Fuchsroehre, Schwedenkreuz and Karussell – these sections of track on the Nuerburgring’s legendary Nordschleife are well-known to motorsport fans all over the world. No other race track is more challenging and nowhere else are drivers and vehicles pushed to their limits like they are on the 20.832-km-long circuit in the German Eifel region. 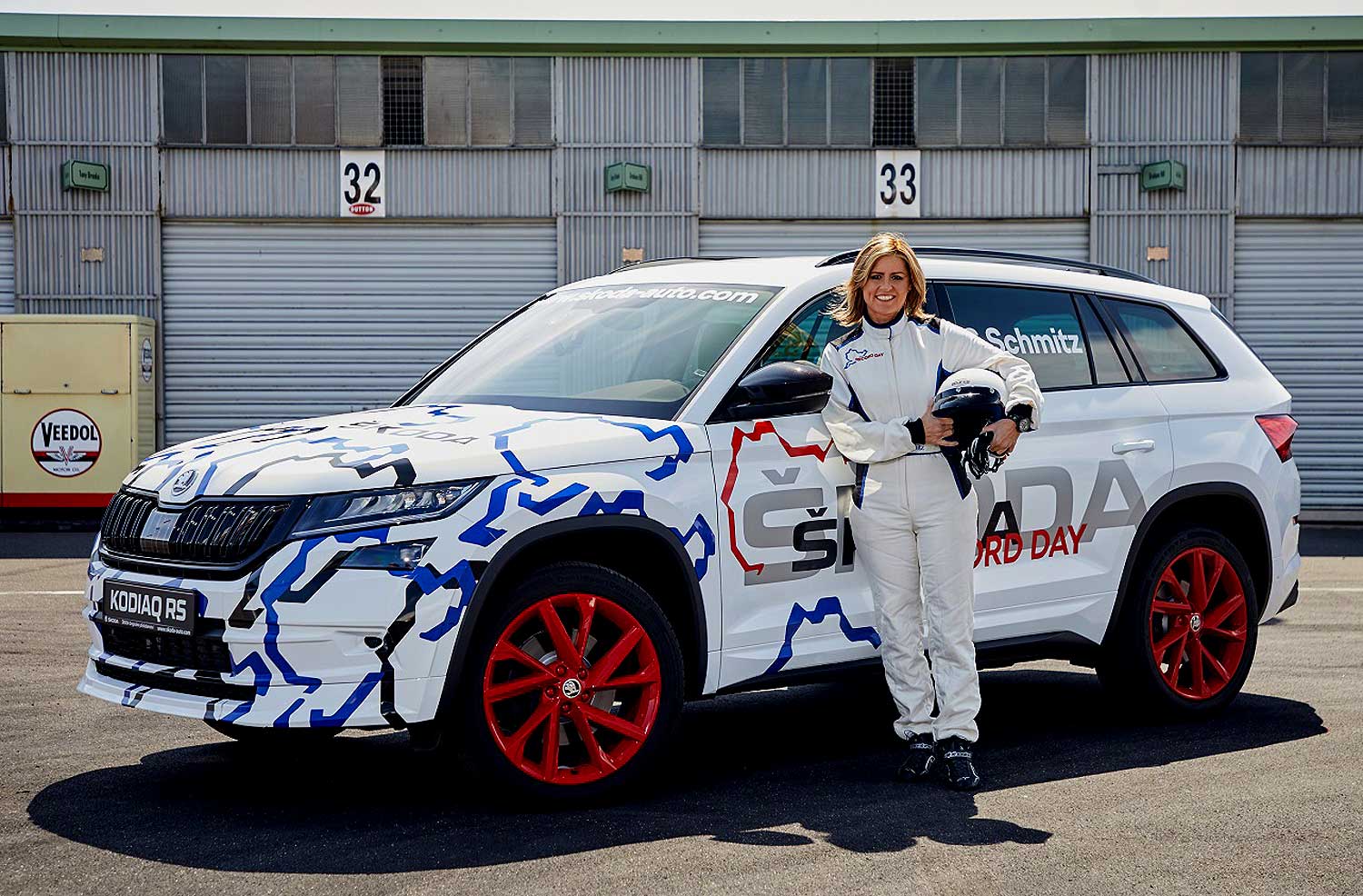 Even before its market launch, Skoda’s first high performance SUV, the Kodiaq vRS, proves that it can hold its own on the most challenging race track in the world: German racing driver lady Sabine Schmitz set a new lap record at 9:29.84 minutes for a seven-seater SUV at the Nuerburgring’s Nordschleife. "The Skoda Kodiaq vRS is great fun on the track," said Sabine Schmitz. "I can certainly imagine that I’ll be encountering the Kodiaq vRS regularly during my laps around the Nordschleife in future," she adds with a wink.

Schmitz regularly participates in the long-distance championship (VLN) and the 24-hour race at the Nuerburgring and in 1996, she became the first woman to win the 24-hour race and won again the following year. Having long been a "Ring Taxi" driver and as a presenter on various car shows, she has become well-known to a wide audience. Schmitz estimates she has driven more than 30,000 laps on the Nordschleife to date.

The new 2.0 BiTDI engine produces 239 PS. Exhaust gases are purified by an SCR catalytic converter. In the Kodiaq model range, the 2.0-litre BiTDI diesel engine is exclusively reserved for the vRS, and thanks to Dynamic Sound Boost, the high-torque diesel engine’s power is immediately apparent. With adaptive Dynamic Chassis Control (DCC) including Driving Mode Select and progressive steering, the all-wheel-drive vehicle – which was still in its camouflage wrap during its appearance in the Eifel region – was perfectly equipped for its record-breaking lap at the Nordschleife.

The Škoda Kodiaq vRS will celebrate its world premiere in October of this year. It will be presented to the public for the first time at the 2018 Paris Motor Show. 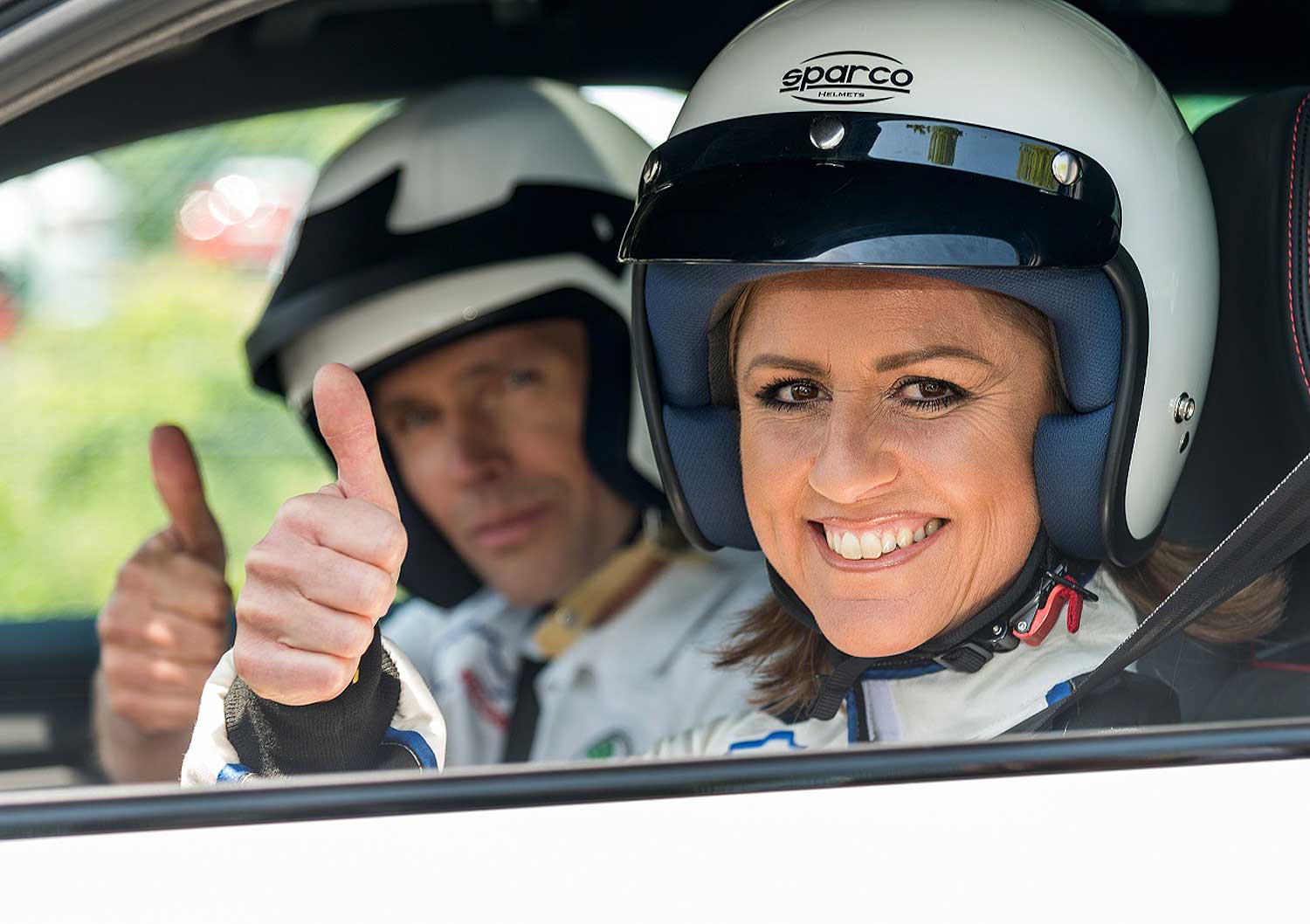 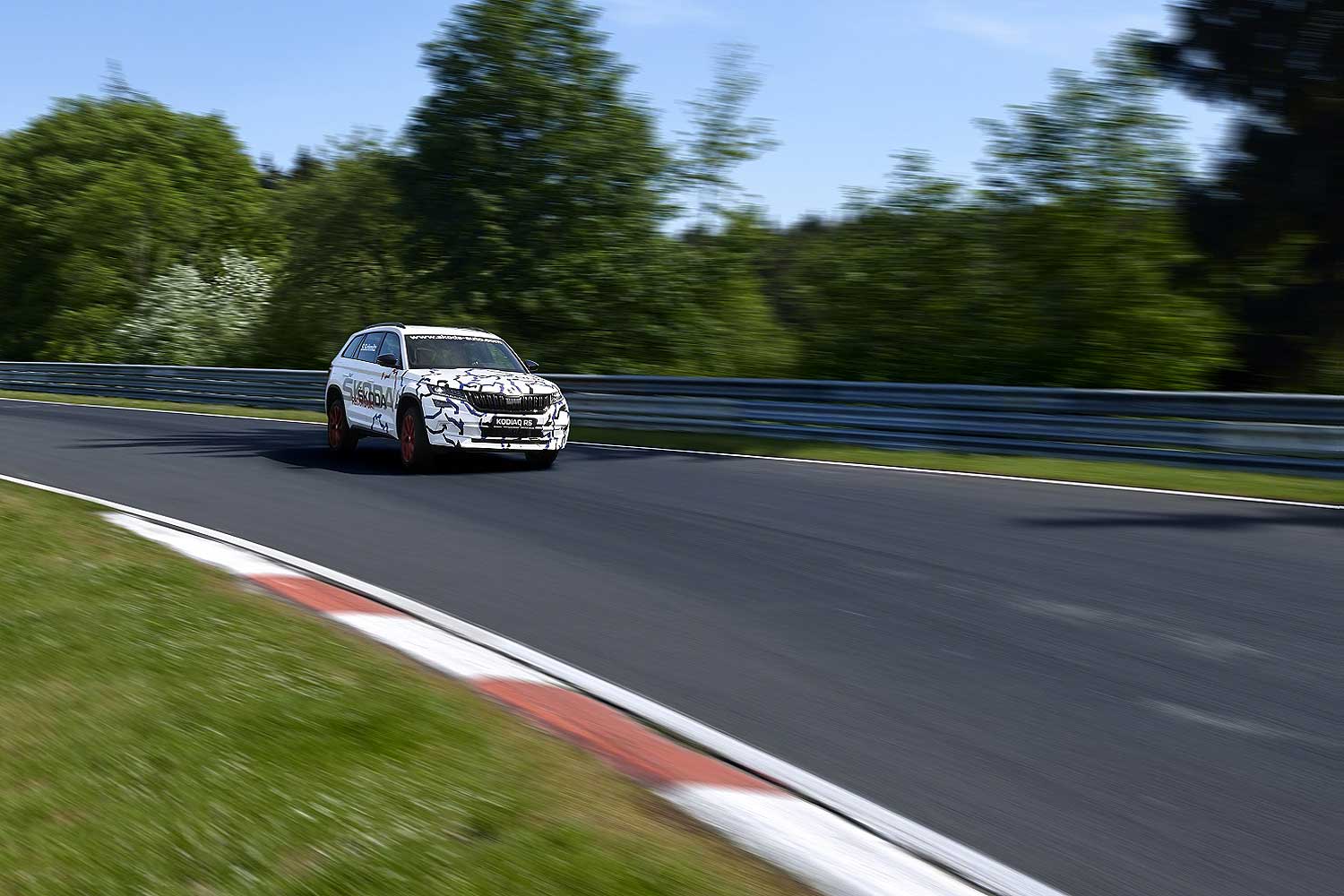