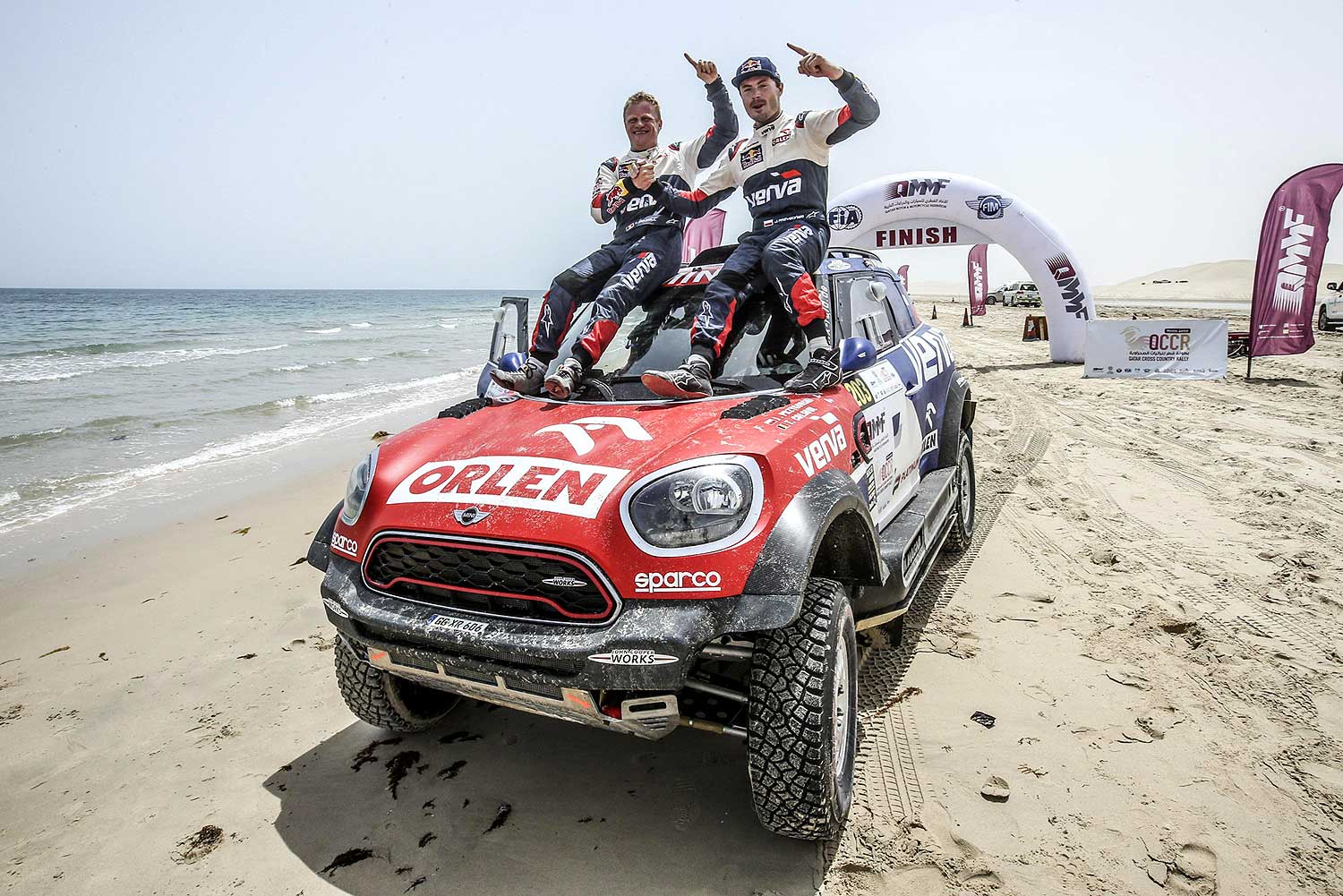 The X-raid Mini crew trailed Qatar’s defending champion and his French co-driver Matthieu Baumel by 14:43 minutes at the start of the final stage of 331.84 km. Al-Attiyah was prepared to play the strategy game and that enabled the Pole to overtake the Toyota and lead the way through most of a stage that cut across the country’s central deserts before skirting the western coastline and then finished with a traditional sprint along a sandy beach to the flying finish near Sealine.

The plan appeared to be working well for Al-Attiyah until he suffered terminal engine issues between the third and fourth passage controls and this opened the door for Przygonski to romp home and claim a famous victory and a 31-point lead in the FIA World Cup for Cross-Country Rallies standings.

Przygonski, who had a winning margin of 40:13 minutes, said: "We are so happy. It was a really tough race from the beginning with the navigation and the terrain. We had no big problems during any of the five stages. Sad for Nasser, but this is motor sport. This can happen always."

"We did not know until the end that we had won. We were running in front but there was a lot of dust. We knew he was in our dust, but the guys at the finish told us that we were winning. We were so happy. For the World Cup classification it is a superb result. There were some tears at the finish. To overcome the navigation and take the win here in Qatar is very special."

An emotional Colsoul added: "This is a very special and emotional win for me for two reasons. I lost a family member on this rally three years ago and to win the most difficult rally in the world calendar in terms of navigation is very special. I am a humble farmer’s boy from Belgium and to come here and beat the best in the world on such a hard rally and to etch your name in the history of the event is a great feeling." 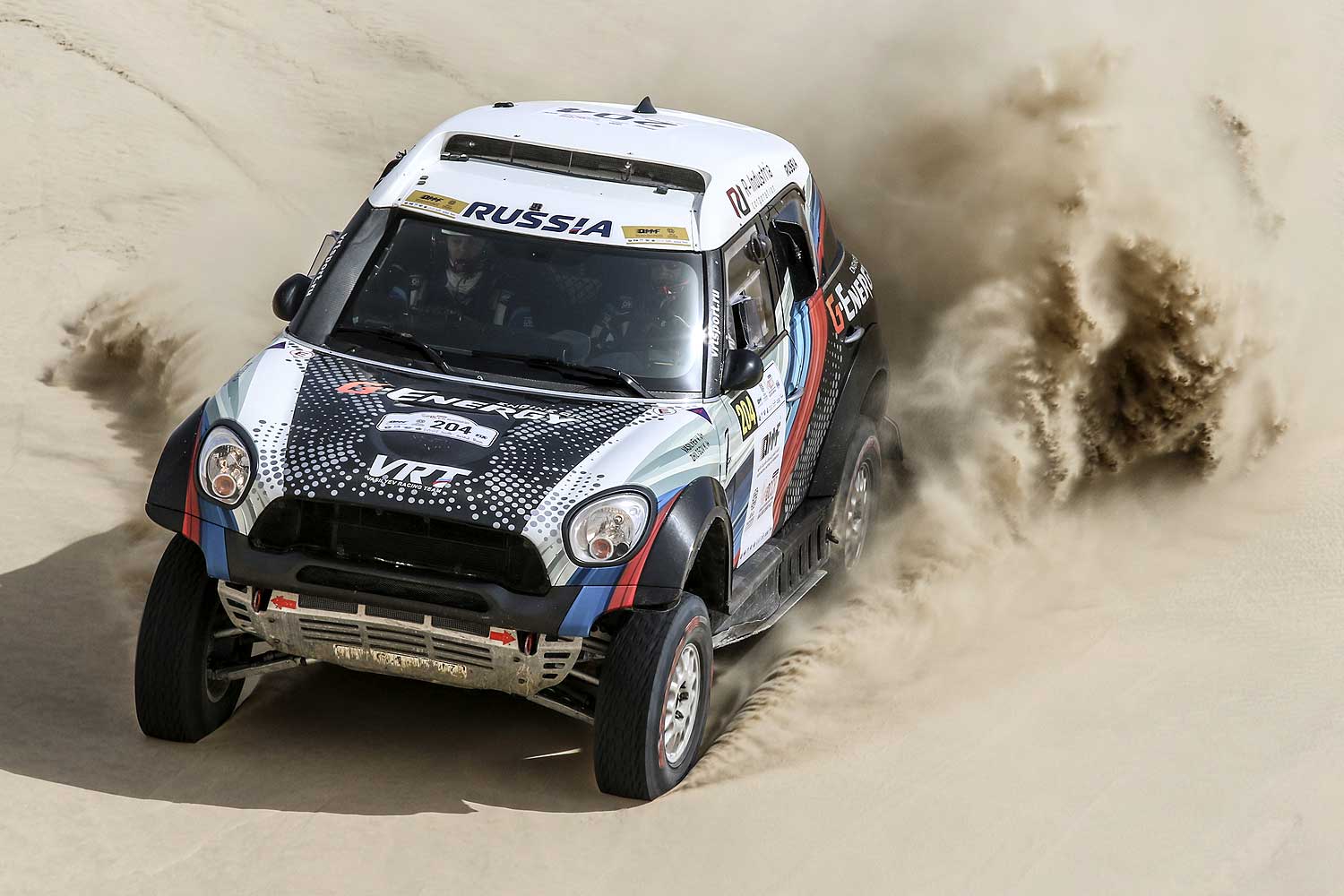 A disappointed Al-Attiyah said: "This is rally. This is a new car. From two days ago we had a small issue with the engine but we tried to keep going. Suddenly, we had an oil pressure alarm and we stopped immediately. We finished at 210 km I think. When we see the alarm it was over. We had no plans for Silk Way before but, maybe now, we have a chance to do this big race in the summer!"

Poland’s Aron Domzala reached the flying finish in fourth position in the second of the Toyotas and Czech driver Martin Prokop continued his push for a first ever FIA World Cup title with crucial points for fifth place. He now holds second in the series behind Przygonski in his Ford F-150 Evo. Dutchman Erik van Loon survived two gentle rolls to finish the last stage with the sith quickest time, but the damage had already been done and he was ninth in the third Toyota.

Qatar’s Adel Abdulla’s began the final stage with a T2 lead of 03:53:03 hours in his QMMF and Ooredoo-backed Nissan Patrol Y62. Saudi Arabian rival Ahmed Al-Shegawi won the day’s stage after Adel stopped with a reported broken rear axle after 265 km and battled in vain to repair the damage. He managed to get going again before the stage finish control closed but an eventual retirement was a bitter blow for the Qatari and handed his Saudi rival the maximum 50 championship points.

Young Polish rider Maciej Giemza vindicated his decision to enter the event on his Orlen Team KTM 450 with a solid finish and a maximum haul of FIM points to snatch the lead in the FIM Cross-Country Rally World Championship after two rounds. Russian quad rider Alexsandr Maksimov secured victory over Dutch rival Kees Koolen in the quad category by the margin of 40min 50sec after both rode cautiously over the final kilometers.

"We are very proud of the organisation this year," said Abdulrahman Al-Mannai, President of the Qatar Motor and Motorcycle Federation (QMMF). "We made a lot of changes, including the set-up for the rally offices, the media and the super stage. We expected a tough rally as always, because of the challenges of the navigation. Many people come here who have been to Dakar and many rallies and think it may be easy. But this rally is very tough as we have seen with the results changing."

"Unfortunately, our hero Nasser was leading all the way to the last stage until he had an engine problem and he had to pull out. We are also proud of Adel’s performance this week in T2."

"It has been a tough year for all of us in Qatar because of the political situation. But we worked hard to make sure that this did not impact the sport. That was our goal from the beginning. We don’t think about politics and mix it with sport. We faced a lot of challenges because of the blockade on our country. Nevertheless, we did not give up and we were determined to have a rally better than in the past. We also received feedback in a positive way from the FIA. We are happy with the way the rally has gone." 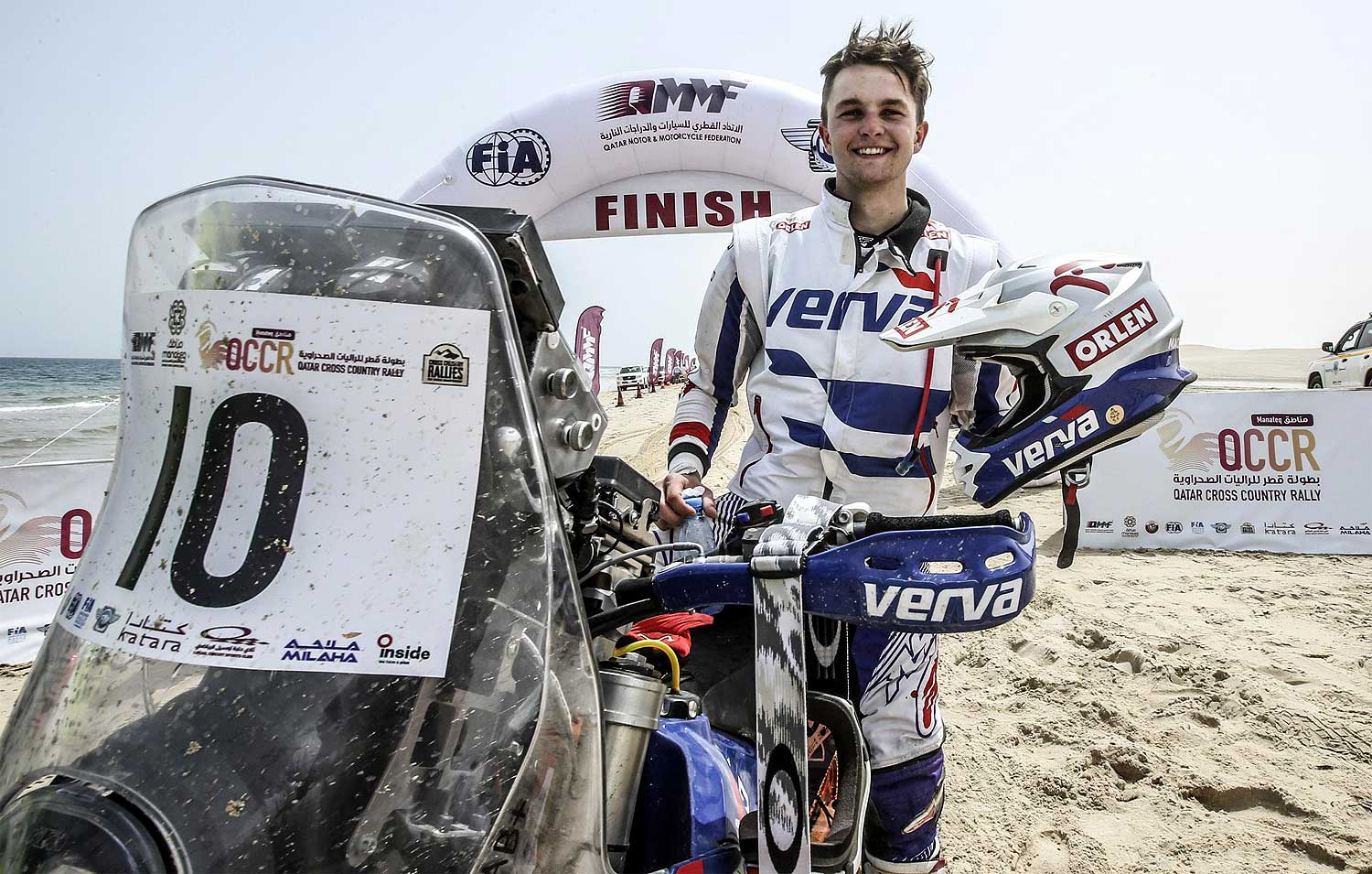 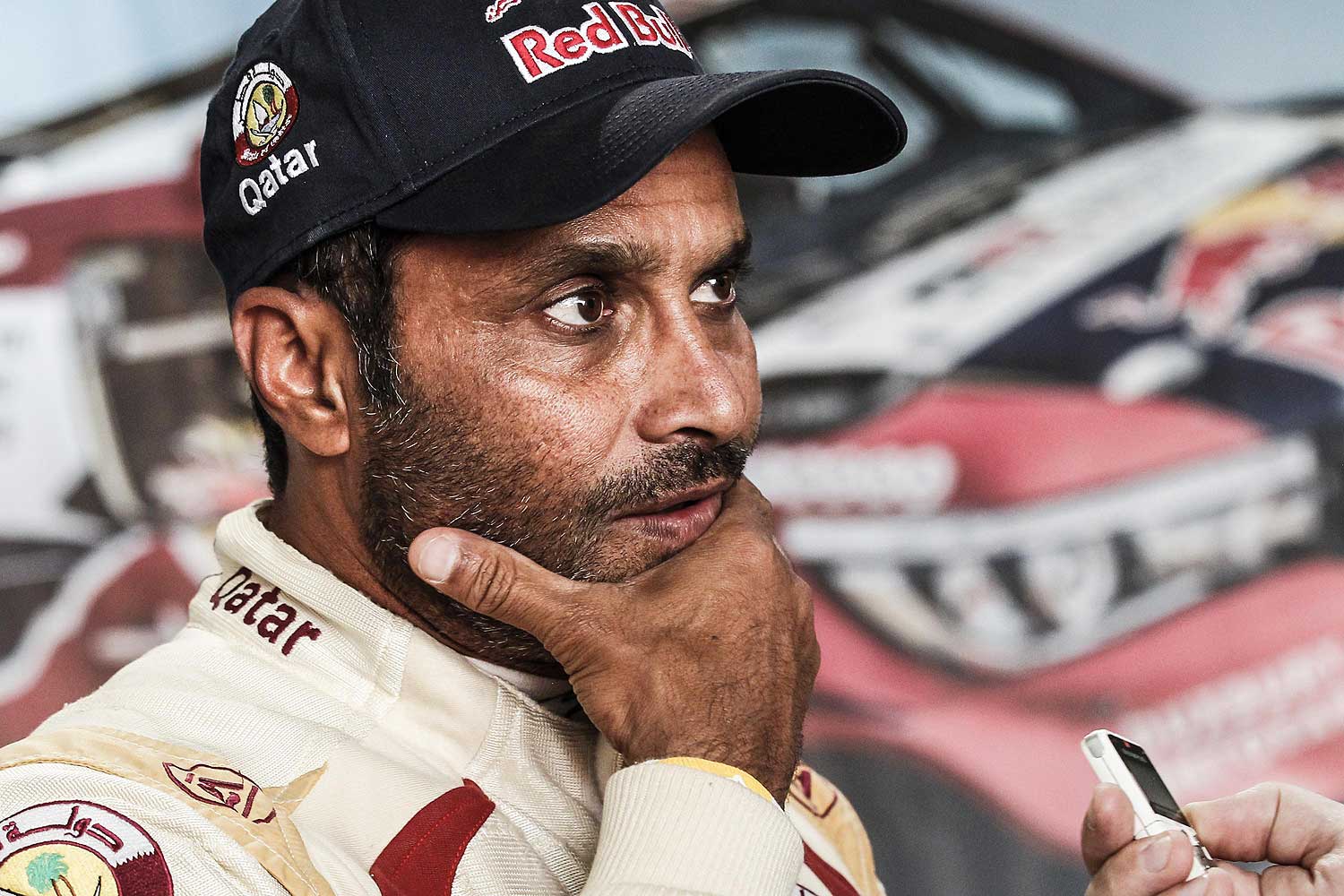