Qatar’s Nasser Saleh Al-Attiyah and French co-driver Matthieu Baumel romped to an emphatic victory on the opening 358.15 km desert stage of the Manateq Qatar Cross-Country Rally today (Thursday). The day’s stage started south-west of Losail and wound its way through the remote western wastelands before crossing the bottom of the country to finish near Sealine in the south. The Toyota Hilux driver began the day positioned eighth on the road, but he delivered another polished performance to extend his overall advantage to 16:07 minutes. 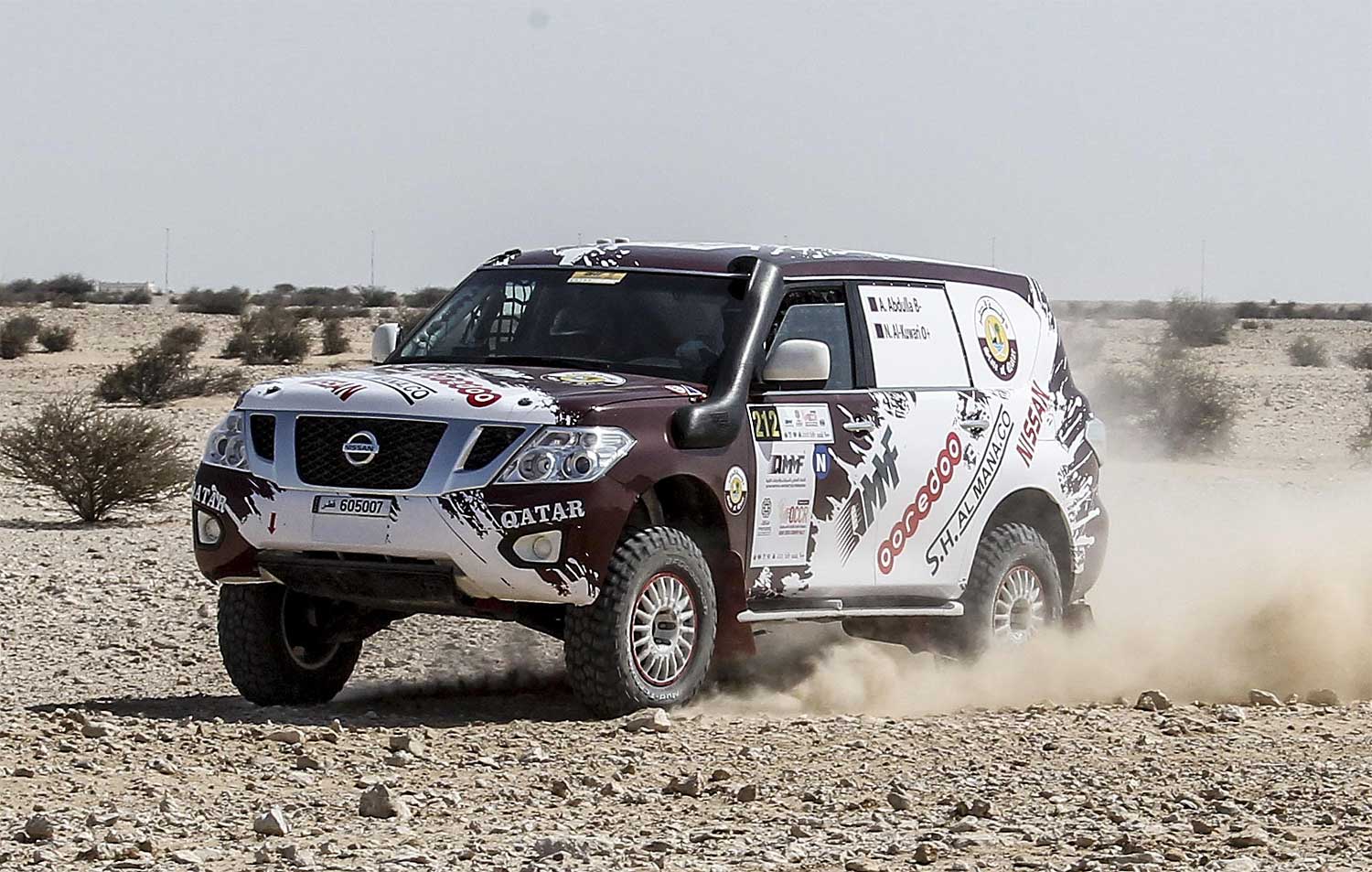 "It was a good job today, but it was a very difficult stage and not easy for the navigation," said local hero Nasser Al Attiyah. "We lose a little bit of time searching for the road and we had one flat tyre, but I am quite happy to be here. Many people made mistakes today. Tomorrow is another day and we try to do our best."

Giniel de Villiers and Robert Howie had to retire after crash

The Qatar debut of Toyota Gazoo Racing South Africa’s Giniel de Villiers came to a premature and painful halt when co-driver Robert Howie complained of back pain shortly after a heavy landing in a deep hole shortly before the first passage control. De Villiers took the sensible decision to retire the Toyota.

De Villiers said: "It was at the end of a shott and I guess there should have been a couple of cautions in the road book. I braked hard but, unfortunately, Rob injured his back and was in a lot of pain. I decided to stop. His health is more important. There is nothing wrong with the car. I wait to see if he is okay after the medical checks."

"Other than that, the navigation is really tricky and I don’t like the system of not being able to go back if you miss a waypoint. We missed a waypoint and got the new one before we knew that we had missed the previous one. It’s not a good system at all. It makes it impossible on the navigation side."

Poland’s Jakub Przygonski lost some time in the middle of the stage with his own navigational issues, but the X–Raid Mini driver hit back over the closing kilometers to pull clear of fellow countryman Aron Domzala to snatch the second quickest time and move up to a similar position in the standings. 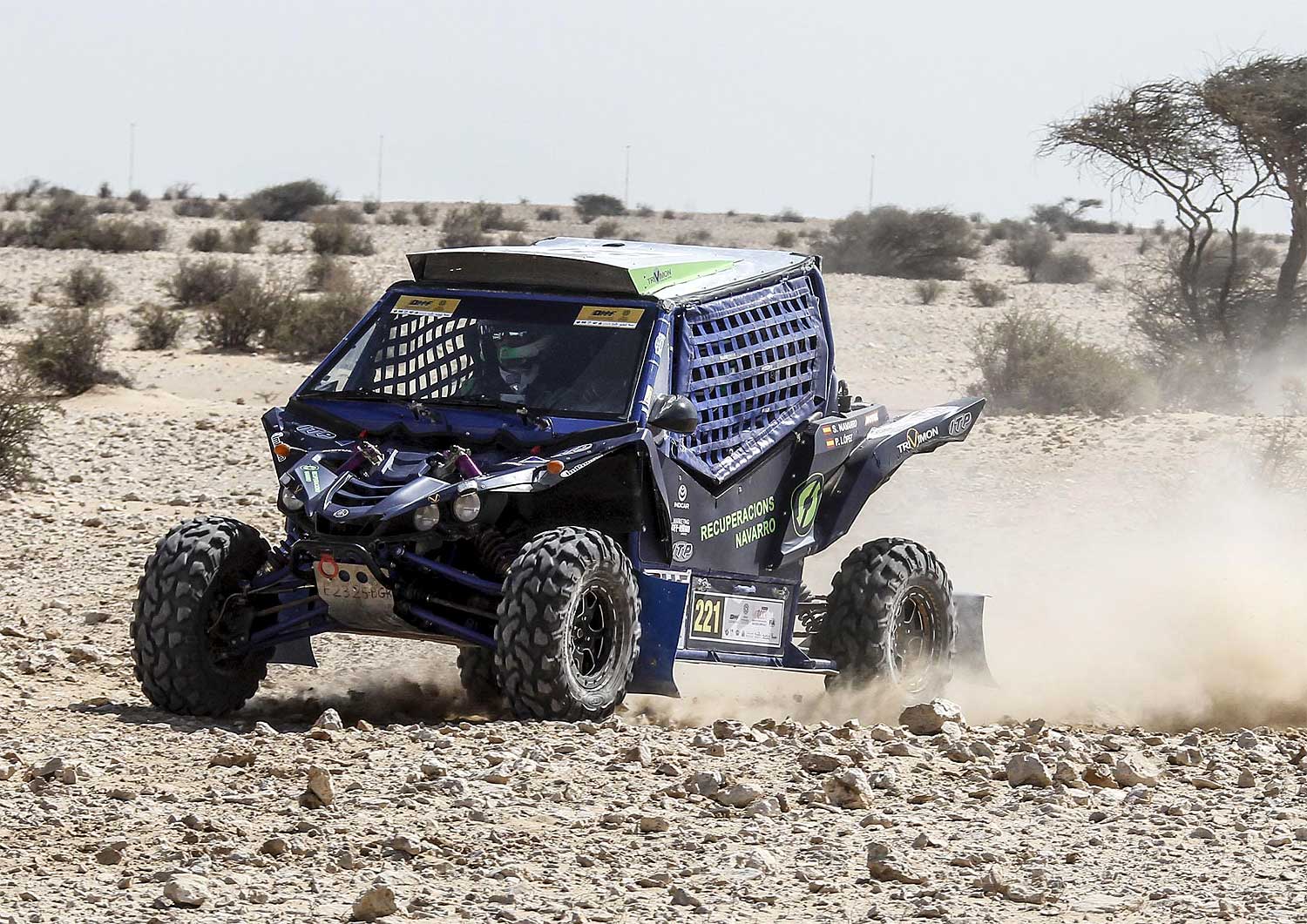 "We are happy for second position but we are not so happy with the rhythm today," said Przygonski. "The speed was okay but we had a lot of navigation mistakes and we lost a lot of time on this, maybe 12 or 14 minutes. This is when Aron (Domzala) catch us. But we are still in the game and the car is perfect. We need to focus on the next days and not make any mistakes."

Dutchman Erik van Loon put Wednesday evening’s Losail mishap to the back of his mind and clocked the fourth quickest time to move up the field to seventh. Saudi Arabia’s Yasir Seaidan and Russian Vladimir Vasilyev finished the stage in fourth and fifth overall and held fifth and fourth in the overall classification, respectively.

FIA World Cup leader Martin Prokop slipped to sixth in the rankings after losing his way in the desert. The Ford F-150 Evo driver said: "The stage was not the most difficult and was quite nice to drive, but it was navigation that was big trouble for us. We struggled a lot. We got lost really properly in the first 55 km. It took a long time to find the right way again. Then we were looking for a waypoint after 200 km and really struggling. It’s a disappointment. The speed was good, the car was perfect. It was a good decision to start 10th. But the two big mistakes have cost us this race. We try and do a good job o the last three stages."

Fournier leading the SSV, only Biker Giemza opens the stage

Frenchman Claude Fournier romped to the T3 stage win in his Polaris RZR 1000 and moved up to an impressive eighth in the overall rankings, after series rival José Luis Pena Campo of Spain lost time early on and both Italy’s Michele Cinotto and Spaniard Santiago Navarro were delayed.

Polish Orlen Team rider Maciej Giemza maintained a level head and survived the rigours of navigating alone from the front to card a stage time of 05:47:56 hours on the sole motorcycle. Russian Alexsandr Maksimov was a comfortable leader of the quad category after Dutch rival Kees Koolen stopped with fuel pump problems on the day’s stage and lost a lot of time.

Giemza said: "It was a great experience to open the stage for the first time. We know how hard the Qatar stages are for navigation and I heard that some of the best guys in the cars also lost some waypoints today. I am happy about the clean stage without a crash. I hope to do better navigation tomorrow."

Tomorrow (Friday), competitors tackle another mammoth loop stage across the State of Qatar. The 340.54km selective section begins to the north of Losail and passes around the northern extremities of the country before cutting across the uppermost deserts to run down the western coast to finish off the Al-Kharsaah Road, west of Doha. 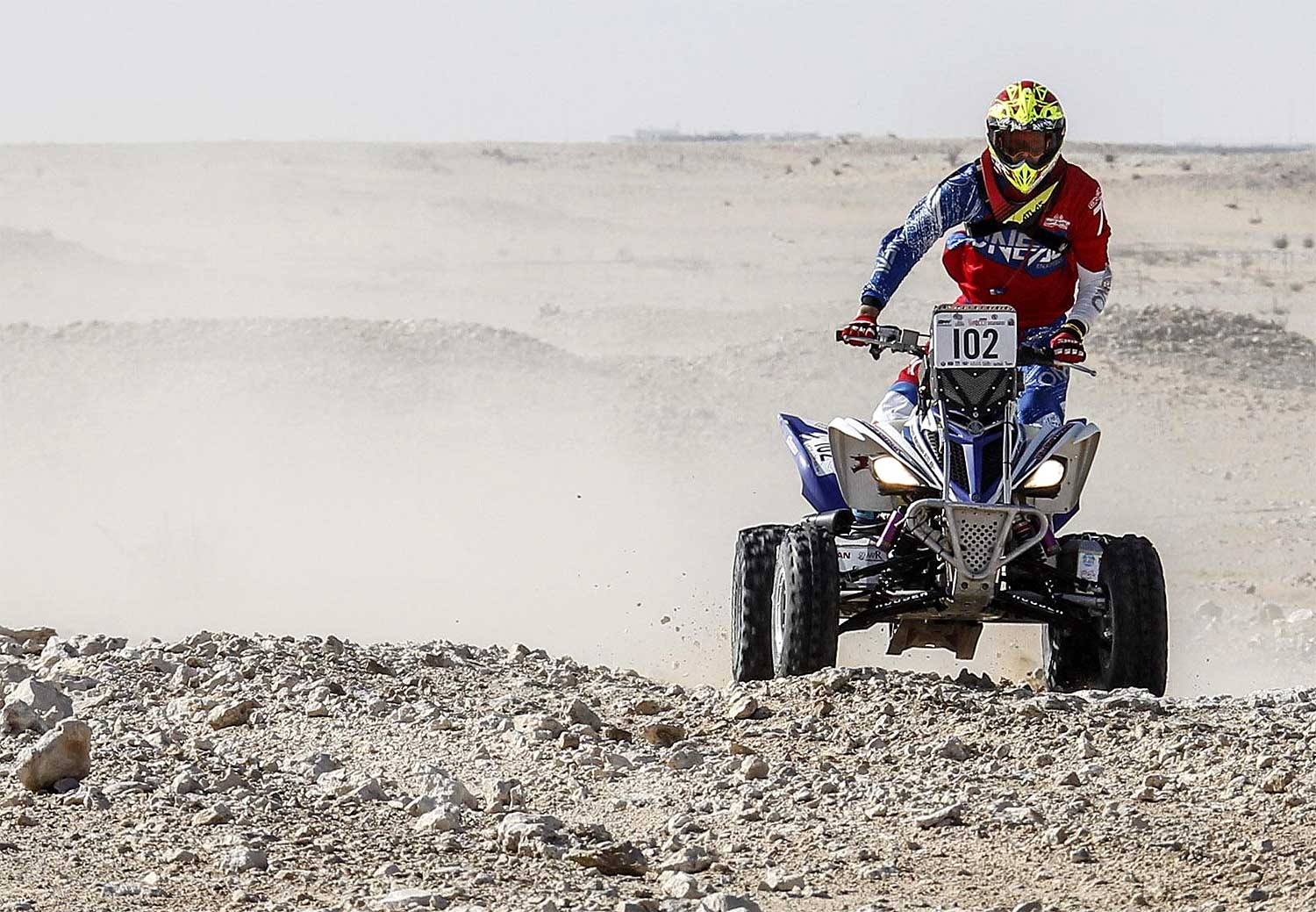 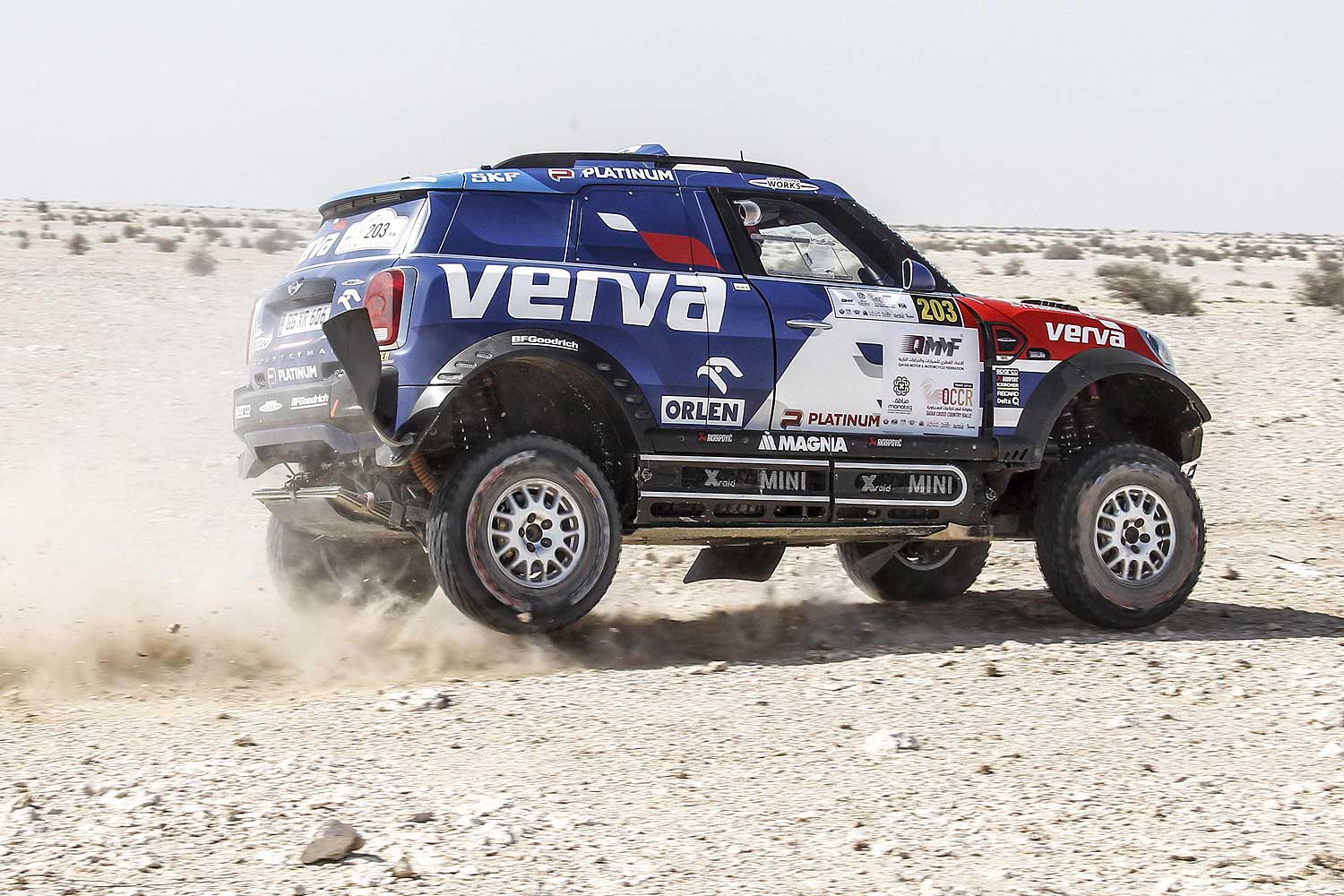