Rally of Patagonia: Rebirth of Argentinian ´Norpatagonico´ this weekend

After 10 years of absence, the Argentinian marathonrally "Desafio Norpatagonico" will be back with the new name "Rally Cross Country de la Patagonia" from February 10th-17th 2018, open for Cars, Motobikes, SSV and Quads. More than 80 teams will start in the six-stages Rally next Saturday under the slogan "From the Andes to the Ocean". The 1,400 kilometers Rally will start in the city of Bariloche via El Bolson, Comallo, Jacobacci, Los Menucos, Valcheta and Las Grutas and will finish in El Condor. 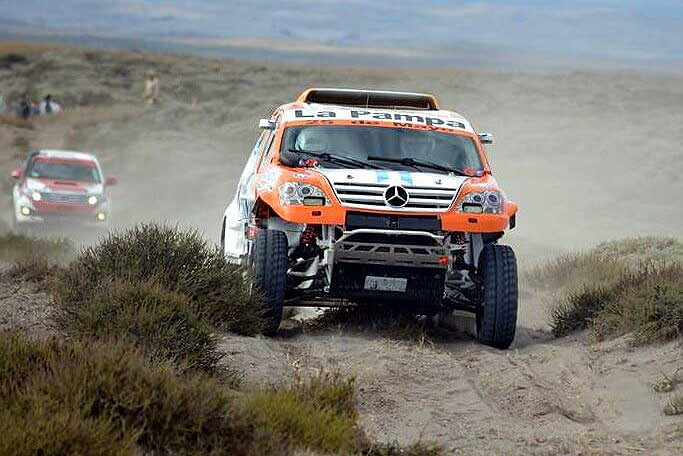 "2018 will be a perfect year to start a new version of the Norpatagonico Challenge, a rally which has a history of 20 years," said Gabriel van der Sandt, Race-Director of the event. "We are cooperating with the local people of the included regions not to make mistakes that attempt against nature. We are not driving 100 per cent cross country but using historic paths and tracks," he explained. "We decided for this early date because we didn´t want to compete against international events, in which some of our competitors will start."

An interesting thing are the classes, which starts with a "T" like in the international classes, but are totally different. T1 (international for prototypes) here stands for benzin-cars, T2 for diesel-cars, T3 for 4x4 prototypes, T4 for 4x2 prototypes, T5 for SSV, T6-8 for motobikes and T9 and T10 for quads.