A dizzying 99 turns and 999 daunting steps didn’t stop the new Range Rover Sport PHEV from completing a world-first at one of China’s most famous landmarks. The petrol-electric performance SUV has become the first vehicle to climb the stairs to the natural rock arch of Heaven’s Gate. The challenge began at the bottom of the legendary 11.3km Tianmen Mountain Road (known as the Dragon Road). The showroom standard Range Rover Sport P400e took on the demanding course, with Panasonic Jaguar Racing’s Ho-Pin Tung behind the wheel and the Terrain Response 2 system in Dynamic mode. 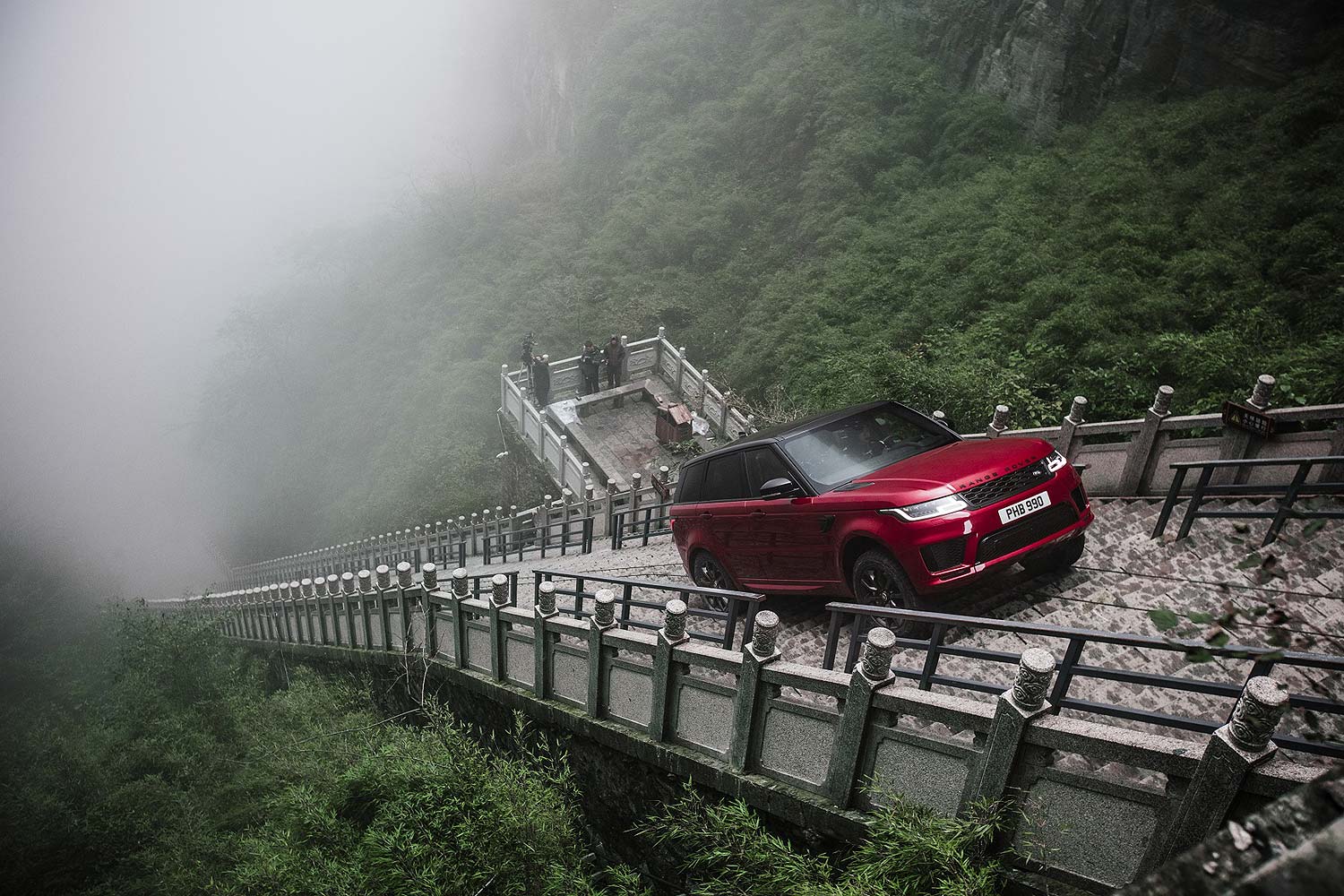 At the summit of the road, the Formula E driver optimised Terrain Response for the second part of the challenge, conquering the towering 45-degree staircase of 999 steps leading to China’s legendary Heaven’s Gate using a combination of Ingenium petrol and electric battery power.

Ho-Pin Tung said: "I’ve experienced Formula E, Formula 1 and won at the 24 Hours of Le Mans but this was without doubt one of the most demanding driving challenges I’ve ever faced. The Range Rover Sport PHEV performed brilliantly as it inspired real confidence on the mountain road and climbed the stairs up to Heaven’s Gate effortlessly."

The new PHEV powertrain gives the Range Rover Sport a zero-emission EV range of up to 50km when fully charged but Ho-Pin Tung used its advanced 300PS Ingenium petrol engine and 116PS electric motor to make short work of the road section of the challenge. The performance SUV then showed its uncompromised all-terrain credentials by climbing the steep staircase to the natural rock arch.

Phil Jones, Land Rover Experience expert, said: "This was the hardest Range Rover Sport challenge I’ve ever been involved with because, until we reached the top, we couldn’t categorically say we would succeed. By making it to the summit, we’ve proven the phenomenal capability of the Range Rover Sport plug-in hybrid like never before – with a genuine world first."

The Dragon Challenge is the latest in a series of adventures completed by the Range Rover Sport after the PHEV model made its debut in a race against two-time open-water swimming world champion Keri-anne Payne and endurance athlete Ross Edgley in Devon, UK.

Previous exploits include a record-setting hill-climb at Pikes Peak, USA, a record crossing of the ‘Empty Quarter’ desert in the Arabian Peninsula and a 2,170m descent of the legendary Inferno downhill course in Mürren, Switzerland.