A beefed-up FIA Class, a Toyota versus Ford battle in Class T and some old and new faces characterise the Production Vehicle category at the "Mpumalanga 400" in Dullstroom, the first round of the South African Cross Country Series (SACCS), on March 16 and 17.

But some things don’t change, and the combination to beat remains the Toyota Gazoo Racing SA Hilux pair of Giniel de Villiers, the South African champion and fresh from another podium at the Dakar Rally, and Rob Howie who has another Dakar top 10 under his belt. De Villiers and Howie are a new pairing, but such is their experience - and the domination Toyota Gazoo Racing SA has enjoyed over recent seasons – they must be installed as early championship favourites. 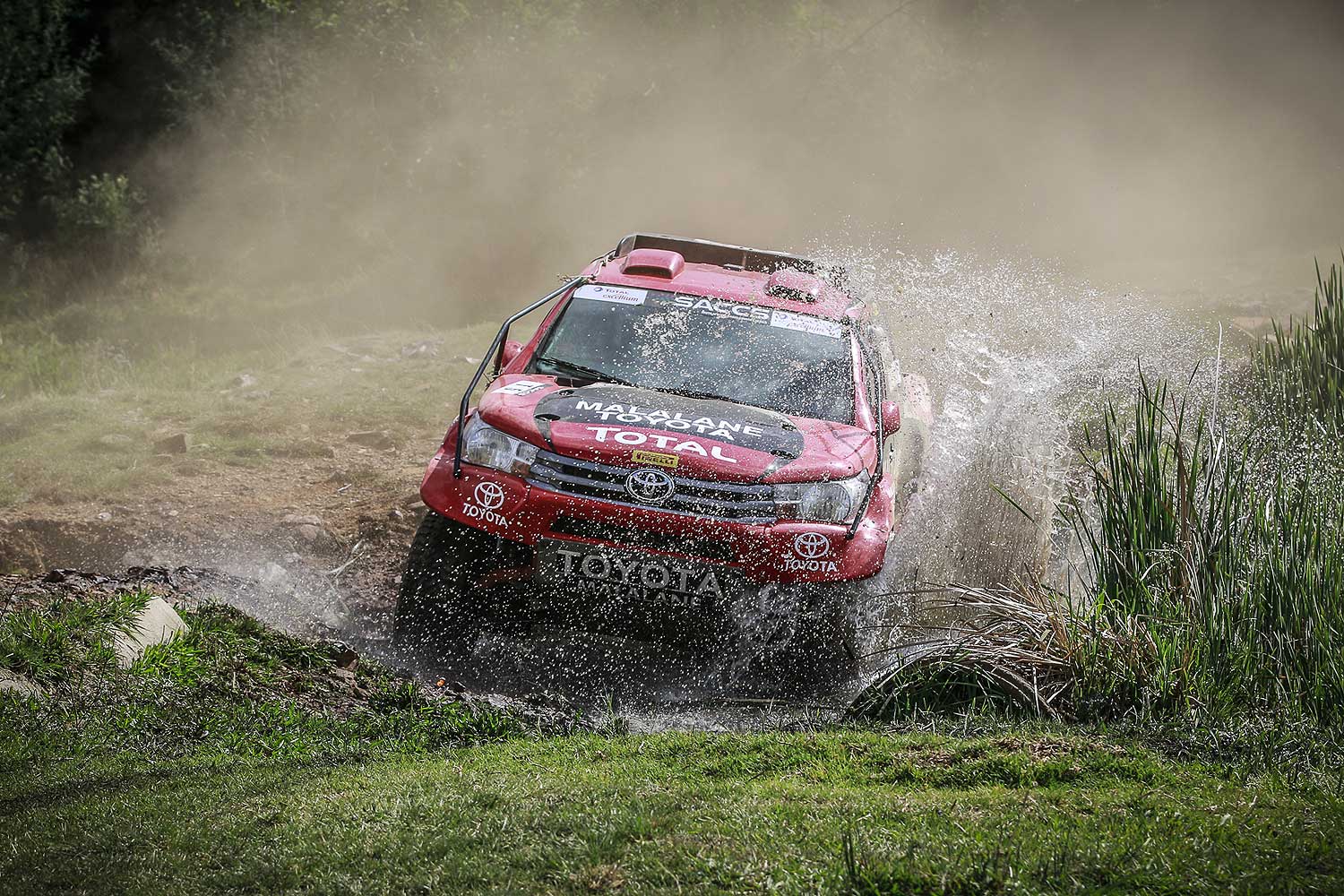 Their team-mates will be young Henk Lategan and current SA co-drivers’ champion Dennis Murphy who last season sat alongside de Villiers. Lategan, whose father Hein is a former Toyota factory driver, served an apprenticeship with the Ford NWM squad in 2017 and left no-one doubting he is a star of the future.

Lategan will no doubt feed off de Villiers and campaigning the Dakar spec Hilux models immediately give the Toyota Gazoo Racing SA squad a psychological advantage. But the FIA Class has been considerably beefed-up.

The FIA Class will also have an international flavour via Dubai based pair Thomas Bell and Patrick McMurren in another Red-Lined Motorsport Nissan Navara. It could be said that the FIA Class has come of age, and with the likes of Visser/Herselman and Venter/van Aardt added to the ranks the Toyota Gazoo entries might yet come under considerable pressure.

Bell and McMurren finished sixth in this weekend’s Dubai International Baja, round two of the 2018 FIA Cross Country Rally World Cup, with team-mates Shameer Variawa seventh and Luke Botha and Gerhard Schutte in eighth place. In a hectic three weekend schedule the Red-Lined team will compete in Dullstroom before heading for the Abu Dhabi Desert Challenge, in the United Arab Emirates, from March 24 to 29.

A late entry saw another car added to the FIA Class with Brian Baragwanath, of Dakar Rally quad fame, and Leonard Cremer out in the Century Racing CR 5. The car was campaigned in the Dakar two years ago by the late Colin Matthews, with Bragwanath and Cremer joining team-mates Corbett and Burke in the Dullstroom line-up. 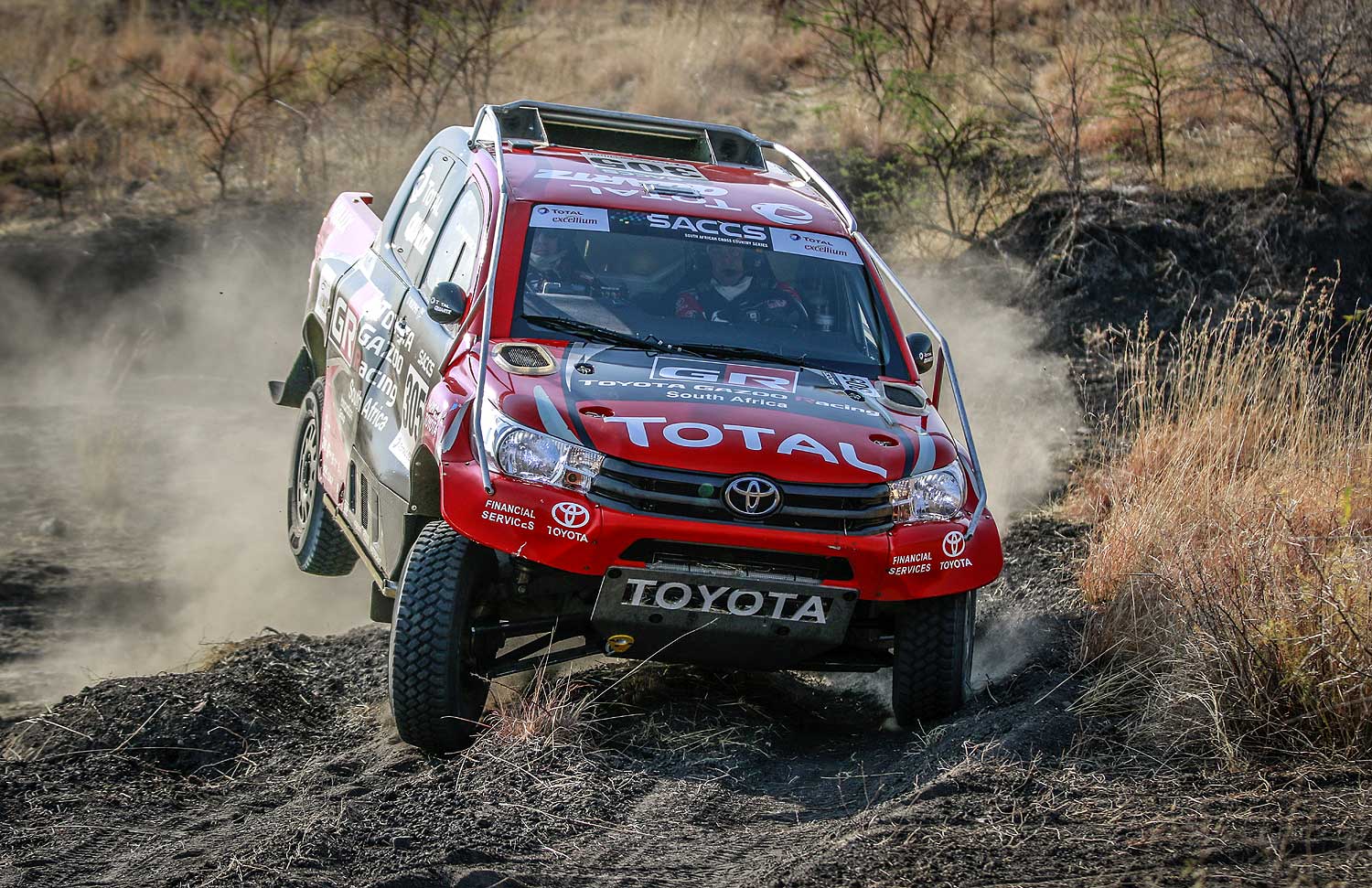 Class T is shaping up as a two-horse battle between Toyota and Ford with a little interference from a pair of youngsters in a BMW X3. Reigning champions Johan and Werner Horn (Malalane Toyota Hilux) will again lock horns with Lance Woolridge/Ward Huxtable and Gareth Woolridge/Boyd Dreyer in a pair of Ford NWM Rangers.

That battle will be like old times, but it will be three against one with the Ford NWM team bolstered by Brazilians Marcus Baumgart and Kleber Cincea, who have signed on for the duration of the championship. Ford can also call on Jacques van Tonder and Sammy Redelinghuys, but the main interest will centre on the Horn/Woolridge family battle.

The Toyota troops will be bolstered by the experienced Malcolm Kock who teams up with Sean van Staden, son of Johan van Staden, and a blast from the past in Ramon and Maret Bezuidenhout. The Bezuidenhouts, who have relocated from the East Rand to Hoedspruit, have bought their original Toyota Hilux from Kock and return to action after a number of years.

There is also a return to action for Gary Berthold, now partnered by Geoff Minnitt in an Atlas Copco Toyota Hilux. Berthold has been out of action since last year’s Toyota Desert Race when the Atlas Copco Amarok was destroyed by fire and is likely to run interference in the Horn/Woolridge battle. 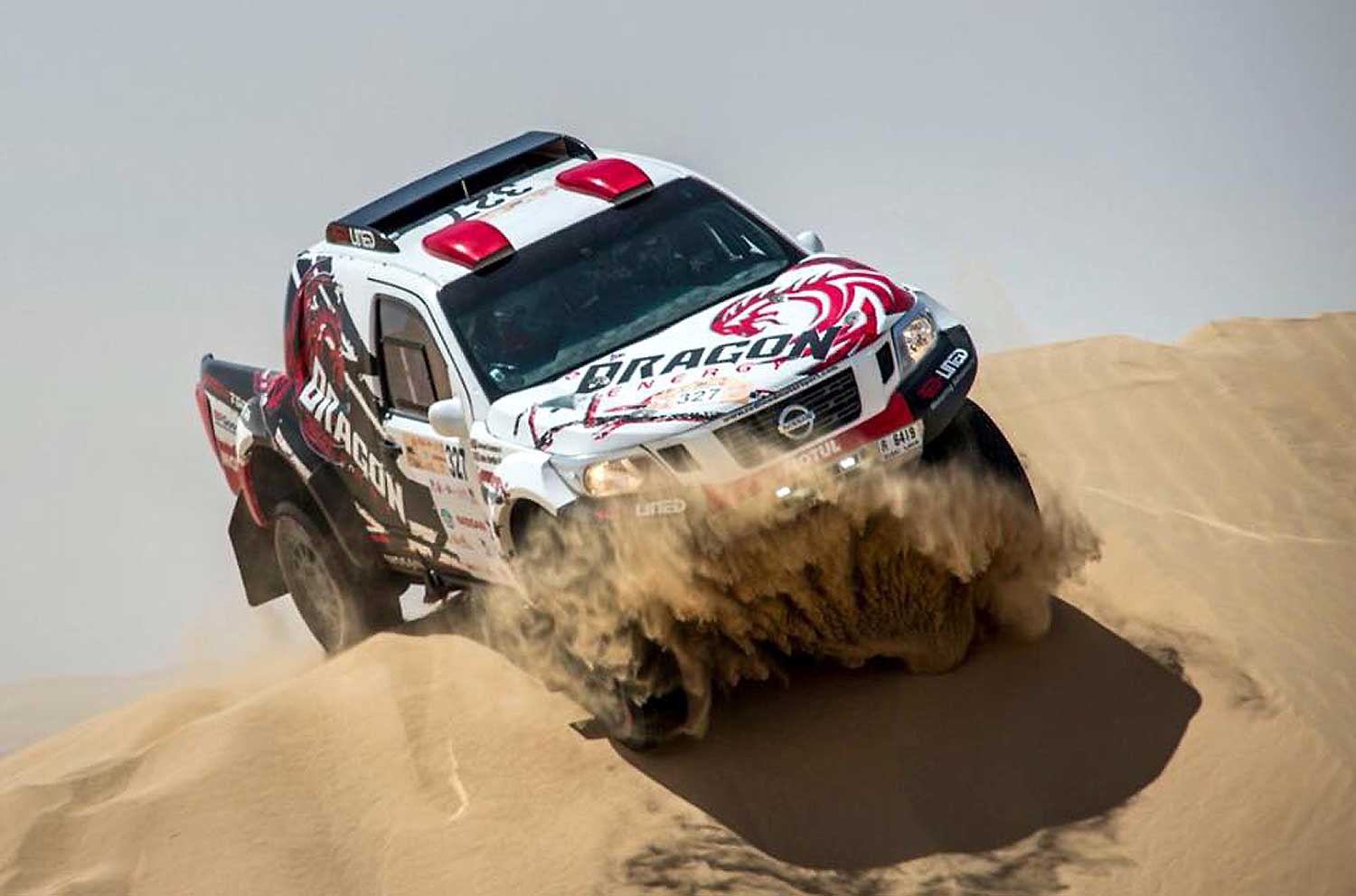 Class T also sees a new face in Dylan Venter, son of Deon Venter and younger brother of Jason, who has come up through the ranks of the Northern Regions championship. Venter will be partnered by Donovan Lubbe in a 4x4 Mega World ARB Toyota Hilux, and with a racing pedigree his progress will be watched with interest.

There will also be considerable interest in Richard Leeke junior and Henry Kohne in the ex Vossies BMW X3. The pair finished third in Class S last season and join the big guns in Class T where they will combine rally and cross country programmes.

Class S, for cars up to four litres with solid rear axles, is a little thin on the ground. Archie and Kent Rutherford (Atlas Copco Toyota Hilux) and David Huddy/Gerhardt Schutte (Nissan Navara) are the only entries.

The 45 kilometer qualifying race to determine grid positions will start at 13:30 with a ceremonial start on Friday, March 16 and the race on Saturday at 08:30. The race will be run over a 170 kilometer loop that will be repeated twice. There will be a compulsory 20 minute service break and regroup after the first lap. The second lap will start at 12.00.

Race headquarters will be located at the Old Transvaal Inn adjacent to the Village Green Cricket Oval and the designated service park. Public entrance to these areas and vantage points along the route is free of charge, while various community organisations in Dullstroom will offer a variety of food and beverages.

Dullstroom is within comfortable reach of major centres in Gauteng, Mpumalanga and Limpopo, but the RallySafe app allows cross country fans to watch the race from home or the office. The app follows the race via detailed maps with times and complete results and can be downloaded free of charge for iOS and Android devices.