With the retirement of multiple South African champions Evan Hutchison and Danie Stassen and current champions Marius and Jolinda Fourie committed to a limited campaign this season, the Special Vehicle category championship is up for grabs when the "Mpumalanga 400" race gets underway in Dullstroom on March 16 and 17. 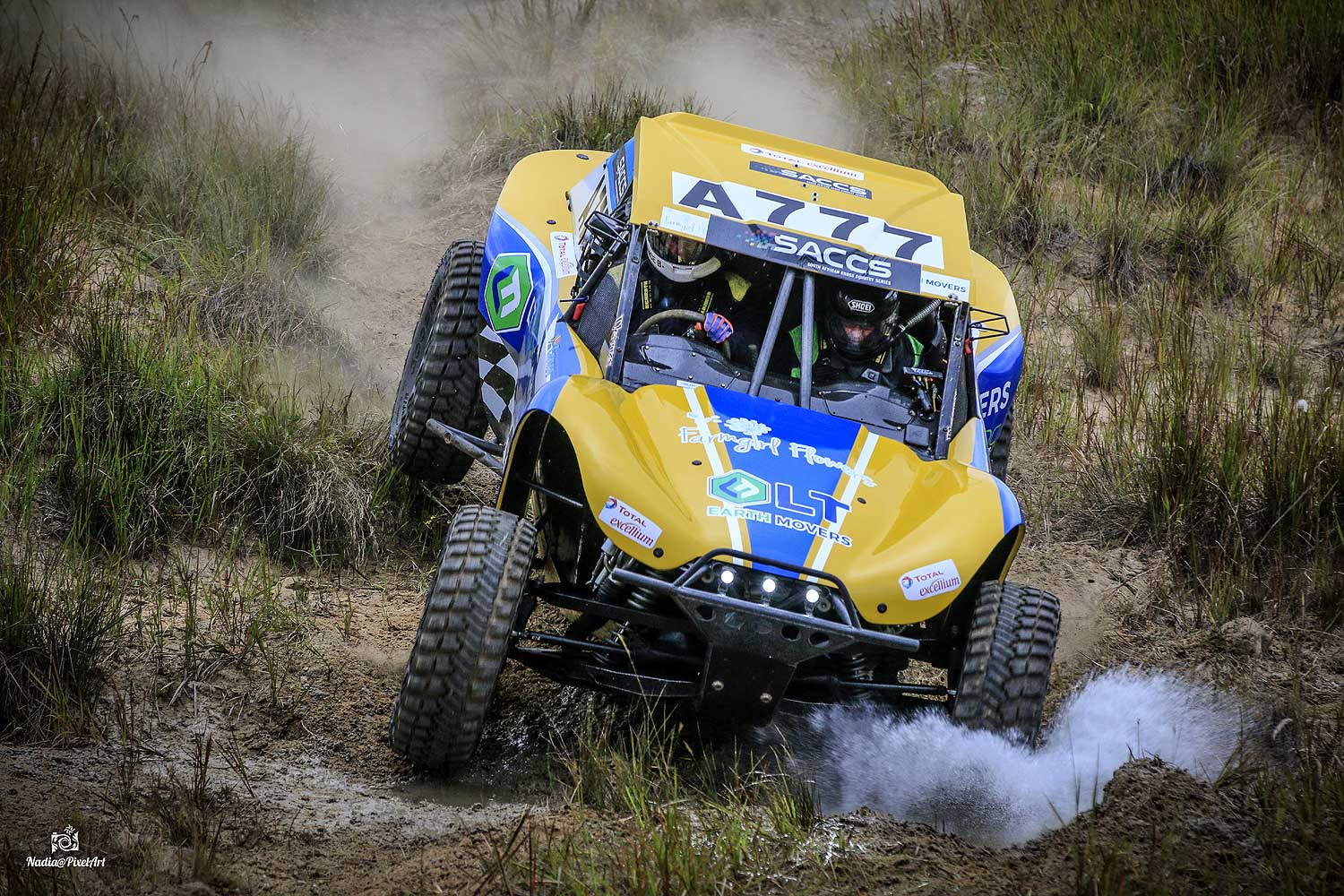 Hutchison and Stassen have called it quits on distinguished careers to signal the end of an era while the Fouries, who clinched last year’s overall and Class A championships by narrow margins, will only compete in selected events this season. That throws both championships wide open and shifts the spotlight onto crews like Stefan van Pletzen/Jaco Pieterse (Live Lesotho Chenowth), former Class P champions John Thomson and Maurice Zermatten (Zarco) and current Class P champions John Telford and Victor Ntsekhe (BAT) who step up a class this season.

The Chenowth might be a bit long in the tooth – the car is a 2005 model – but carried van Pletzen and Pieterse to two wins and two seconds last season. Van Pletzen finished second in the overall and Class A championships with Pieterse third among the co-drivers with consistency their forte, and that makes them dangerous opponents from a championship point of view.

Thomson and Zermatten did not do themselves justice last season in the switch from Class P to Class A. They are unlikely to repeat the performance and with consistency also their strong point, they should prosper in championships where gathering in regular points is often more important than the number of wins in a season.

Telford and Ntsekhe swap cars and classes with Keith Makenete and Ntaote Bereng with the latter dropping into Class P. The only blemish in the Telford/Ntsekhe 2017 campaign came in the second heat of the Toyota 1000 Desert Race, and race reliability will also be a factor where they are concerned.

That also applies to Coetzee Labuscagne and daughter Sandra Labuscagne-Jonk in the 4x4 Mega World ARB Porter. Labuscagne will start his 102nd race to draw level with former SA champion Terence Marsh at the top of cross country racing’s #Club100 with the Labuscagne’s also inclined to grind out results rather than blow the opposition to the weeds. 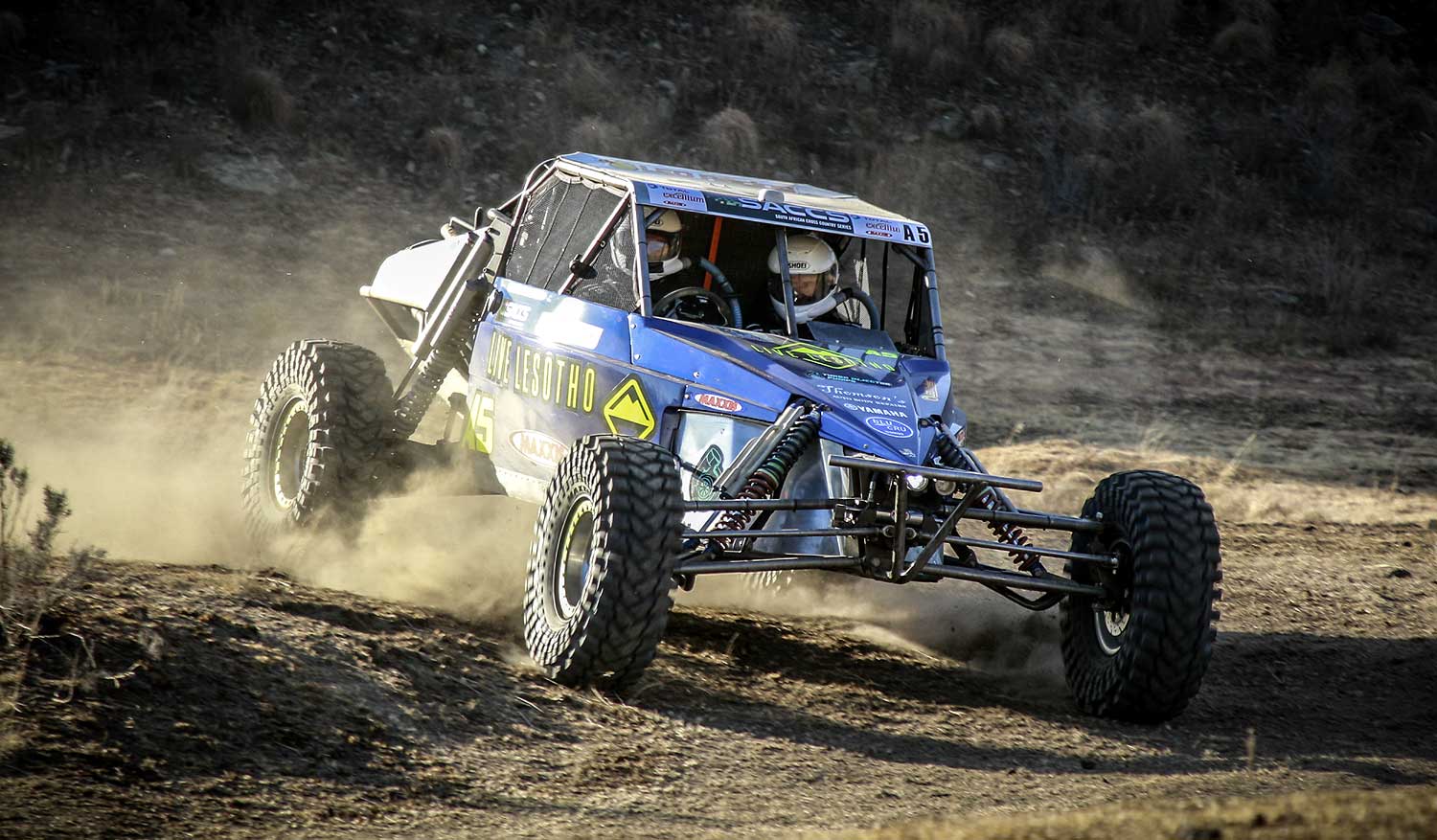 One driver who is capable of mowing down the opposition is KwaZulu-Natal based Lance Trethewey in a BAT Venom. Trethewey, with a co-driver yet to be announced, is a proven race frontrunner and if he commits to all six events in the championship will be a distinct threat.

Werner Kennedy, with CJ van Pletzen calling the notes, is another competitor who has stepped up to Class A from Class P. Kennedy has bought the ex Clint Gibson Porter and will run the car under the Live Lesotho banner.

Kennedy was a strong contender for Class P honours last season, and it will be interesting to see if he and Telford can adjust to the demands made by a step up in class.

Class A will be rounded out by the two Tyre Rack entries of Naeem Moosajee/Rayhaan Bodhanya (Stryker) and brothers Talha and Taahir Moosajee in a Jimco. Moosajee and Bodhanya are both old hands who are capable of upsetting results while Talha – who recently became a father for the first time – and his brother will continue a learning curve that started last season.

The event will also include the Interprovincial Challenge for SSV

The only entries in Class P will see Makenete/Bereng (BAT) up against Nic Goslar and Andrew Massey in the SA Clinics Zarco Magnum. Goslar and Massey were in contention for the Class P title last season and only fell at the last hurdle.

The event will also incorporate the first round of the Interprovincial Challenge (IPS) for Class G, or Side-by-Side (SSV) cars to be held at all SACCS events this season. The SSV competitors will complete the qualifying race and the first loop of the main event and will start after the national championship cars.