V8 engines... everyone loves ‘em. We’re not talking brawny but basic American iron, and the bent eight is no longer the preserve of the American Big Three, which made the configuration a performance synonym when pushrods, carbs and "three-on-the-tree" gearshifts were still the automotive fashion. No, most everyone has one in their inventory and a V8 is handy for fitment into relatively small spaces and also has inherently good smoothness and balance – especially handy for large-capacity diesels. 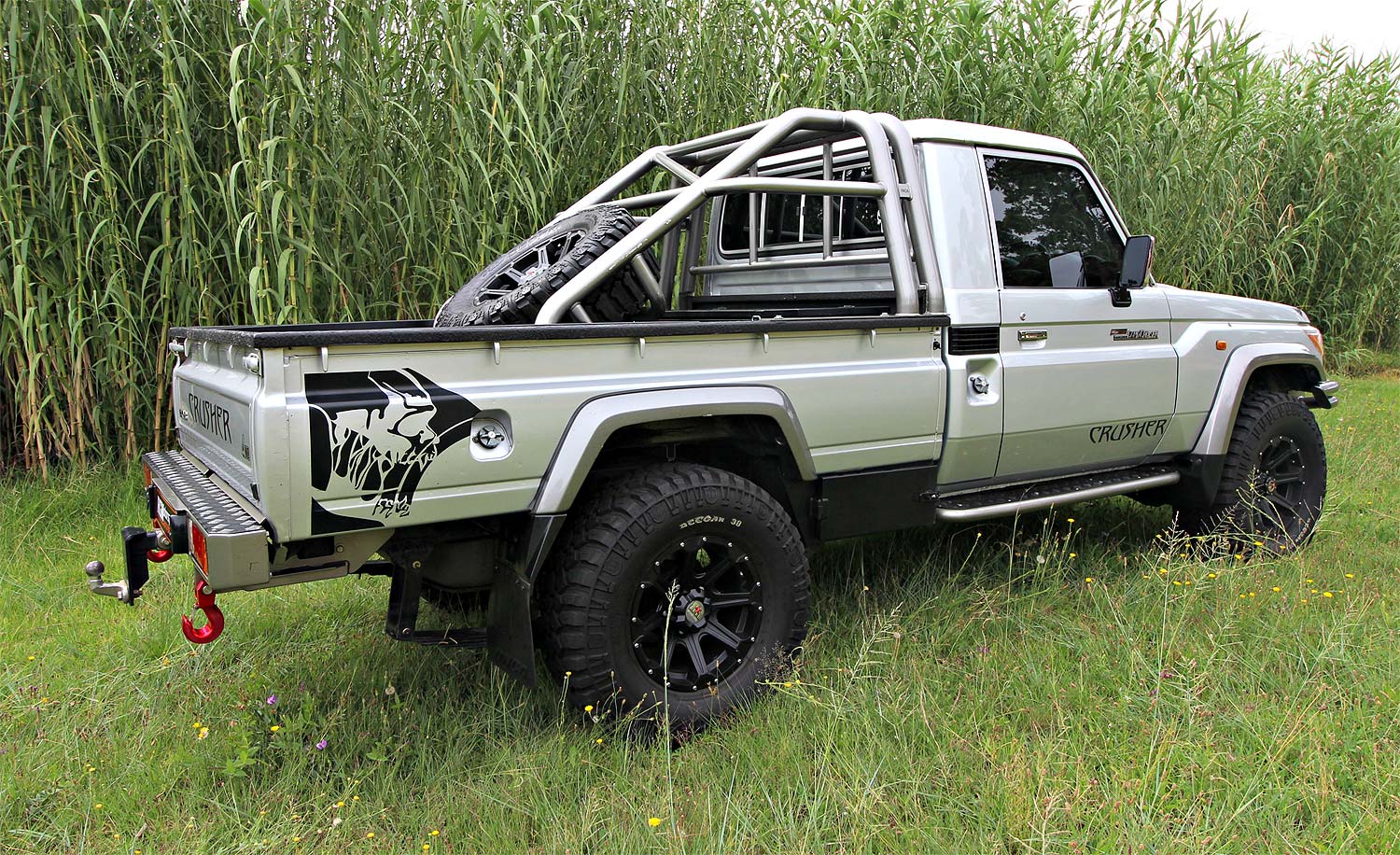 Which brings us to Toyota’s 79 Land Cruiser Pickup, which is available with a mellow 4.5-litre turbodiesel with eight cylinders. And for agricultural executives in a hurry (lambs being born, cows needing milking, eggs needing collecting etc), South African RGMotorsport has added a high-performance Stage Three to their existing aftermarket offerings on the big oilburner.

Farmers – or anyone for that matter – will appreciate a 370 HP mountain of thrust accompanied by an equally prodigious 913 Nm wedge of torque. Moving mountains just got a lot easier. Standard numbers on the 4.5-litre turbodiesel are 205 HP and 430 Nm and RGMotorsport has taken a holistic approach to adding 80 percent to the former and 112 percent to the latter.

The conversion boasts a 76mm Techniflow exhaust system, fatter turbocharger, a substantially enlarged intercooler to keep intake air at a desirable temperature and an upgraded clutch assembly rated at 1,000 Nm – it’ll stand up to serious abuse. Ensuring the pressurised fuel and air mix goes bang at the right time and in the correct proportions is a Unichip Uni-Q, the local engine management system.

"The longer I’ve been in this game I’ve come to realise that more is, indeed, more," said Rob Green, founder of RGMotorsport. "Our 246 HP Stage One and 292 HP Stage Two Land Cruiser V8 packages have already proved immensely popular with a clearly-defined buyer but the feedback was that they wanted extra grunt. We’ve obliged and the main difference to the S2 is a bespoke turbocharger rather than a hybridised standard one, and the inclusion of the bulletproof clutch."