The Mint 400: Bryce Menzies squeaks out overall victory at The Mint 400 Race

The 6 PM sunset meant that there were many teams that spent more than half the race with their lights on trying to beat the 11-hour time limit for the race, and even the winners finished in the dark. As the sun dropped below the horizon the rain began to fall, limiting dust but creating its own challenges with regards to traction and visibility. 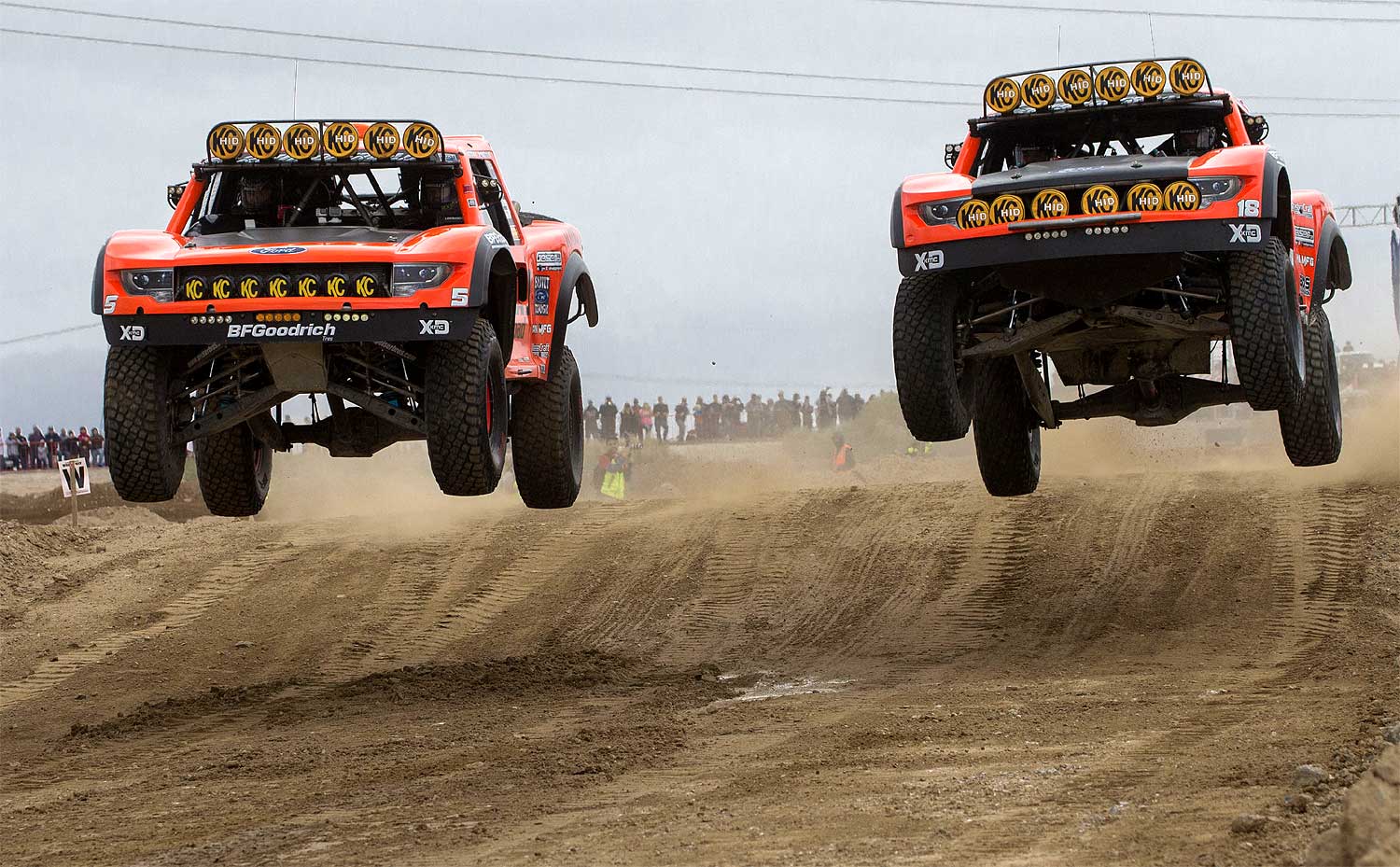 Only 80 of 180 racers reached the finish line by midnight, completing three laps on the varied 118-mile course that contained everything from four-foot-deep whoops to hairpin turns to lakebeds that allowed for triple digit speeds. They were greeted by the hardcore race fans, "Best in the Desert" (BITD) staff and volunteers, and family and friends who stayed until every car had crossed the line. The Great American Off-Road Race had it all, and next year promises to be even bigger with the return of motorcycles and quads for the 51st annual Mint 400.

For the third year in a row, the winner of the "BFGoodrich Tires Mint 400" has been decided by mere seconds. In an all-out assault across nearly 400 miles of the most brutal terrain on earth, Bryce Menzies edged out Apdaly Lopez by a mere 28 seconds to win the 50th anniversary of the Mint 400.

"My grandfather passed away last week," Menzies shared. "He was always such a role model for me and I want to make him proud; this win is for him."  The Las Vegas native completed three laps on the brutal 118-mile course in five hours and 52 minutes with an average speed of 60 mph. Menzies followed up on his 2013 victory to join a distinguished group of racers including Andy McMillin and Justin Lofton as repeat winners of the Mint 400.

RPM Offroad’s Apdaly Lopez lead the race at the start of the final lap, but the setting sun conspired against him. "The light bar on our roof wasn’t functioning," Apdaly explained. "We hit a rock and the air jack wasn’t working, so we needed to use our mechanical jack to change out the tire." While he retained the lead and was the first physical finisher of the race, that situation cost the Baja champion three minutes, which was enough to give the victory to Menzies. 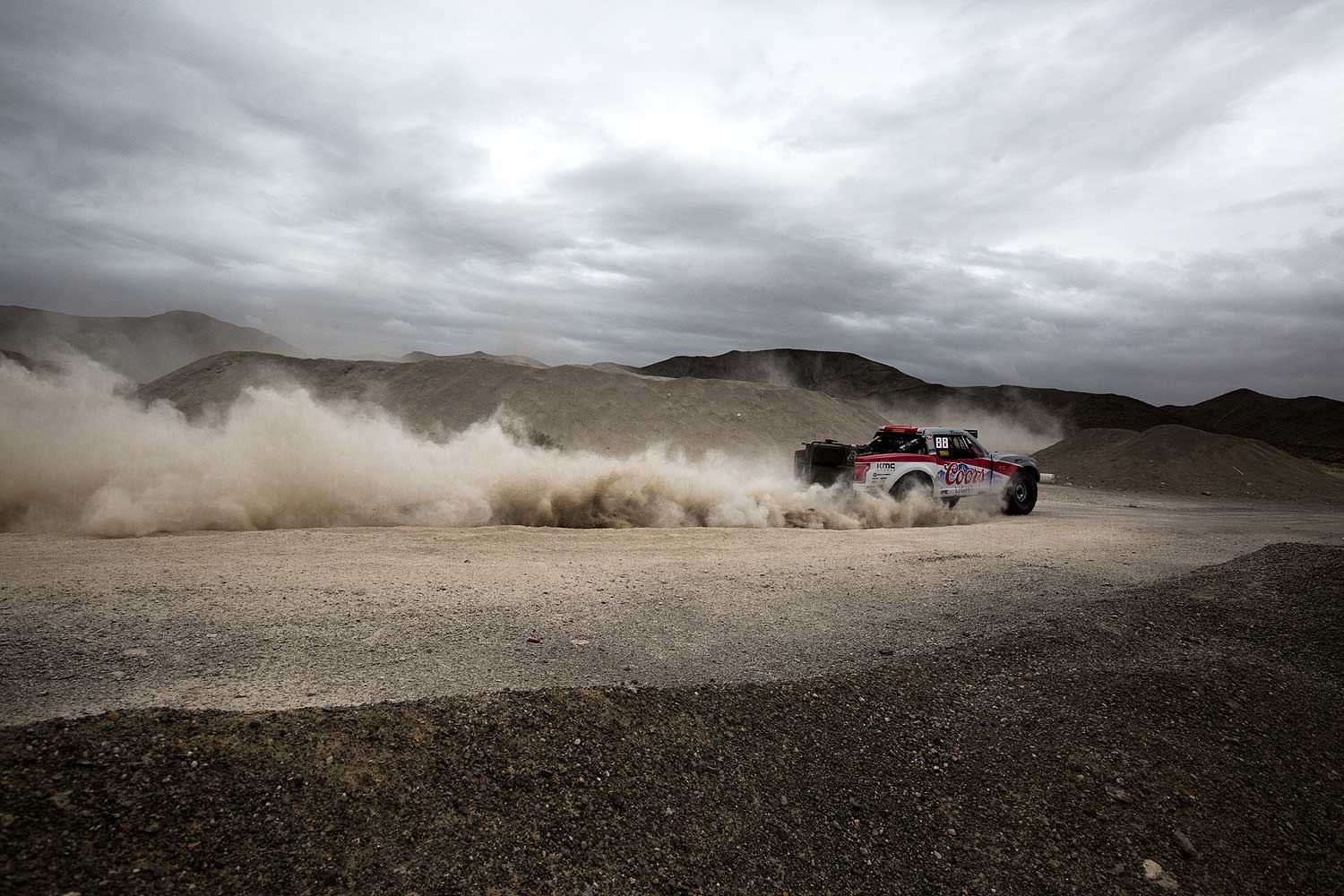 The podium was rounded out by Ryan Poelman, whose son won the closely contested UTV Pro (1900) class earlier in the day. Poelman’s Ready Gunner team won the Method Race Wheels Pit Crew Challenge earlier in the week, and their skills and efficiency were enough to put him on the podium, beating the fourth-place team of Victor Gruber and Dale Dondel by less than a minute on corrected time.

The day started with famed UFC announcer and Las Vegas icon Bruce Buffer introducing the drivers to the huge crowd with his signature style. Fast qualifier Harley Letner was able to stay up front for the first lap, but a flat tire on the second lap allowed the lead trucks to get past his 1500 Class buggy. "I can hold those guys off," Letner confessed, "but once they get ahead of me I can’t reel them back in. This course is just too rough for that."

The technical difference between Trick Trucks and 1500 makes it special

To put things in perspective, Letner did beat all but seven of the Trick Trucks and won the 1500 class by over an hour ahead of second place finisher Brian Parkhouse. While the Trick Trucks typically use a front engine configuration and a solid rear axle under the fiberglass body, 1500 Class buggies use a rear engine with a transaxle. This limits the available rear wheel travel relative to a Trick Truck, putting the buggies at a disadvantage in rough terrain.

Demonstrating that strong qualifying is not a requirement for victory, Bobby Pecoy beat 48 competitors in 6100 and finished the race 21st overall after qualifying 34th at Thursday’s Method Race Wheels Time Trials. Pecoy has been a model of consistency working his way up to the top of the box in his Monster Energy Desert Assassins truck. He finished third in class at the Mint 400 last year and second at the recent Parker 425 prior to winning this year’s Mint 400 ahead of Terry Householder and Nick Mills. The 6100 class is similar in appearance and configuration to a Trick Truck but mandates a sealed crate engine to limit expenses and level the playing field, making it truly a drivers’ class. 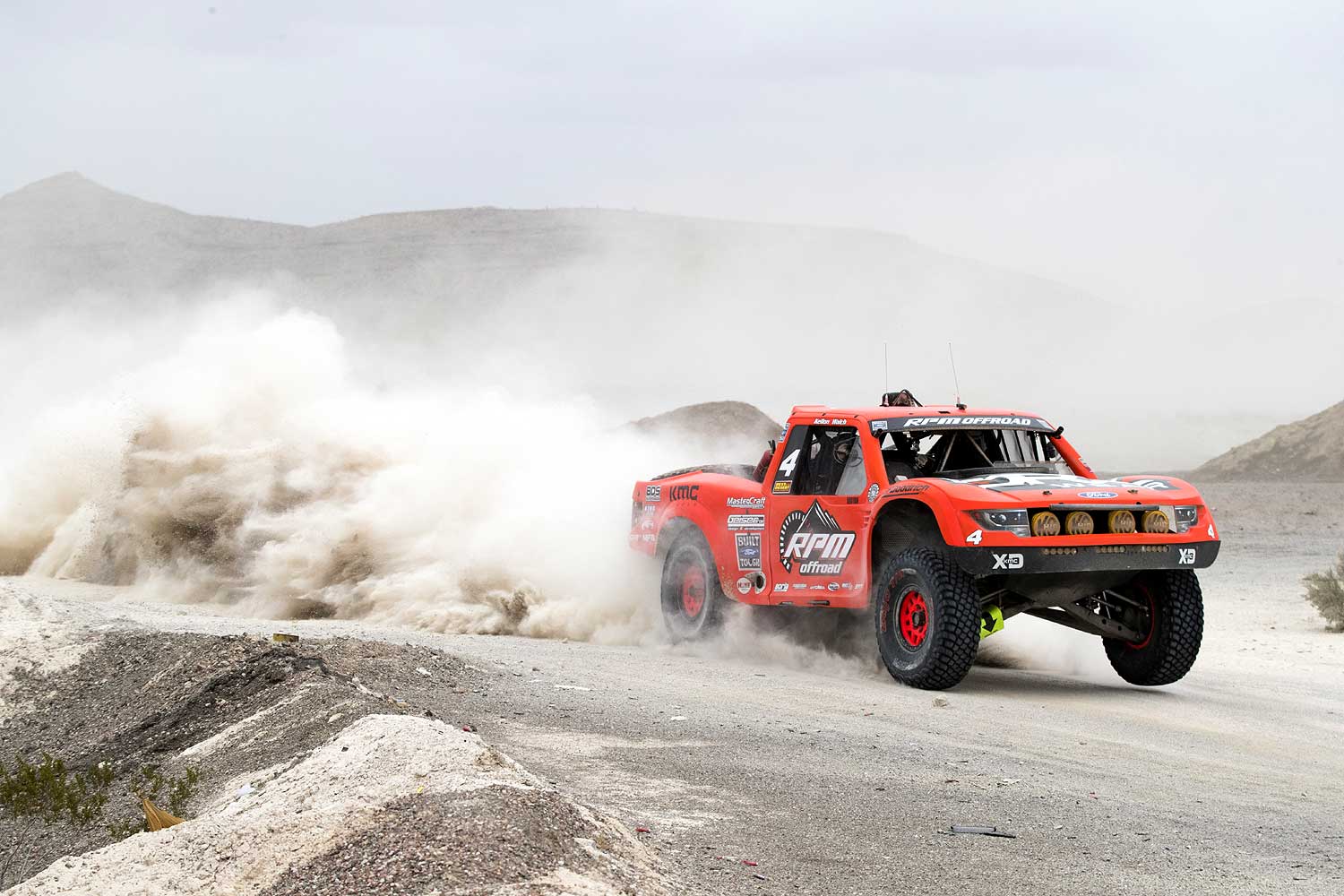 The King of the Hammer’s 4400 cars came to play at the Mint 400 this year with a deep class of 29 entries. 13 of those vehicles reached the finish line by the midnight cutoff, led by Utah’s Paul Horschel, Casey Currie, and Loren Healy (respectively). Horschel’s desert-inspired Jeep relied on the Fox bypass shocks and huge 42-inch BFGoodrich tires to stay beat Currie by over 20 minutes.

"This was the roughest race I have ever run," Horschel confessed. "I broke the rear off the race after six miles and had to run the entire race without a spare tire or a jack." KOH winner Jason Scherer finished the Mint 400 fourth in class, putting him at the front of the Triple Crown that includes King of the Hammers, the Mint 400, and the Fall Crandon short course race.

While desert racing is predictably dominated by teams from the southwest, Indiana’s Mike Neff won the 7200 class ahead of Jeff Proctor. The 7200 class is essentially a scaled down version of Trick Truck that requires a six-cylinder engine. As crew chief for Top Fuel’s Tony Schumacher, Neff knows how to get the most power out of any engine, and at the Mint 400 he proved that he is just as capable behind the wheel as he is with a torque wrench in his hand. Neff wasn’t the only crossover from NHRA’s Don Schumacher Racing; Antron Brown also competed in the Mint 400 in the Polaris RZR Star Car. 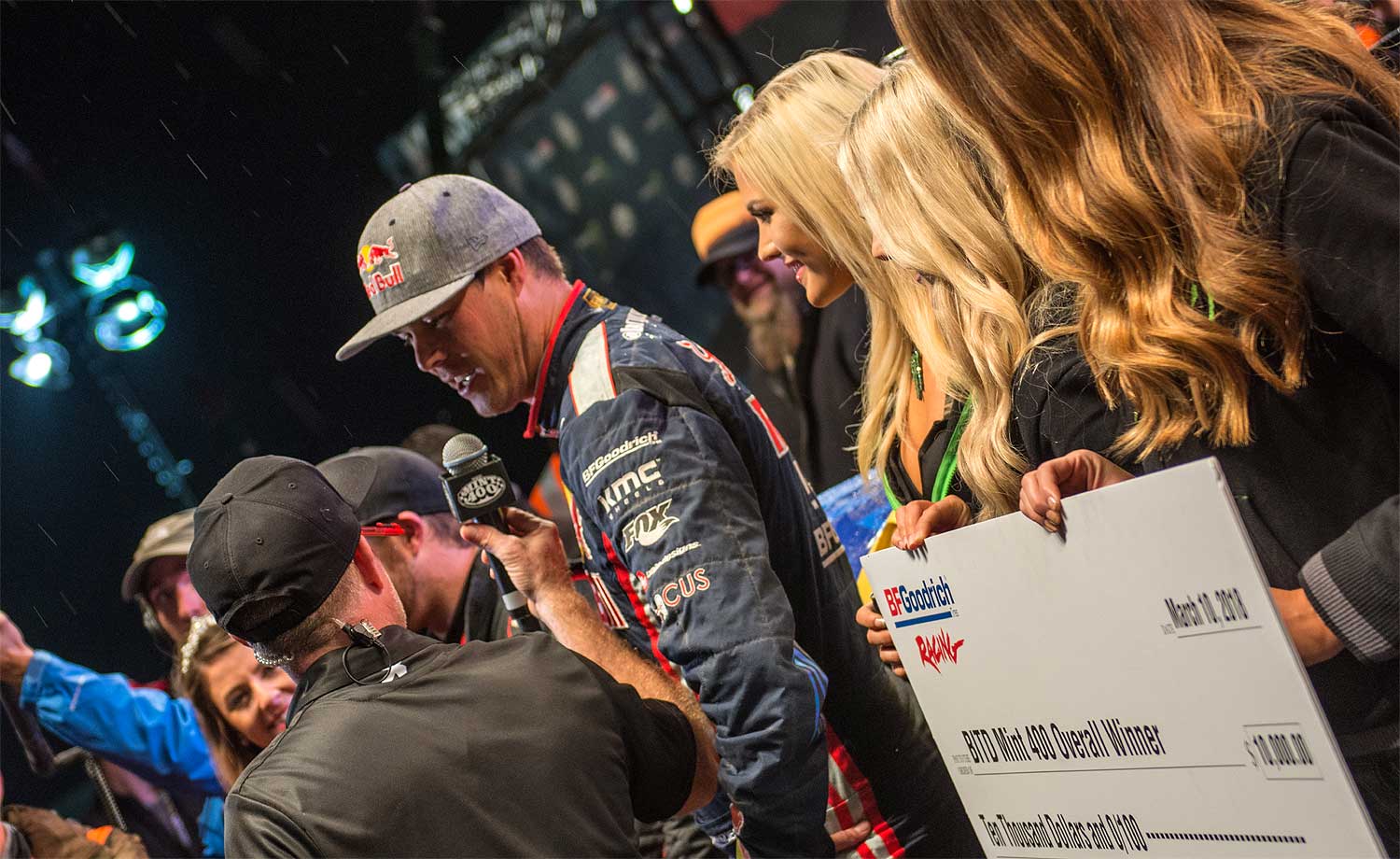 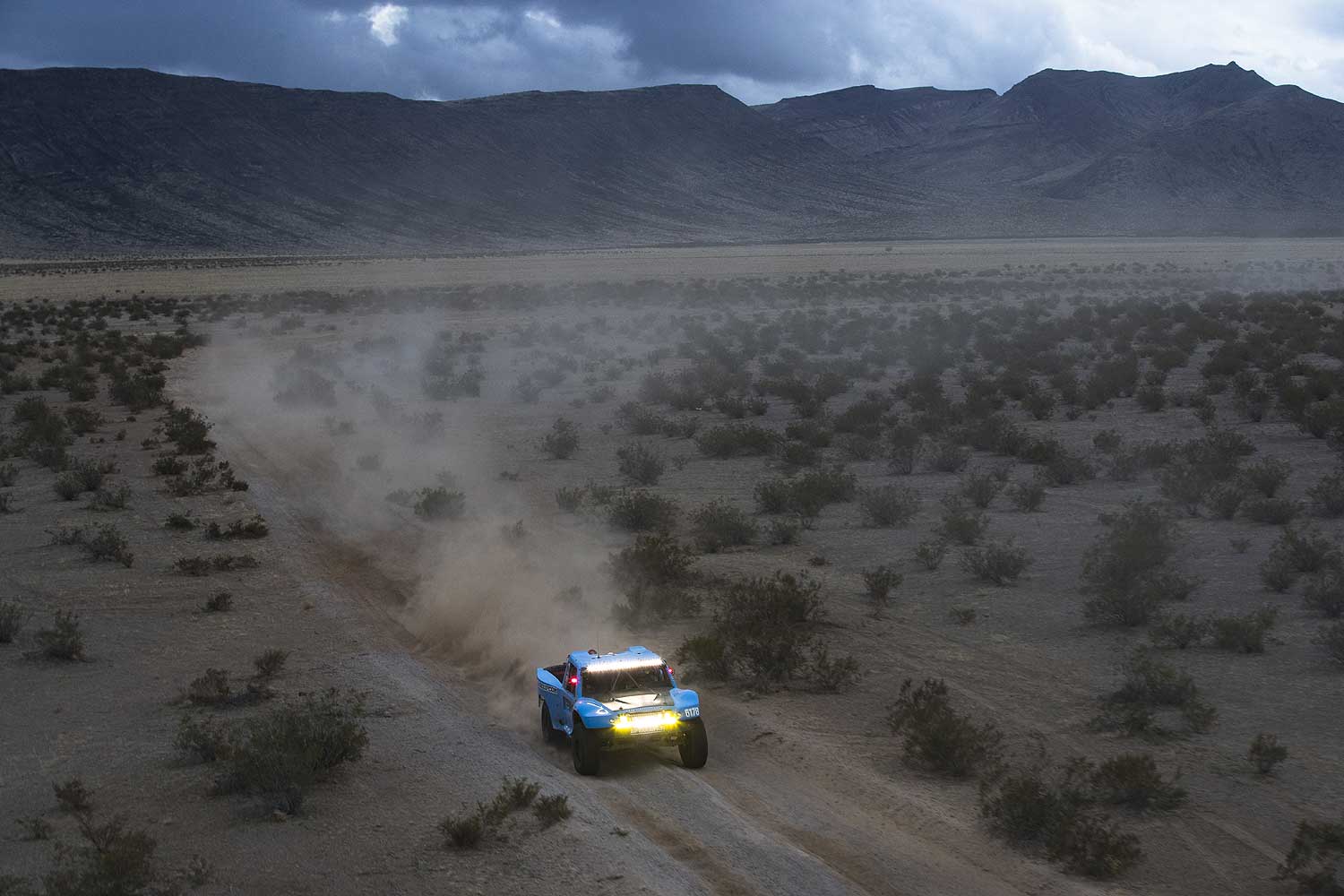 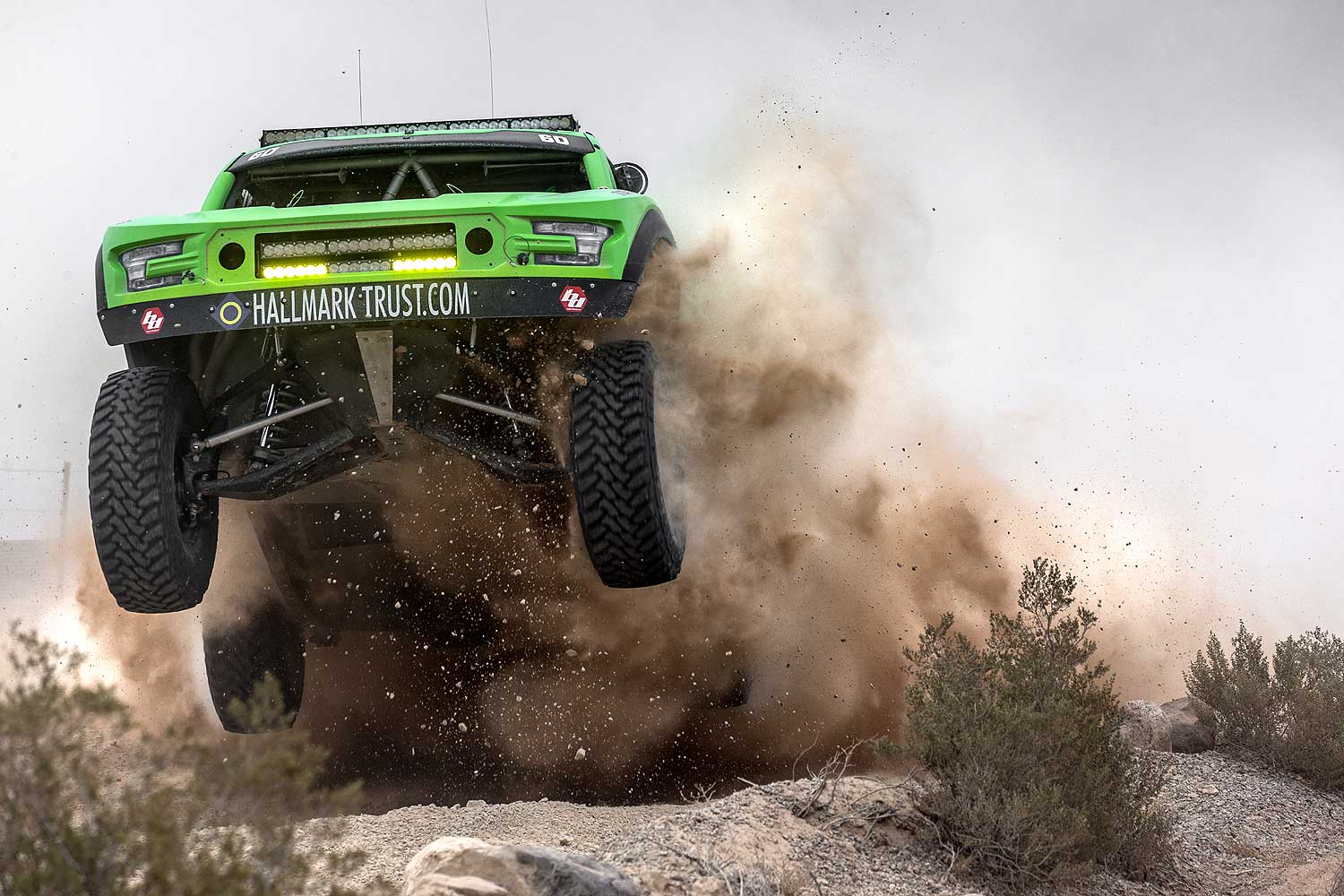 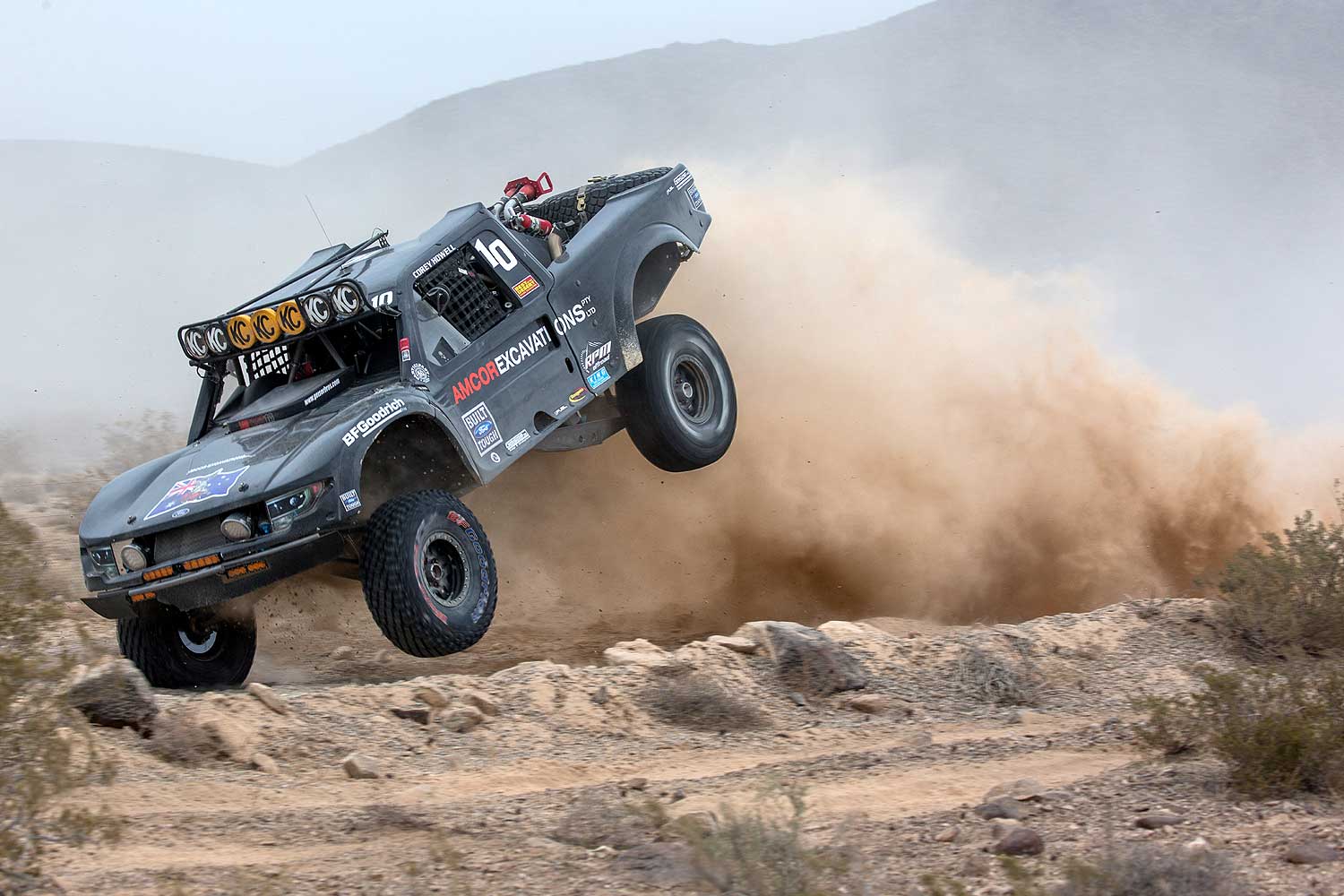 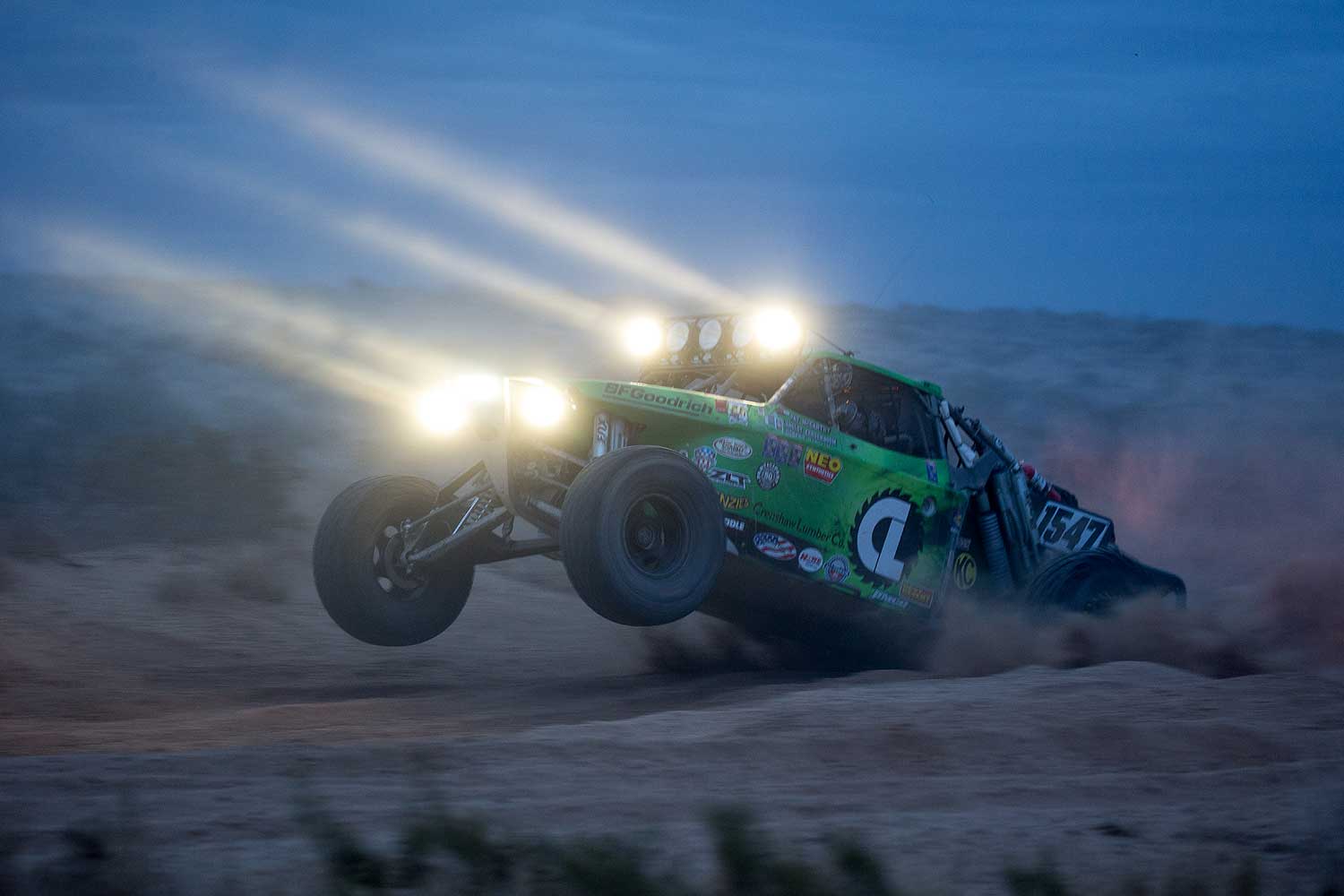