The Mint 400: (+VIDEO) Race kicked off with big ´The Strip´ Las Vegas Parade

400 vehicles are registered for the "The Mint 400", making it the largest off-road race in North America. 150 of those vehicles got to participate in the big parade in the center of Las Vegas though: "It was a logistics issue," explained Mad Media’s Josh Martelli. "You can only tie up so much of the Las Vegas Strip for so long." Mad Media has worked for years with the Las Vegas Metro Police Department to make the procession possible; one of only two times a year in which the famous Strip was closed down to normal traffic. 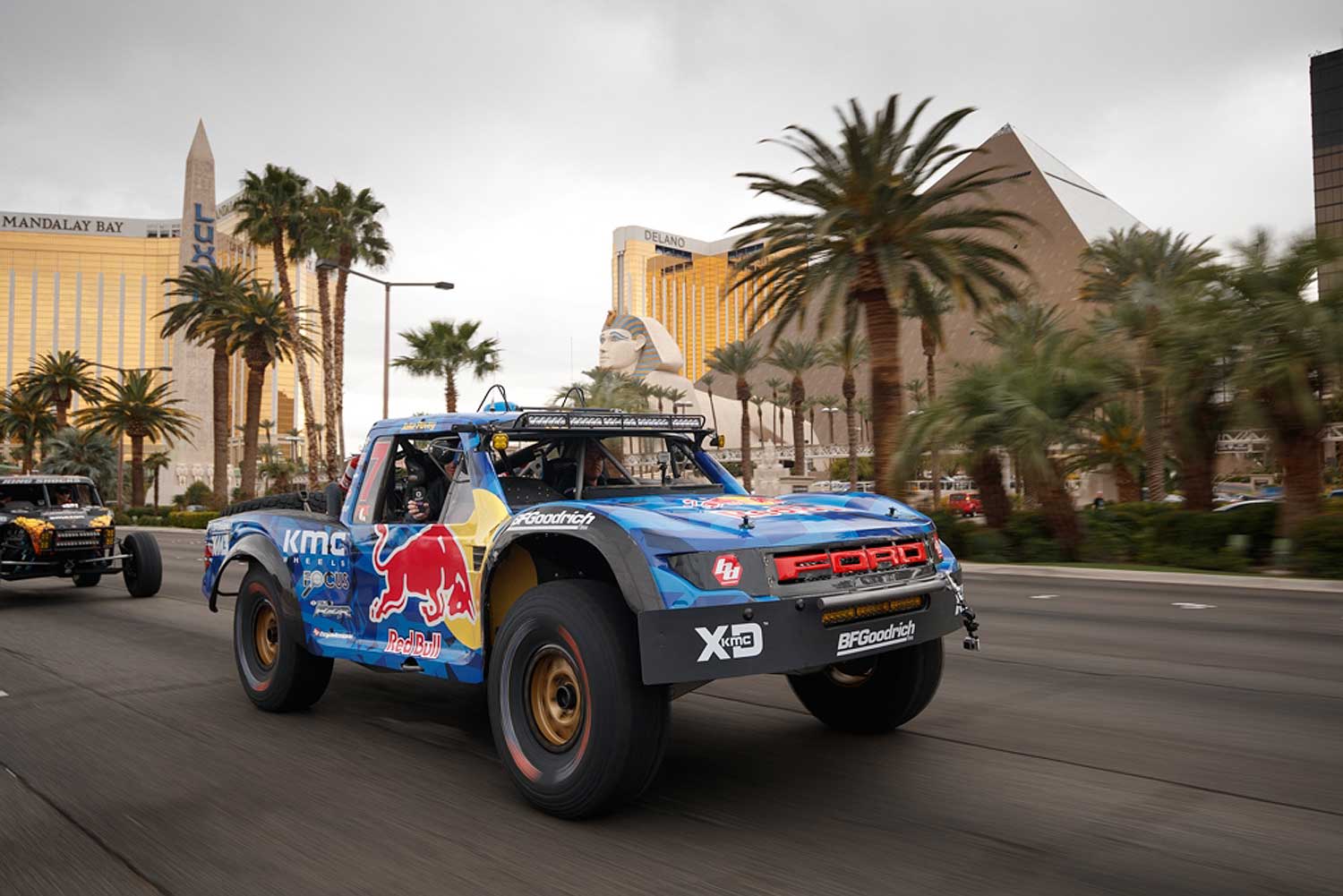 Race vehicles lined up at the legendary "Welcome To Las Vegas" and were led by a police escort in front of thousands of people lined up along "The Strip". "Bringing off-road racing to the masses is one of the goals of The Mint 400 and parading down Las Vegas Boulevard in front of the public is definitely one way to get people’s attention," Mint 400 promoter Matt Martelli explained.

The night was capped off with the Dinner of Champions

In honor of the 50th anniversary of the Mint 400, the procession was led by vintage vehicles driven by the pioneers of desert racing, including Drino Miller’s 1970 Mint 400-winning buggy. Drivers of everything from Trick Trucks to UTVs to buggies fulfilled the dream of driving a race car down the Strip to their final destination at Atomic Liquors on Fremont Street.

The night was capped off with the Dinner of Champions, where participants enjoyed wine from Sans Liege and Mestizo Mezcal with some of the greatest champions of off-road racing from the past and the present. Rob MacCachren, Sal Fish, Walker Evans, and Rod Hall were just a few of the names in attendance who enjoyed the three-course dining experience delivered by Michelin star Chef Drew Deckman.

Meanwhile on the other side of the valley, the UTV-only Mint 400 Legends Rally covered 75-miles of rugged terrain in Jean, Nevada, giving race fans a taste of what race teams will experience on Saturday. "This is the latest in our series of Legends Rally events," Matt Martelli explained. "The UTV market is booming, and we want to give people a positive introduction to the desert community." 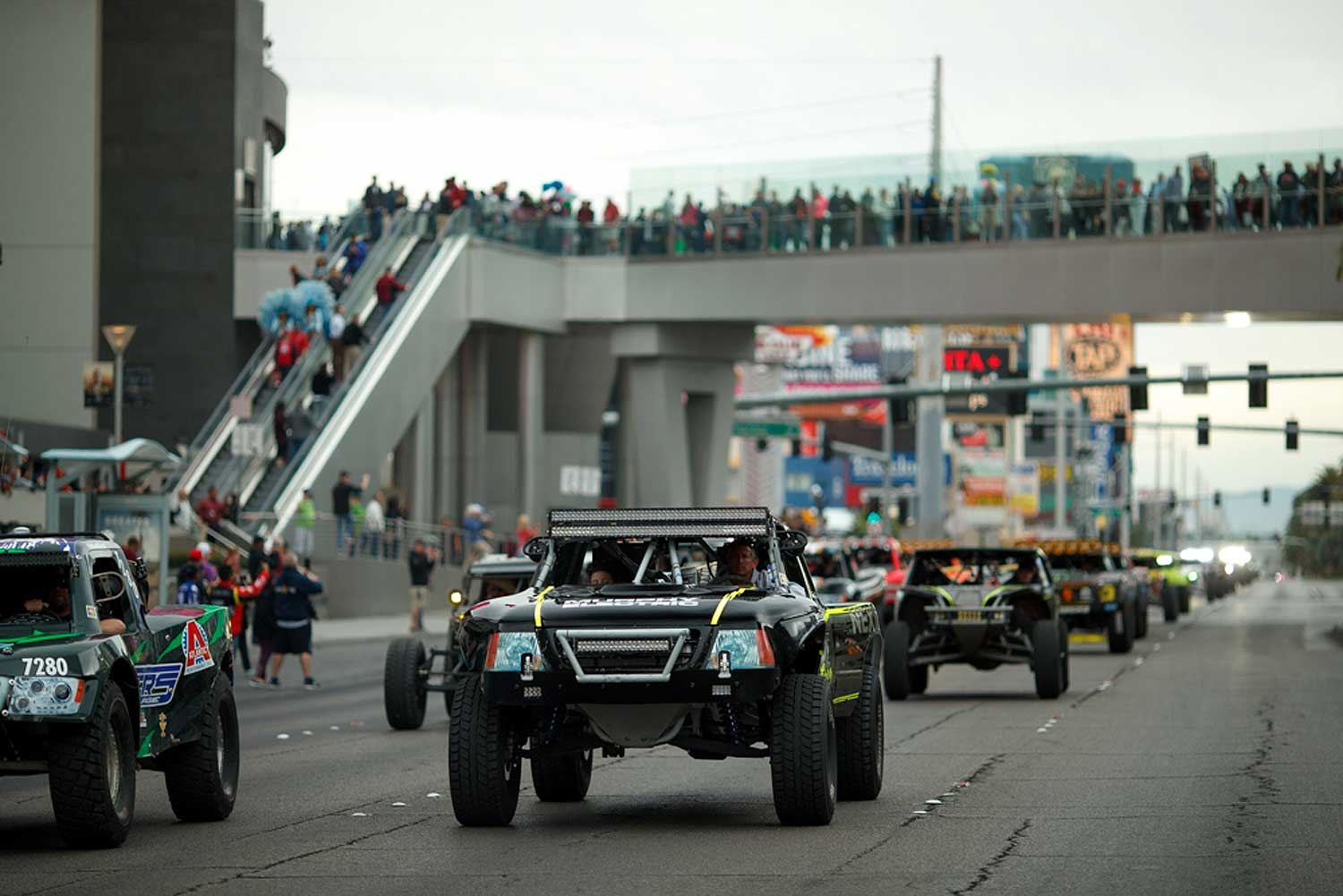 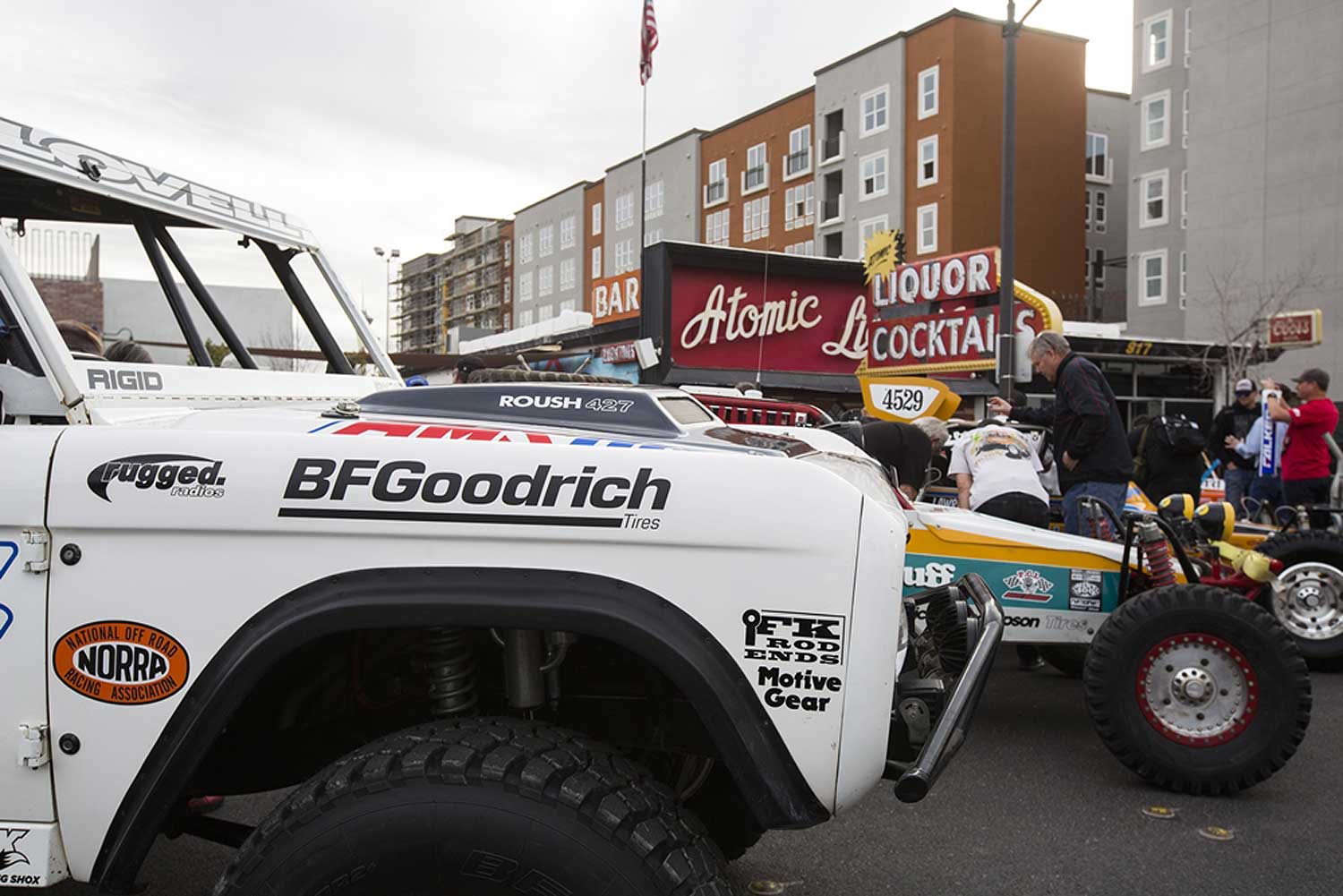