Dakar Rally 2018: Tatra pilot Martin Kolomy on the side and with broken axle

Both pilots of the Czech Buggyra Tatra Team suffered SS10 through. Despite that both Martin Kolomy and Martin Soltys finally reached the top ten.  "This edition shows that the organizers worked hard to make the race demanding and their route tests the technology in extreme conditions," said Buggyra Teammanager Jan Kalivoda. "Luckily, we have both trucks in the finish. Martin Soltys drove excellently again and got to the top ten. Martin Kolomy´s truck has prepared a lot of work to the mechanics, I think they will be busy till the morning." 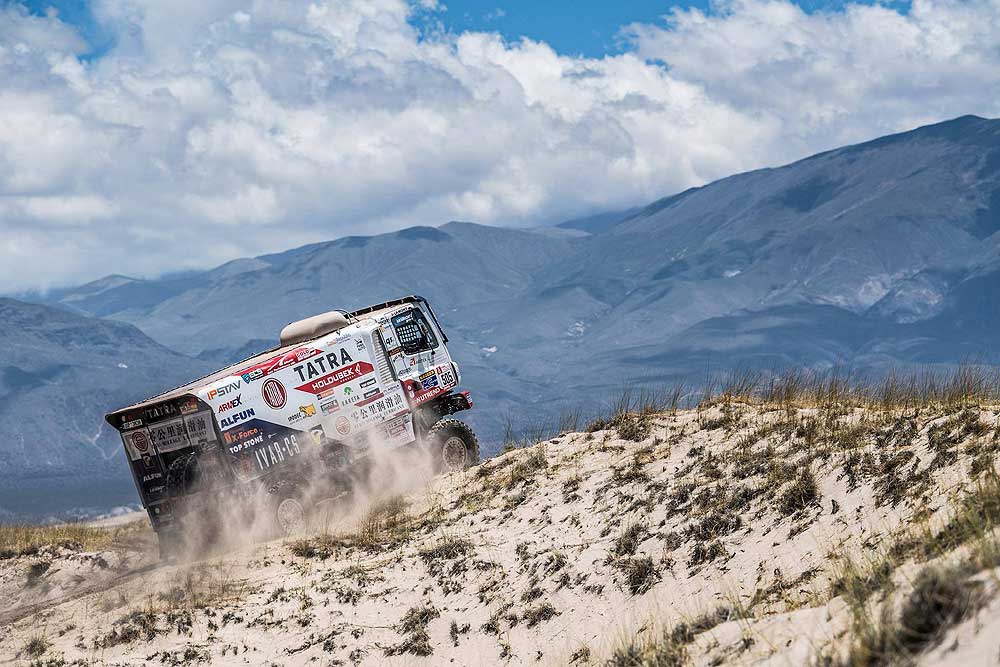 Martin Soltys ended ranking 9th. "The stage was extremely long, we set off at eight in the morning and returned at ten in the evening," said Martin Soltys. "The first part was quite good the start of the second part was also nice, we drove through a river basin and the kilometers passed one after another."

"But then there was a section with kind of little dunes, about a meter high, so it was up and down, up and down, for about fifty kilometers. It was endless, and hurting. I asked myself what will endure that longer, whether the body or the truck. About six kilometers before the finish we broke a tire, as a piece of bad luck, and we lost some time there. But we reached the finish after all, thank God."

For Martin Kolomy SS10 was a real purgatory, to use his own words. "It was real hell on the earth. After 40 kilometers we found ourselves lying on the side, then horrible bumps, the truck was tried up to its limits so much that I did not believe it could endure that. We were returned to our wheels first by a Kamaz, but his rope broke and so I was finally returned to the race by a MAZ." 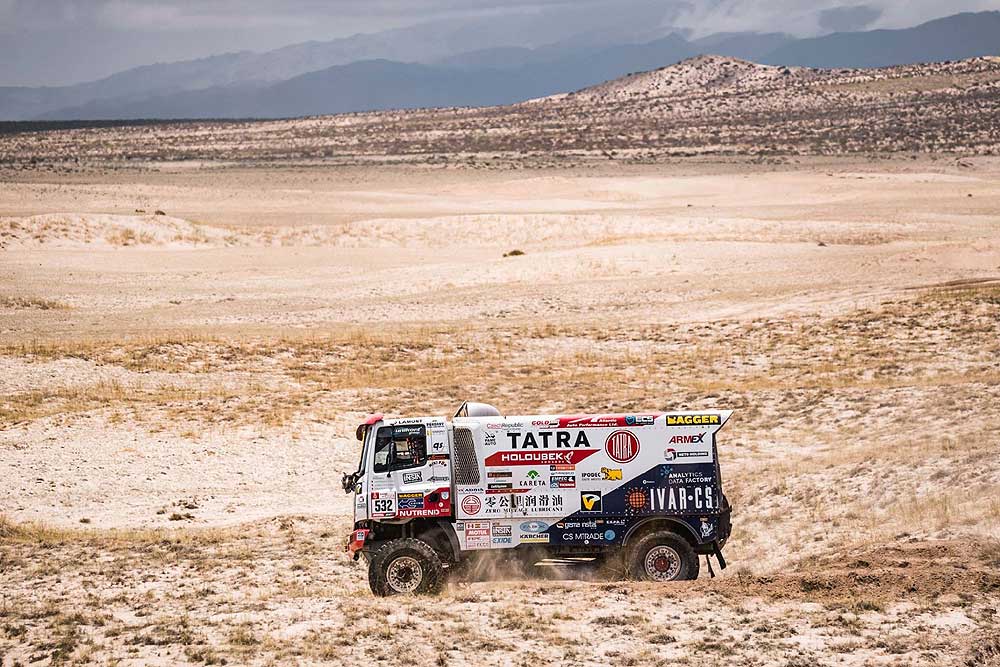 He continued: "For the last 100 kilometers we had the rear axle broken so we only ran with front-wheel drive. I think it is written in my face today for this was a real purgatory. I would never believe that dunes can be driven with the front wheel drive only. But we managed to get into the finish, so it is probably possible after all," smiled the surprised Kolomy, who moved to the 13 overall rank.

The navigator Rostislav Plny lost his voice after the Tuesday´s stage. "This was clearly the worst of the whole Dakar. Both for the demanding terrain and for the technical problems we had. My intercom broke in the course of the first kilometers and so I had to shout to be heard. We fell on the side, lost rear wheel drive, accumulated some loss and reached the finish after dark, which was very demanding for navigation, for the waypoints could not be seen. Thank God we are in the finish, I have got enough," said Rostislav Plný at the end of the demanding stage.