The Qatar Cross-Country Rally developed into a wonderful experience for the riders who took part after the factory teams decided to miss the event - one Motobike and two Quads started in the second round of the FIM Cross Country World Cup for Bikes and Quads. 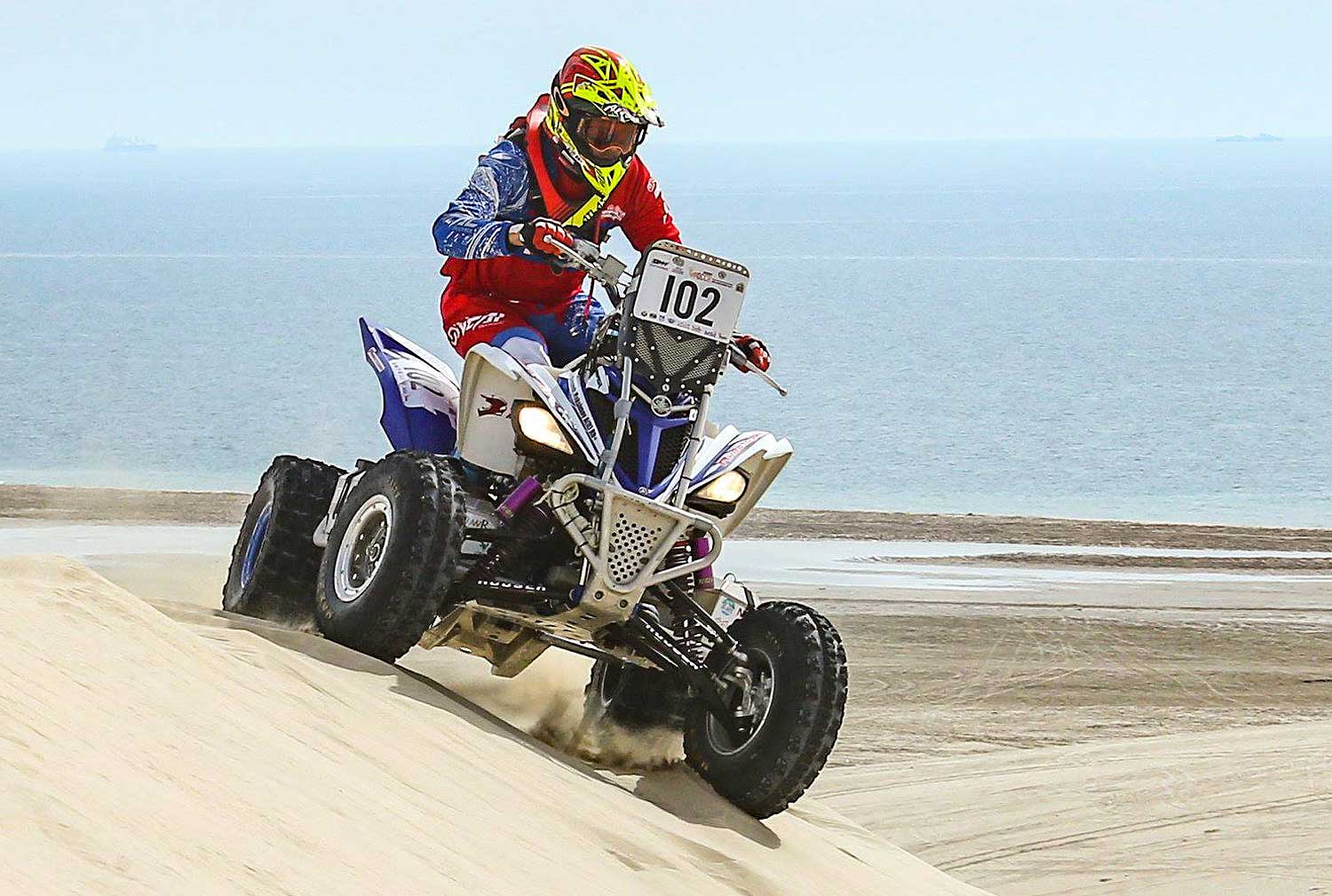 Young Maciej Giemza from Poland (KTM Orlen), only 22-years-old, opened the track every day with a lot of courage and focus. His daily work was never going to be easy because on the Qatar Cross-Country Rally the navigation is considered by all the competitors to be the most difficult of the whole championship.

Giemza never gave up and was never discouraged - even on days when he got lost several times. He listened to the advice of his elders, changed the way he was working, persevered and progressed a lot. "Few pilots have come here to Qatar," said the Orlen rider. "It may seem strange but, ultimately, it was better for me. I opened the rally every day, which was a great opportunity to learn how to navigate. When there is no-one in front of you, you have to concentrate and find the right track."

Maciej Giemza "I did not fall either, which is my second satisfaction"

"The first two days were extremely difficult for me but then, thanks to the advice of Czachor and Przygonski (two former motorcycle riders), I worked better with my road book and so I my navigation improved. This is the most rewarding experience of my young career because, here in Qatar, navigation is very, very difficult. I learned a lot and, after this race, I feel a little smarter. I did not fall either, which is my second satisfaction, I did not make a riding mistake."

Thanks to his result on the Qatar Cross-Country Rally, Maciej Giemza scored 32 additional points (36 in total) and holds first overall in the FIM Cross-Country Rally World Championship. "I'm leading the World Championship," he added with a smile, "but I know it's temporary and it will only last until Chile ... but, nevertheless, it makes me happy when I look at the rankings on the Internet!"

In the quad category, the Russian rider Aleksandr Maksimov (Yamaha) did not have an easy run during the rally: "It was a very difficult rally for the navigation, very hot and with a lot of stones. I had been told that it would be hard and that's why I wanted to come. The Qatar Cross-Country Rally kept its promise and I loved this race!"

Dutchman Kees Koolen (Barren Racer) was 40 minutes behind Maksimov. "In Abu Dhabi, every day, I had a great special. Here, every day, I had mechanical problems. That's racing... One day, I lost the swing-arm nut, I had to be patient, repair without having the right tools and ride to the finish. I also crashed and ruined my quad. I have bruises on my arms and ribs but, thanks to adrenaline, I did not feel anything during the race. Finally, I finished not far behind Aleksandr because he was lost ... The next rally will be Chile, then Argentina and, finally, Morocco." 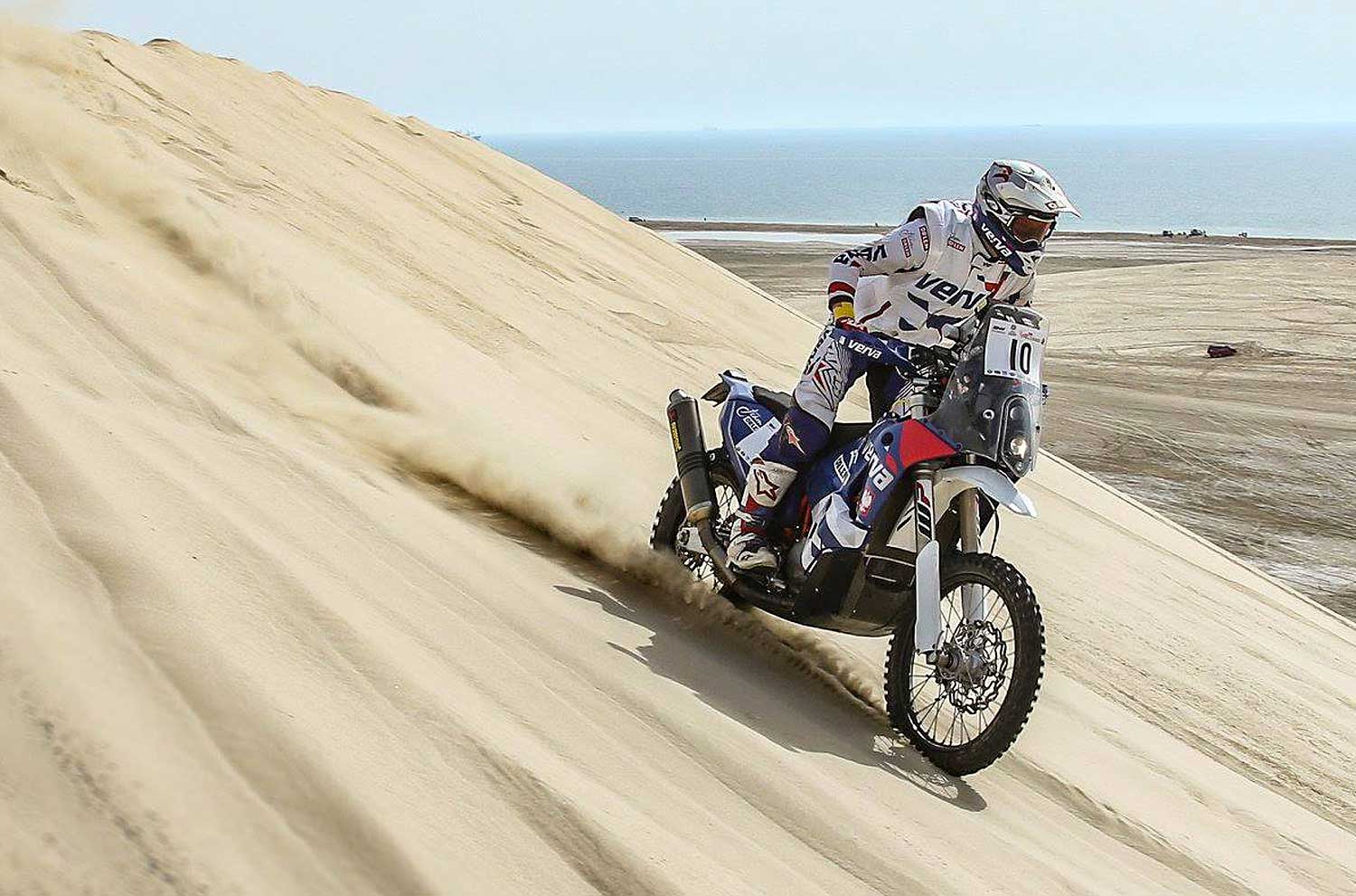 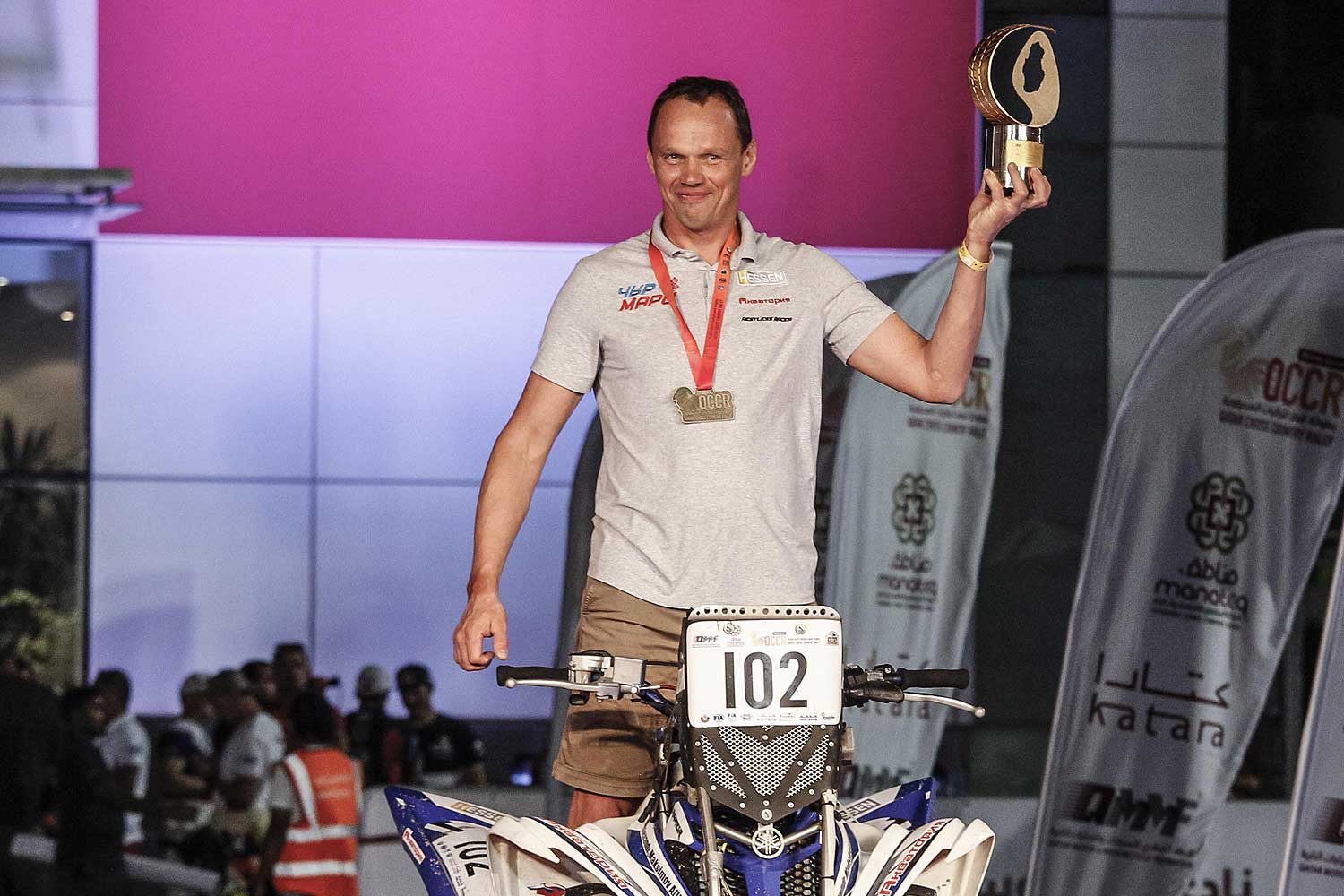