Red Bull Romaniacs: New adventures and back to the roots in 15th edition

When the first Red Bull Romaniacs took off in 2004 it was a festival for nutters, a few Enduro enthusiasts who were looking for the extra kick and real adventure. 14 years later, the sport of "Hard Enduro" has become much more popular, if not mainstream and enjoys huge attention among fans and competitors. The performance levels are progressively rising year by year and event organisers are challenged to come up with the right mix between "crazy", "possible" and "fun" - tailored for different skill levels. 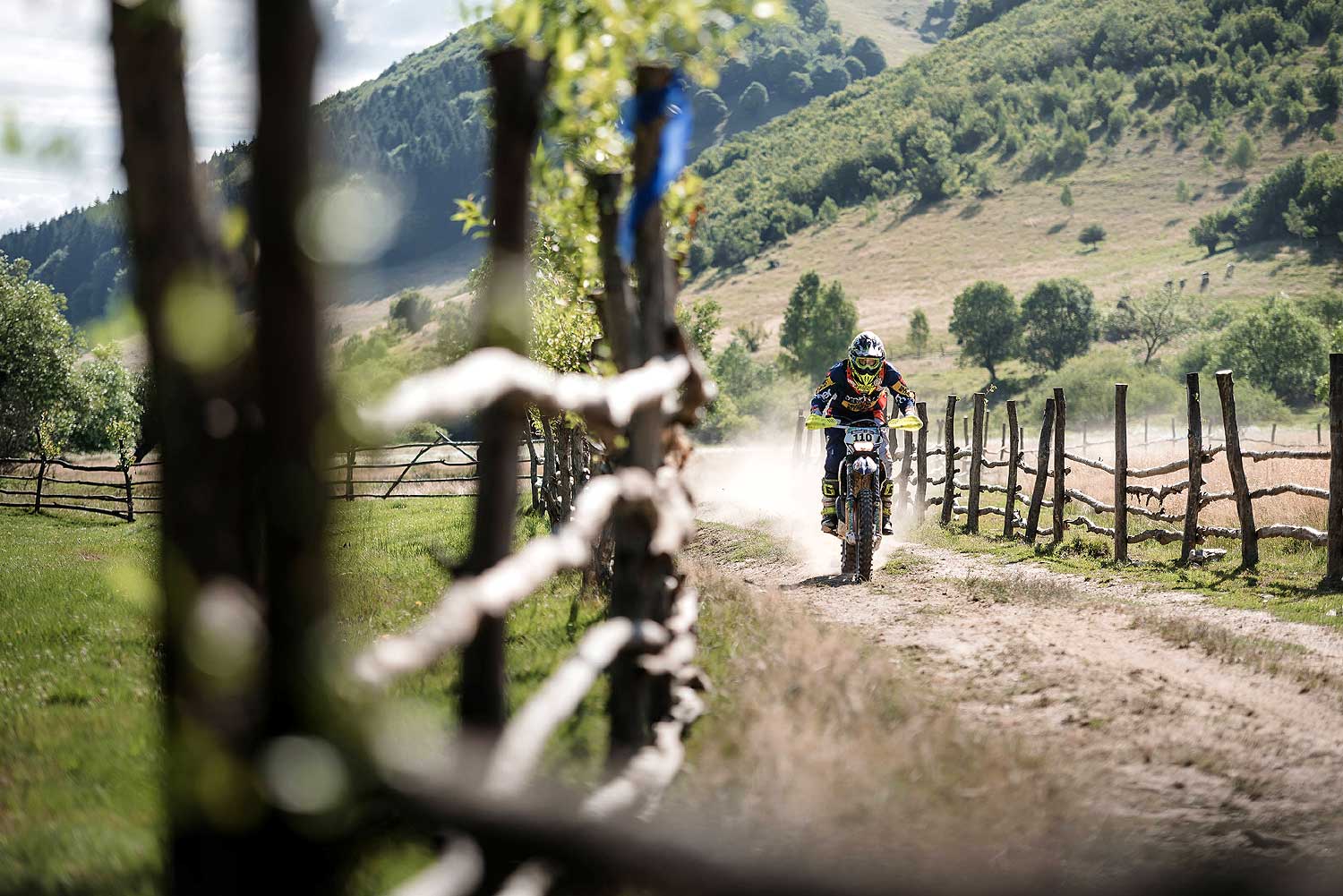 The Red Bull Romaniacs celebrates Edition 15 from July 24-28 and pushes things a notch further, again... The rally will explore a completely new area on Offroad Days 2 and 3, delivering trails with some of the highest altitudes covered so far in the history of the event. This will manifest in insanely long up and downhills that will bring the phrase "Red Bull Romaniacs steep" to mind.

In order to reach and utilise this region near the Petrosani mining area, the Red Bull Romaniacs will go back to its roots and feature two overnight bivouacs outside Sibiu. Besides "highs" the track will also bring the competitors to new "lows" - literally and figuratively: Going indoor and even underground for some "Urban Warfare Enduro" while making competitors face their physical and technical limits.

Sections such as the "Goat Gully", "Switchhback Hell", "TeleMoto", "Heartattack", "America`s cup" and "Parallel Slalom" will ensure competitors are kept on the ball both physically and mentally and will separate the tough from the weak. New, untouched trails will add to the mix, together with abandoned farmer trails, the mining environment and real wilderness.

There will also be historical sections like the infamous "20 helpers" traverse from the first edition of the Red Bull Romaniacs. This section will illustrate how the skill level has evolved over the years: helpers will not be needed anymore! Maximum track distances will vary each day between 100km and 200km with estimated hours on the bike to be around 5 to 10 hours (depending on class/day). Offroad Day 1 will throw the competitors in at the deep end as it will be one of the longer days.

Inevitably, the Red Bull Romaniacs "Epic Edition 15" will be an adventure that will make the toughest of the hard men (and women), humble and demand the impossible in endurance, riding skills and commitment. For this, the worlds best Hard Enduro athletes will meet again in Sibiu, Romania for the “Epic Edition 15”. Split into four classes, the rallye will serve hand-selected “crazy” to the different performance levels.

The top-class will be a stage for some of the factory teams and a few privateers. Factory teams of KTM (Walker, Blazusiak, Webb, Garcia, Watson), Husqvarna (Jarvis, Bolt, Gomez, Haaker), Sherco (Young, Roman), GasGas (Knight, Enöckl) and Beta (Teasdale) will try to score points for the WESS championship and the prestigious Red Bull Romaniacs podium and finisher places. 55 nations will be represented in the 2018 Red Bull Romaniacs.

The "Epic Edition 15" will have new and spectacular finish locations every day, which offer good spectator and media access. The renowned Gusterita Hill will also feature a longer race track and new surprises. Improved live-transmissions will add to the mix and the “Epic Edition 15” will get a completely new, mobile friendly website featuring a “Red Bull Romaniacs Live News”-ticker in English and German. The new website will replace the Red Bull Romaniacs app, which is no longer available. 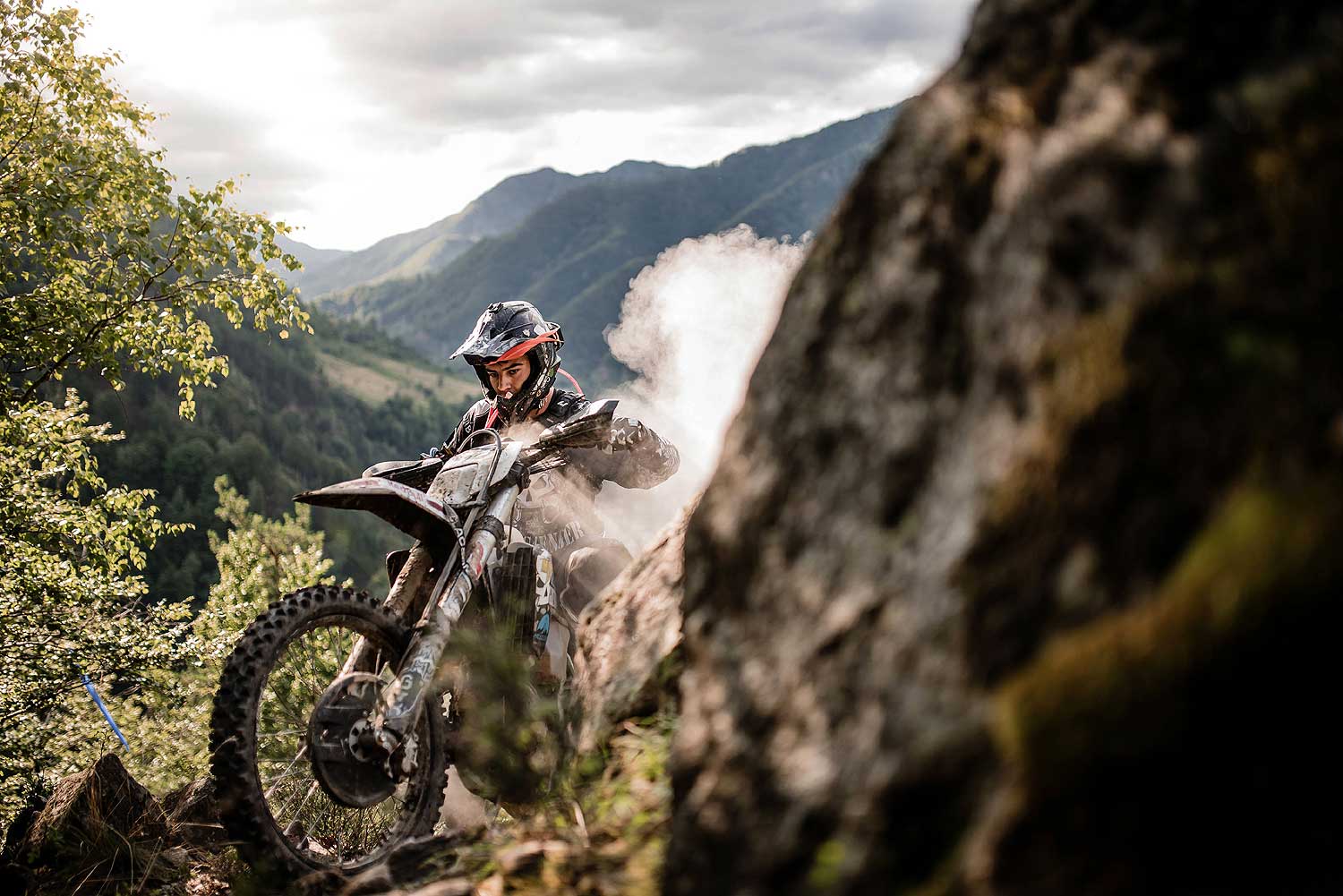 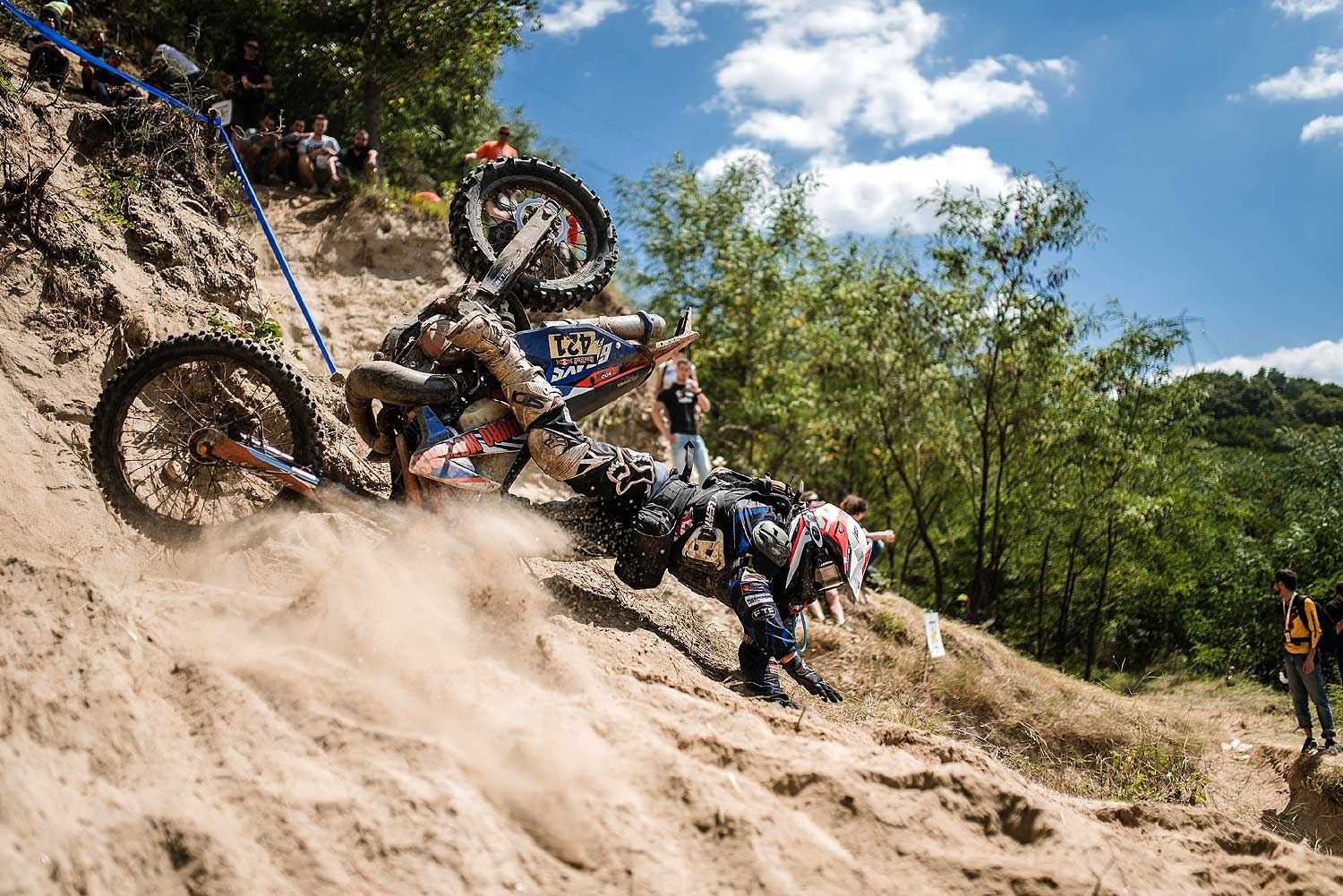