In 2018, 11 countries continue to demonstrate the off-road driving and navigating possibilities to the world – Russia, Qatar, the United Arab Emirates, Dubai, Kazakhstan, Italy, Spain, Hungary, Poland and Morocco. There are three types of cross-country events: Rally, Marathon and Baja. 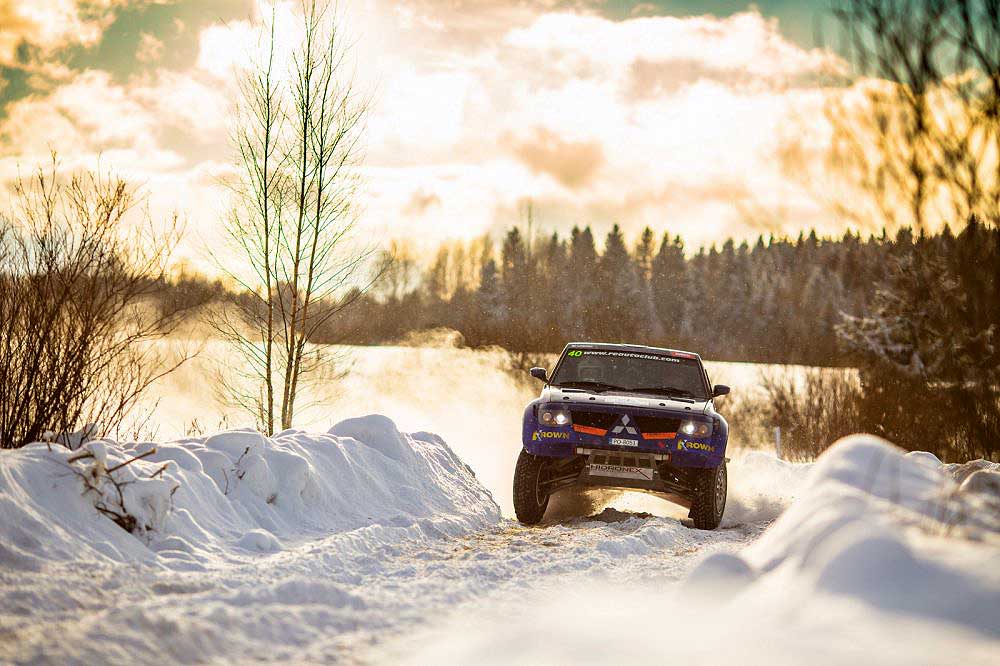 There are not so much competitions lasting for more than eight days with a total distance of more than 3000 kilometers in the series calendar: Morocco, Abu Dhabi and Kazakhstan. All other countries hold quite a compact races along the looped route, choosing roads far from cities and villages – the Bajas.

Such events are similar to the classic rally races - there is a service park where participants return after the special stages, everything is quite compact and the liaisons between the stages are usually minimal. The total distance of the race does not exceed 1200 kilometers, and special stages are often passed by drivers twice.

It is the Baja Russia Northern Forest that opens the FIA World Cup For Cross-Country Rallies season in Karelia on 16-18 February. The unique format of the race, held on the snow-ice surface, puts it apart from the World Cup events. The preparation process is rather expensive, because the winter in Russia begins in December and the tracks planned for using for the World Cup distance have to be rolled and cleaned from snow several times every week until the first crews start. Not a single track in Morocco or Italy can boast such attention.

However the race has its own unique charm, and drivers from the southern countries, coming to Russia year after year, note the unusual perception, because if you move down the yellow helmet shield, the snow immediately "turns" into sand.

At least five FIA priority drivers intend to compete for points in the series: Vladimir Vasilyev from the G-Energy team; Polish driver Aron Domzala – the last year's Baja winner; the famous Czech rally driver Martin Prokop, who recently came from the Dakar Rally; as well as his notable compatriot Miroslav Zapletal or the Russian driver and "G-Force" entrepeneur Boris Gadasin. Applications are still accepted, and the organizers expect a few more star names.

By the way, the Czech crew of Miroslav Zapletal will participate in the Baja Russia Northern Forest for the sixth time. Aron Domzala, the last year’s Karelian race winner, has decided to start this season with the snow and ice competition, but the track has changed significantly compared with 2017, the distance has increased and it will not be easy to win. Russian drivers traditionally achieve high performance in the cross-country rallies – driver and engineer Boris Gadasin is one of the main contenders for the podium in the overall standings.