Yes, the World is a disk, Television will destroy the evolution, the Internet is a short hype. And electric cars are bullshit. Well, even the Fans of the bubbling sound of Gasoline-V8 can´t ignore that electric cars will not be only a trend. They are not the perfect solution for the future, this is for sure. But they are a mid-term solution, if we like it or not. 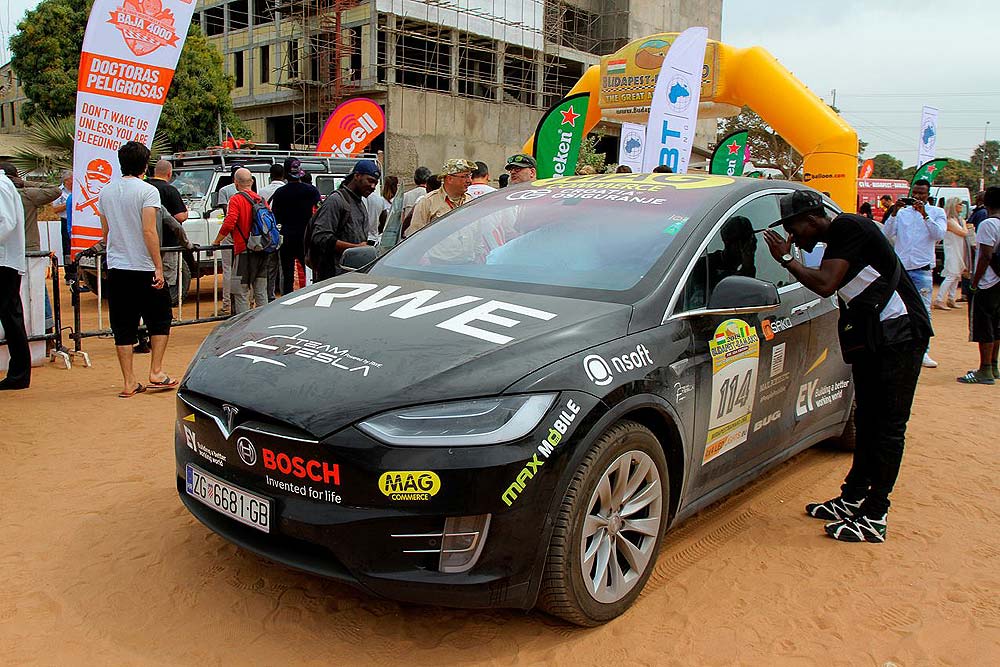 Next to the fuel-lovers there are many "explorers" and not only enthusiasts who like to taste the future - and we don´t mean the vegan / anti-gluten / zerocalories orwhatever lifestylers, no, we mean people like the Croatians Saša Cvetojevic and Oleg Maštruko and their Czech supporter Tomas Kovicka, who decided to be the first crew ever which will participate in an Marathonrally - with a Tesla Model X.

The trio named "Team Tesla Powered by RWE" started at the "Budapest-Bamako" Rally this year, an 8,600 kilometer 16-day Adventure-Rally, not timed and also not 100 per cent off road (mostly on streets or gravel roads). So if some are reporting "first Tesla passed the Sahara", this is nonsense. But they passed some great African desert- and off-road-passages in Western Africa within a marathon-distance - which is really honorable.

Even if the Tesla Model X is called an SUV and 4x4-powered, well, it is definetely no tough offroader. So it is even more a big story that the European crew made it until the finish. The biggest question for sure was: How to "refuel" with electricity? This was the biggest adventure for the crew and yes, before e-haters will use this argument, the crew sometimes also needed a mobile gasonline-powered charger, transported in their non-electric service-car. But who cares, again, they made it and that´s the story. History you can say.

On the way, the crew was trying to use local power sources, but this was not easy. In Morocco, however, they were able to find a quick charger that worked with the Tesla adapter. The car has not yet been represented in this African country, but the local Tesla Club Morocco installed and payed the first charger in the country. No service is offered for Tesla cars in the crossed countries either.

In the field, however, the Tesla had no mentionable problems, and the electric motors demonstrated their quality in desert conditions several times. The event was more worse for the backup-car, a Dacia Dokker... but this is a different story.

So, what´s next in the story with electric-powered cars and motorsport? Shortly we will see the all-new electric powered Hyundai Kona, less expensive than the Tesla, more useful in off road conditions... and fully charged you could drive for example full Baja stages. The "Acciona"-Team was the first electric car on a Baja and Dakar Rally - but with a prototype. Who will be the first with a serial electric car? Come on, you can make history! 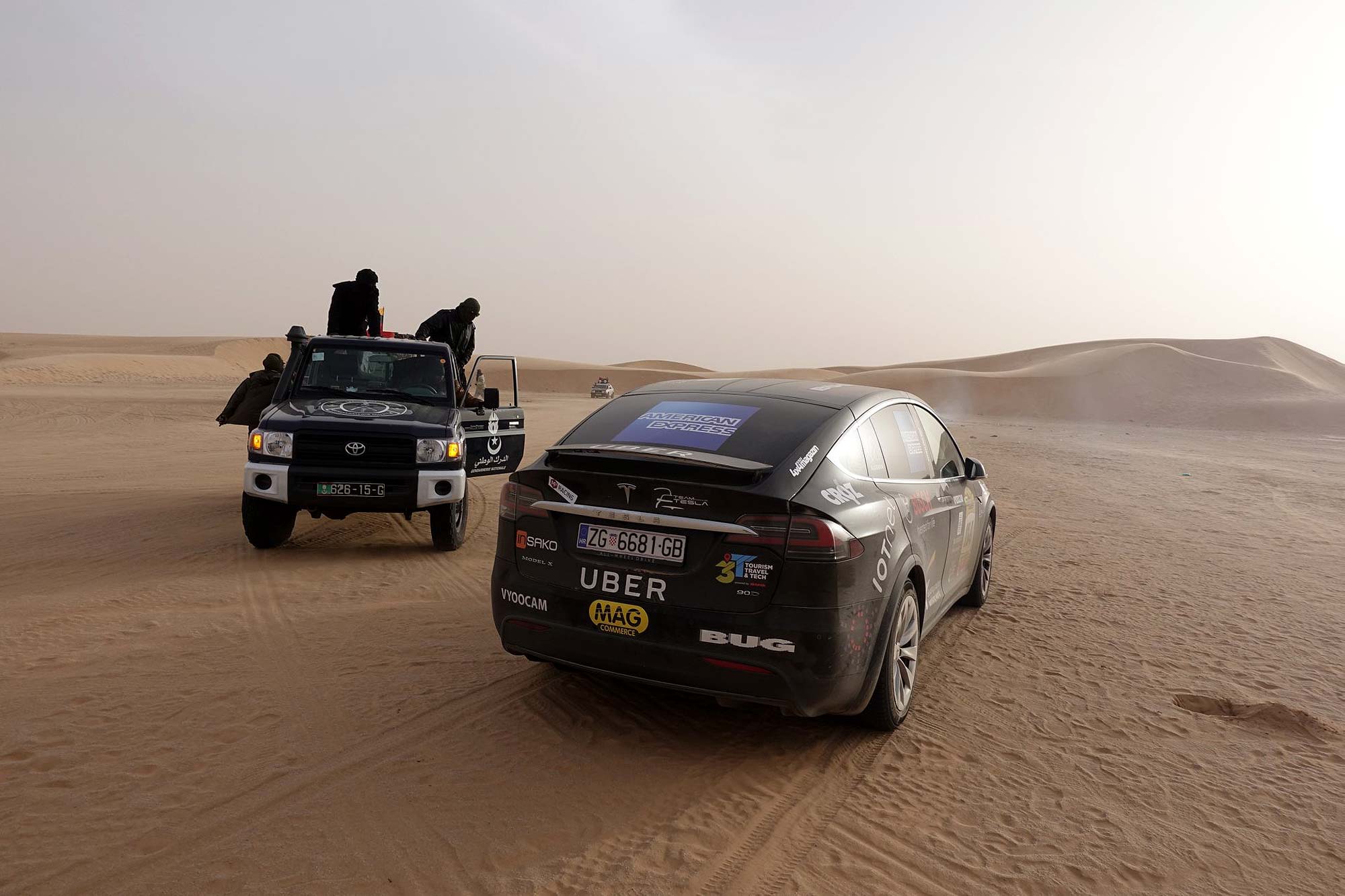 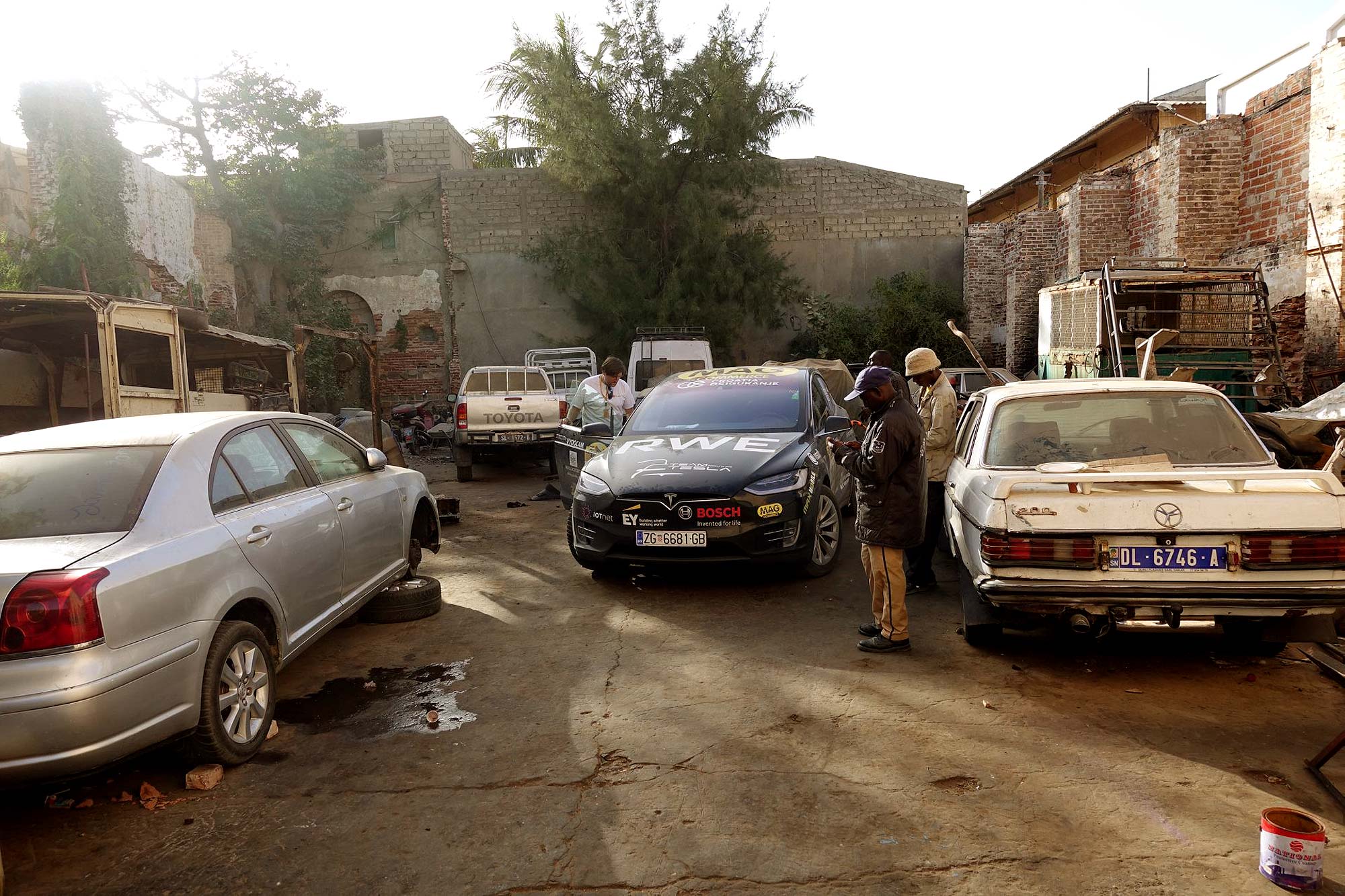 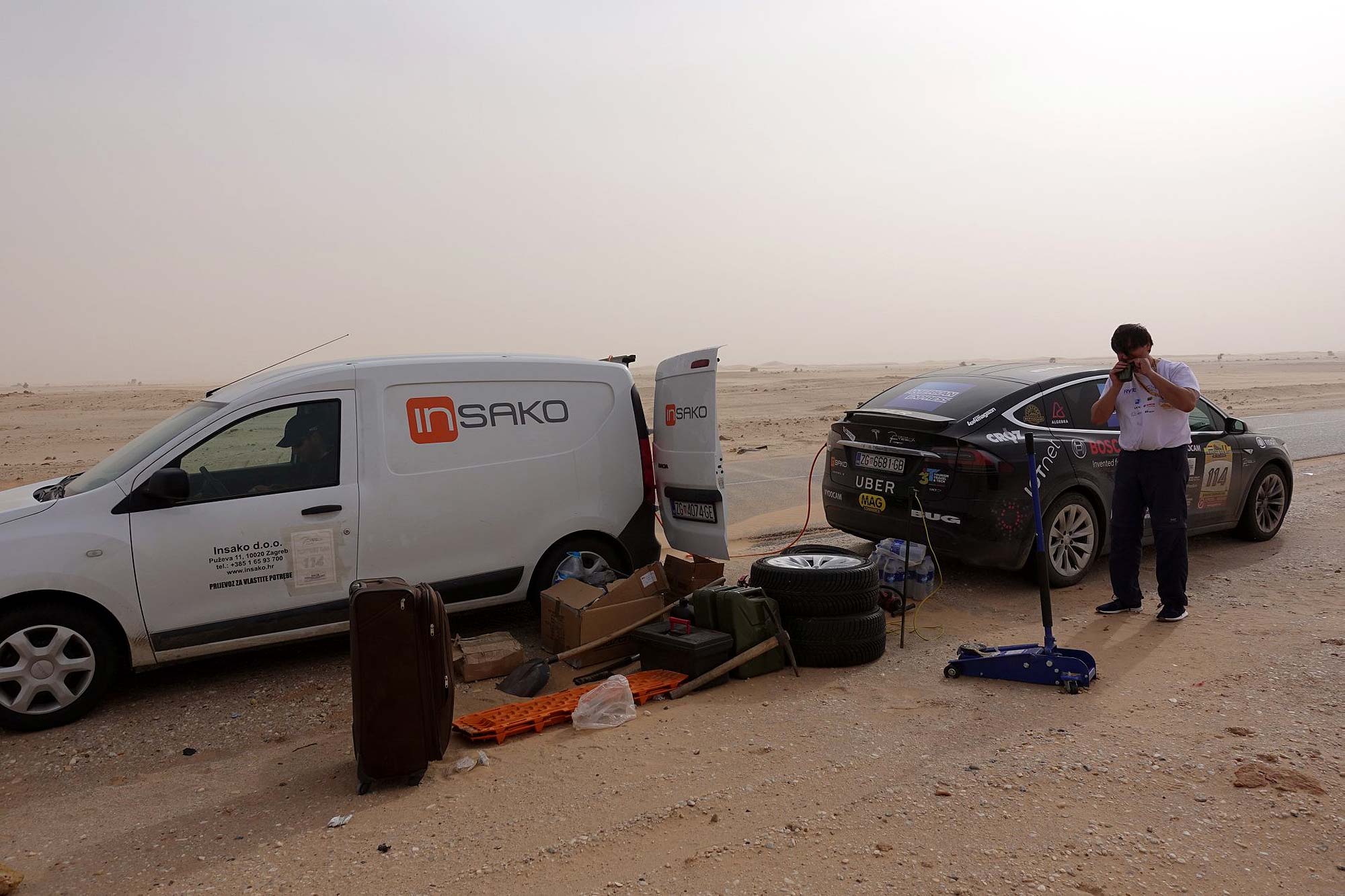 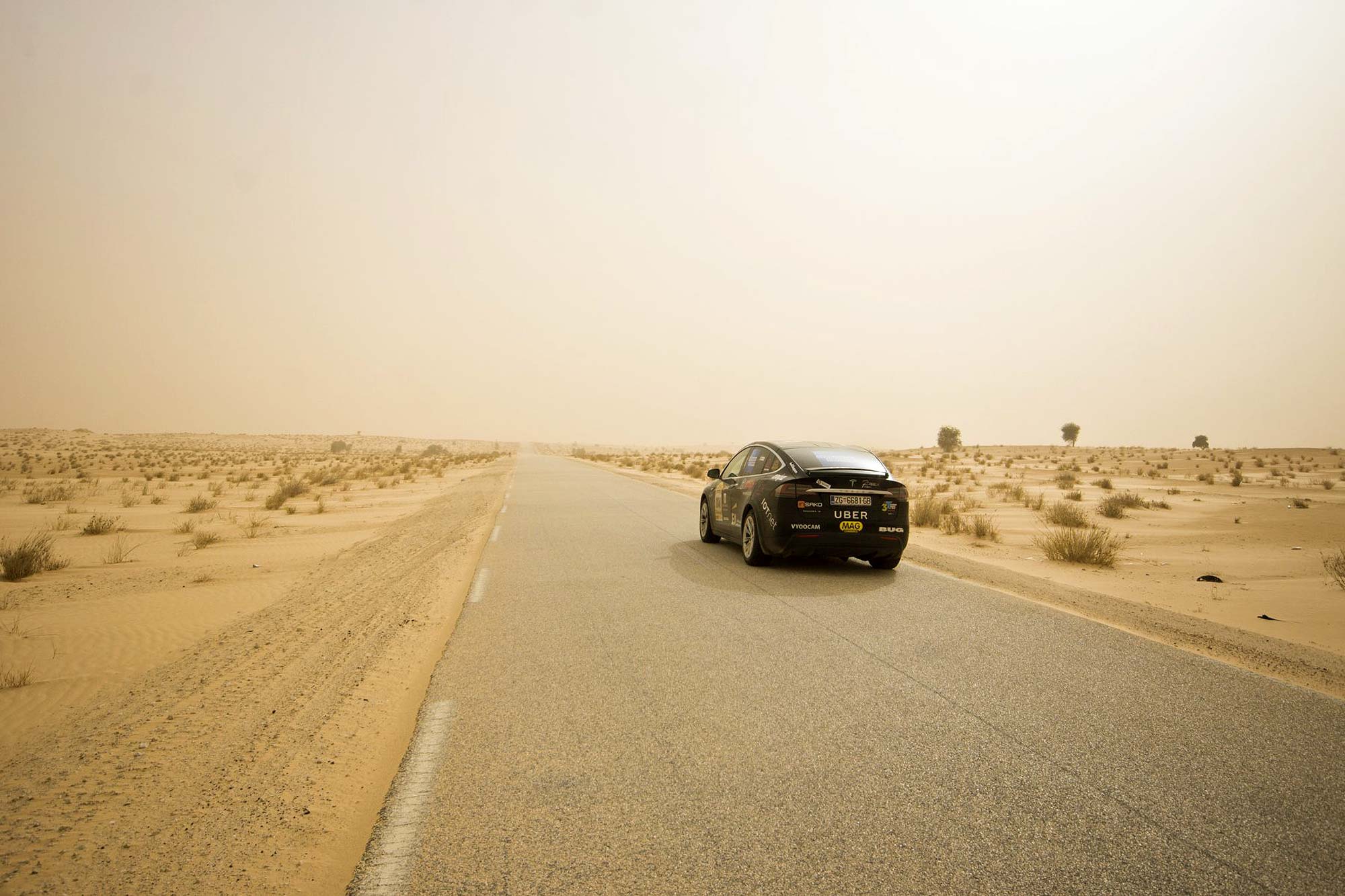 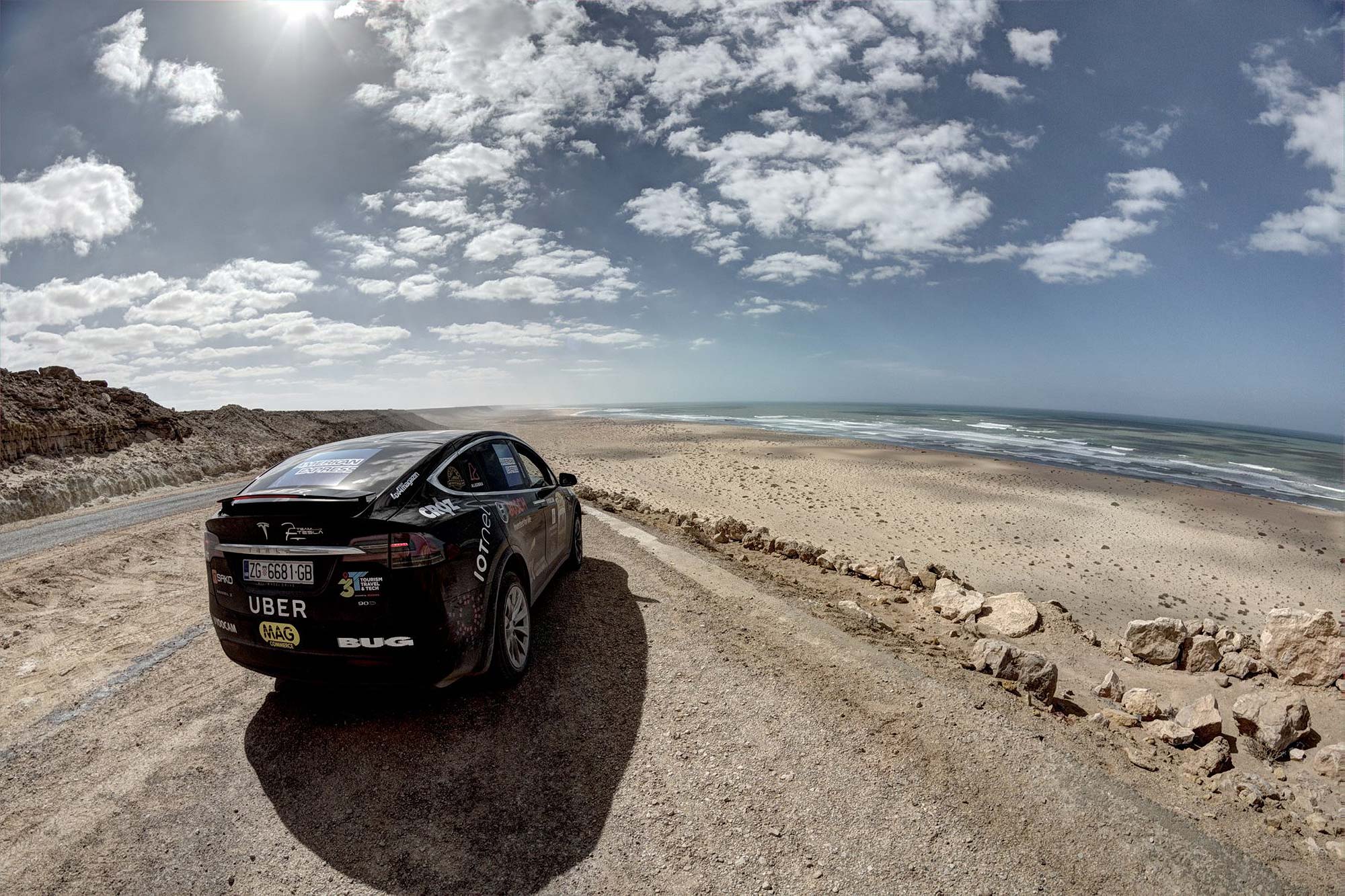