Dakar Rally 2018: Bike-leader Van Beveren - ´I am really happy with my riding´

Putting in a convincing stage five performance, Yamaha official team's Adrien Van Beveren remains at the top of the 2018 Dakar Rally's overall standings. Living up to the challenges of yet another demanding stage in the dunes of Peru, his team partner Xavier de Soultrait is 5th overall and within striking distance to the top of the provisional leader board.

Following their 1-2 result from Wednesday's stage four, the duo of Yamalube Yamaha Van Beveren and de Soultrait were the first to start Wednesday's timed special. Opening the tracks from start to finish, the two WR450F Rally powered riders rode together until the finish of the 266km-long special. 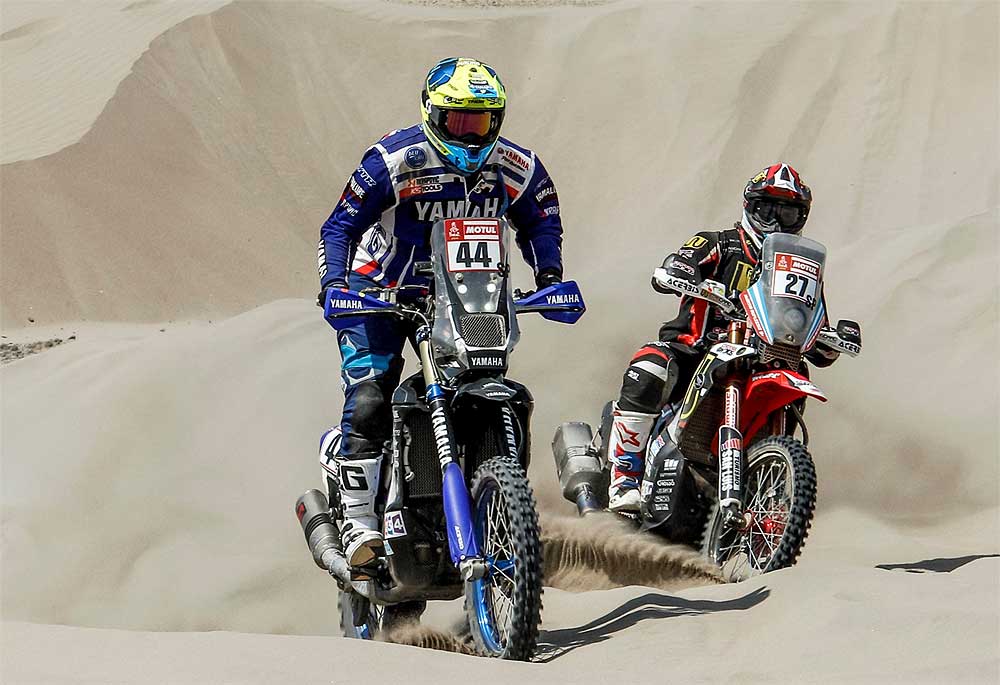 "I am really happy with my riding," said Van Beveren after the stage. "It was a difficult stage and in some parts the sand was so soft the bikes were sinking. I rode together with Xavier, we helped each other when necessary. I am happy with this team spirit, and this is actually really important in such a long race. I tried to push hard in the sand. There were parts where it was so difficult to keep it on two wheels, but it all went good for me. My WR450F Rally machine is running great so far. I am happy we stayed in front of all other riders all day and it proved we are strong as a team and each one of us individually. The race is long and I will keep pushing hard."

For Xavier de Soultrait, SS05 was another demonstration of the Frenchman's acute skills in tackling tricky rally stages. Racing alongside his teammate from the start to the finish of the timed special, Xavier brought his Yamaha home in 6th position and is now 7:42 minutes behind Adrien in the overall standings.

"I am really satisfied with how things are panning out at this year's Dakar," the Frenchman said. "I felt I rode another good stage and I managed to remain pretty close to the leaders in the overall. We rode together with Adrien in the first part of the stage and we were opening the tracks throughout the timed special. It was a great feeling to be leading the special stage and I think we did quite well considering we had to find our way in the dunes. I am happy we made no mistakes and we are both well placed in the overall. The race is long and my goal is to remain focused on the coming few stages." 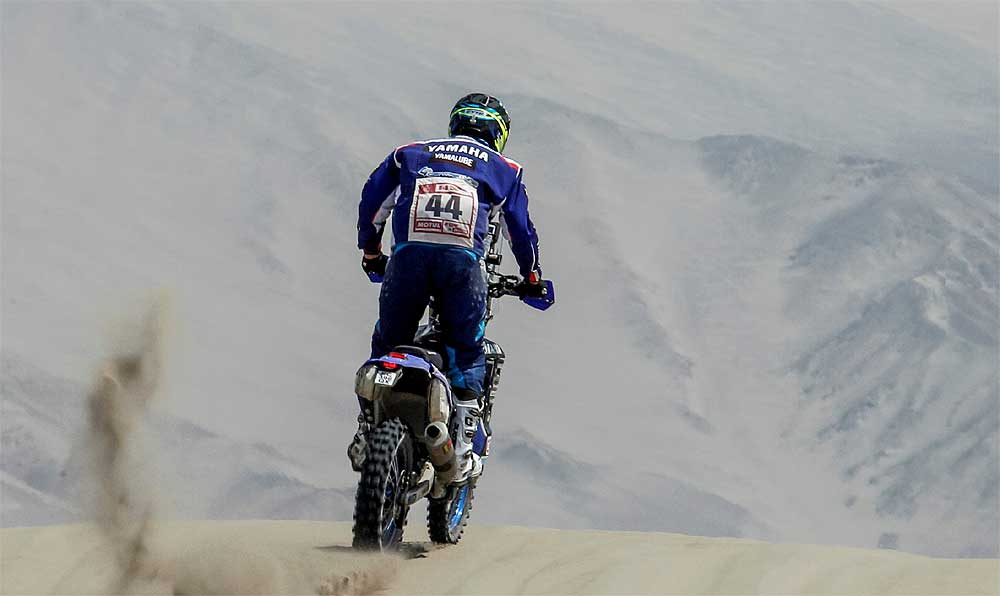 Continuing his steady run at this year's Dakar, Rodney Faggotter crossed the finish line in 20th position. Making use of his experience the Australian moved up one spot in the provisional overall where he is now placed 17th. "We raced one more difficult stage with deep sand and difficult navigation. For me everything went well and I am feeling strong for the rest of the race. It was important to avoid taking risks and remain focused on navigation. The first part of the race is done but there is still a long way to go. My bike has been running great during these first five days of racing and I am getting more and more confident to push."

SS05 brought some mixed fortunes for Franco Caimi. Suffering a crash in the opening part of the timed special, the young Argentinean was left with a mountain to climb after his navigation tower got damaged. Giving his all to reach the finish line, Franco lost a vast amount of time and is now placed 38th in the overall standings.

Securing the runner-up spot for the stage, Ignacio Casale managed to further extend his lead in the Quad class' provisional overall standings. With five stages completed, the Yamaha powered rider is a whooping 40 minutes ahead of his closest rival.