Dakar Rally 2018: Dutch Tom Coronel - ´She is getting more and more naked´

The final part of the current running of the Dakar Rally is probably the toughest. The penultimate day of the gruelling rally in South America brought plenty of changes in the standings. Tim and Tom Coronel didn’t have a smooth day either. The Dutch duo already having lost the rear body work and the bonnet of the car earlier in the rally, the windscreen was now taken out. 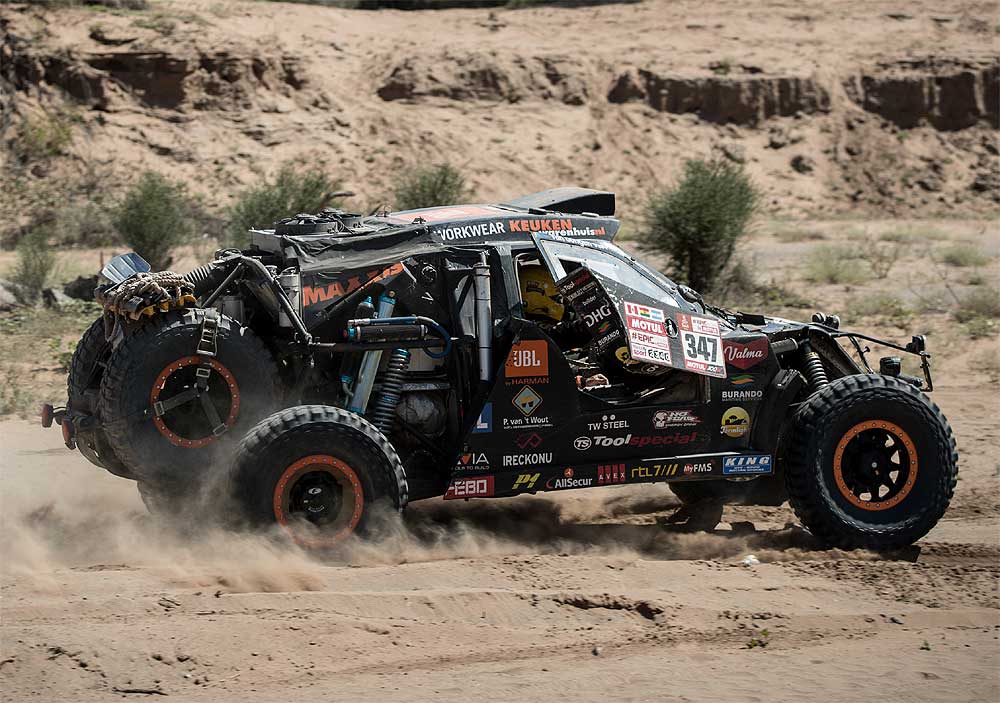 "She is getting more and more naked. Normally, I quite like that, but now, I am having a few doubts," a smiling Tom Coronel said about his Jefferies Buggy. "We were having problems for 800 kilometers. Thus, it turned out to be a tough day on the penultimate stage. We were still having issues with the temperature management. The throttle cable and the gearshift cable melted once again. As a result, the car got stuck in second gear while the throttle was stuck as well."

"Tim had two feet on the pedal, one in front of it and one behind it, while holding the handbrake lever with his hand. And like that, such a stage lasts very long. But after such a battle of a fortnight, we can take on another day like that as well. The problem can be solved before the final day. We have now taken out the windscreen, allowing the air to flow underneath the bonnet through the cockpit to provide some cooling. It works, but like this, we hardly have any parts left on our car!"

For the Dutch duo, this year’s running of the Dakar Rally has turned into an exhausting affair as well. There are only 120 kilometers to go until the finish. Tim is really looking forward to it: "We are having a lot of fun in the car and we have had worse in previous years. For ourselves, for our team and for our partners, there is just one thing we want: Blasting across the finish line. A normal person would have given up ten times already, but fortunately, we aren’t normal."

Tim took care of the driving throughout the rally. Perhaps that will change on the final stage: "The initial plan was for Tom to drive the final 120 kilometers. That was the deal. I have driven the entire Dakar Rally, so as far as I am concerned, he can drive the car across the finish line. A trouble-free final stage would be nice."