After the first two days full of problems, Tomas Ourednicek and David Kripal from Czech Republic finally enjoyed real racing on third stage of Dakar Rally, bringing their Ford Ranger Dakar home in a provisional 51st position in the special and thus climbed up to a provisional 58th place in the overall classification.

"Today’s special consisted of two parts with a short neutralisation between them," reported Ourednicek. "The first part was great for us, finally real racing. We started among the last cars, but we managed to overtake maybe twenty vehicles in 80 kilometres. The second part started well, too, but then suddenly smoke flooded the cockpit. We stopped to check the car and the source turned to be the air condition. We checked everything, and went on." 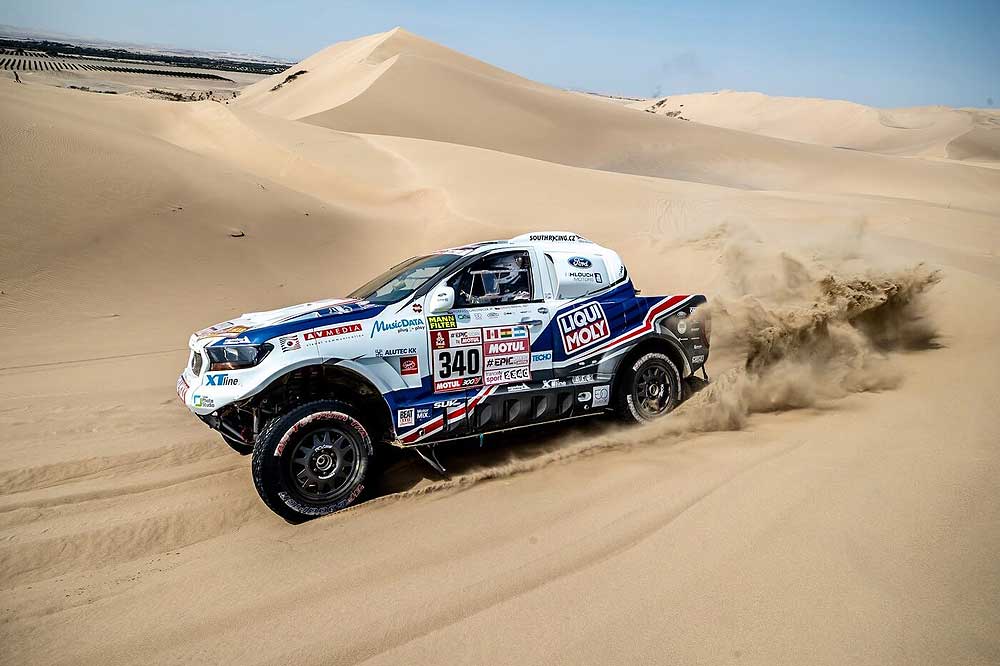 "Then at a certain place many cars got lost, including us, and we were looking for the right way for about an hour, and many trucks passed us. After a small navigational mistake, we got stuck on a dune in a quite bad situation and there we experienced not the same but a similar problem that we had yesterday with the throttle. Altogether, this was not an easy day either, but at least in the first part of the special we were able to drive in our pace and really enjoyed it," Tomas Ourednicek summarised the day.

"Not far away from the start of the second part about twenty cars and trucks were searching for the point. Generally, the roadbook is good but there are certain points that are really not clear. Anyway, this is Dakar, it’s never easy," David Kripal added with a smile.