The 40th edition of the world famous Dakar Rally was brutal for the car category drivers - only 43 teams reached the finish line after 14 days of racing in the South America. Toughest ever for some, it was named fairly easy and very interesting by the Lithuanian CRAFT Bearings Dakar Rally team with their Overdrive Toyota Hilux. Led by 9-time Dakar starter Antanas Juknevicius together with his co-pilot Darius Vaiciulis, the team has thrived in the treacherous conditions. 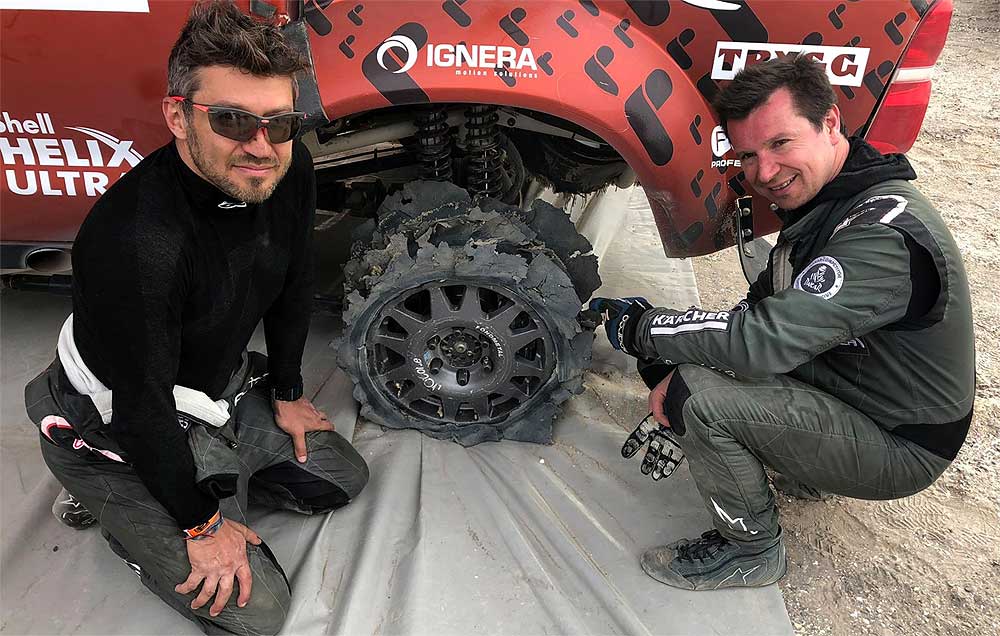 Starting from the 21st position on the grid, the crew took the start of the Dakar slow and steady, however, came back to its original pace in SS02, where the crew finished 19th.

As every competitor in the Dakar Rally would say - there's always one day in the competition, when you have to go through hell to reach the finish line. That was the case in SS04 for Antanas Juknevicius. After crossing the dune section, the crew was planning to get out in order to increase the tire pressure for the rocky terrain ahead, however, made a decision to risk and payed the price. Eventually, the team fell into the dust of roaring Kamaz, the Overdrive Hilux jumped on a sharp rocks and blew three tires in one hit. This was just the beginning of all the troubles as the crew later had to change additional two tires and after borrowing some from the competitors, the crew finished the last 40 km with blown-out rear tires.

Nevertheless, Antanas Juknevicius and Darius Vaiciulis ploughed on with a smile on their faces and eventually started going back up the leader board. After the unexpected rest day, when SS09 was cancelled due to the weather conditions, CRAFT Bearings Dakar Rally team was in 16th position, but cranked up the rhythm and climbed four additional positions into the record-breaking 12th overall at the finish line.

This was the third time Antanas Juknevicius has broken the record of the Baltic states - the first being in 2009, when he finished 25th overall, and the second last year - 21st place overall. 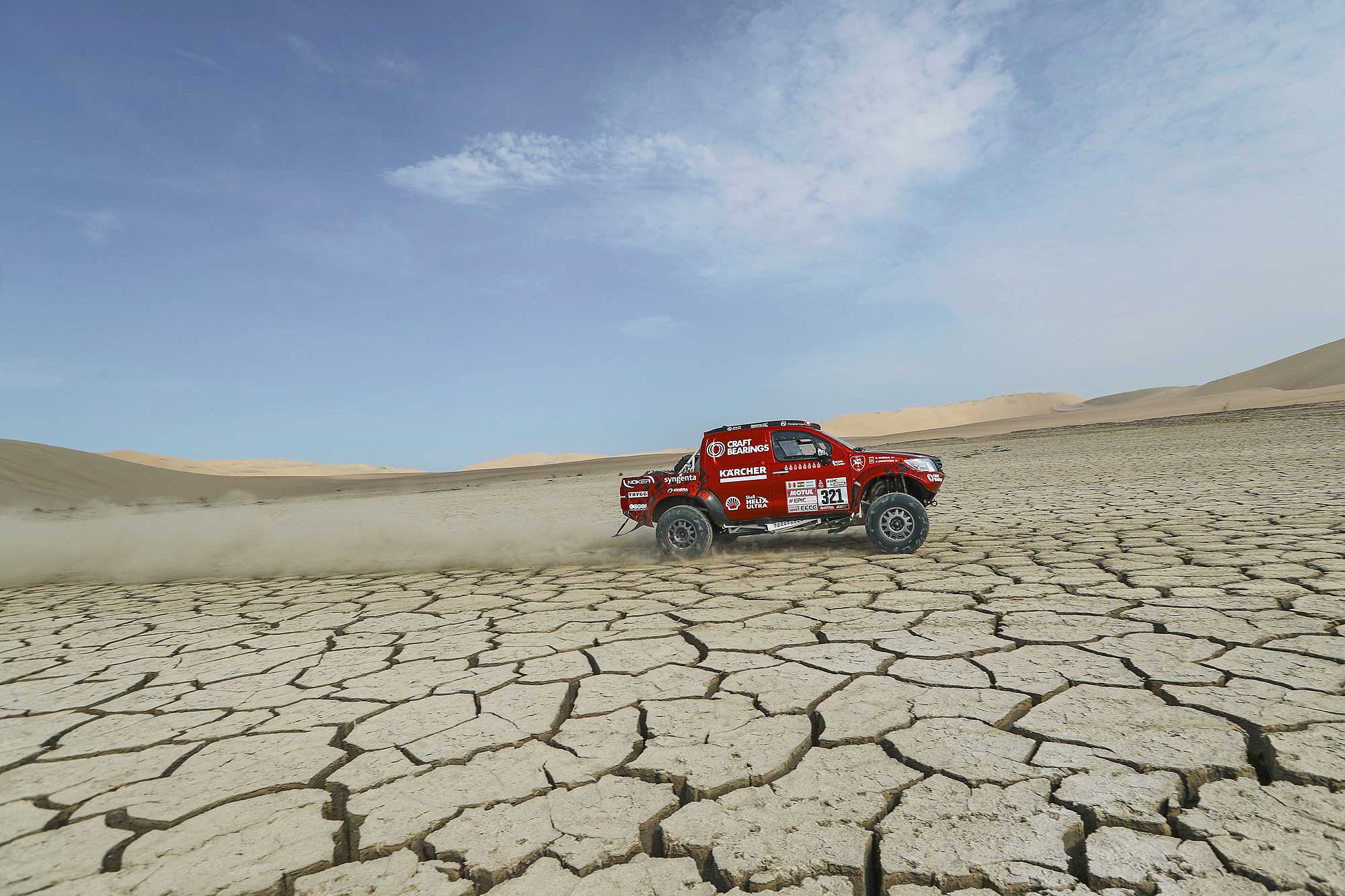 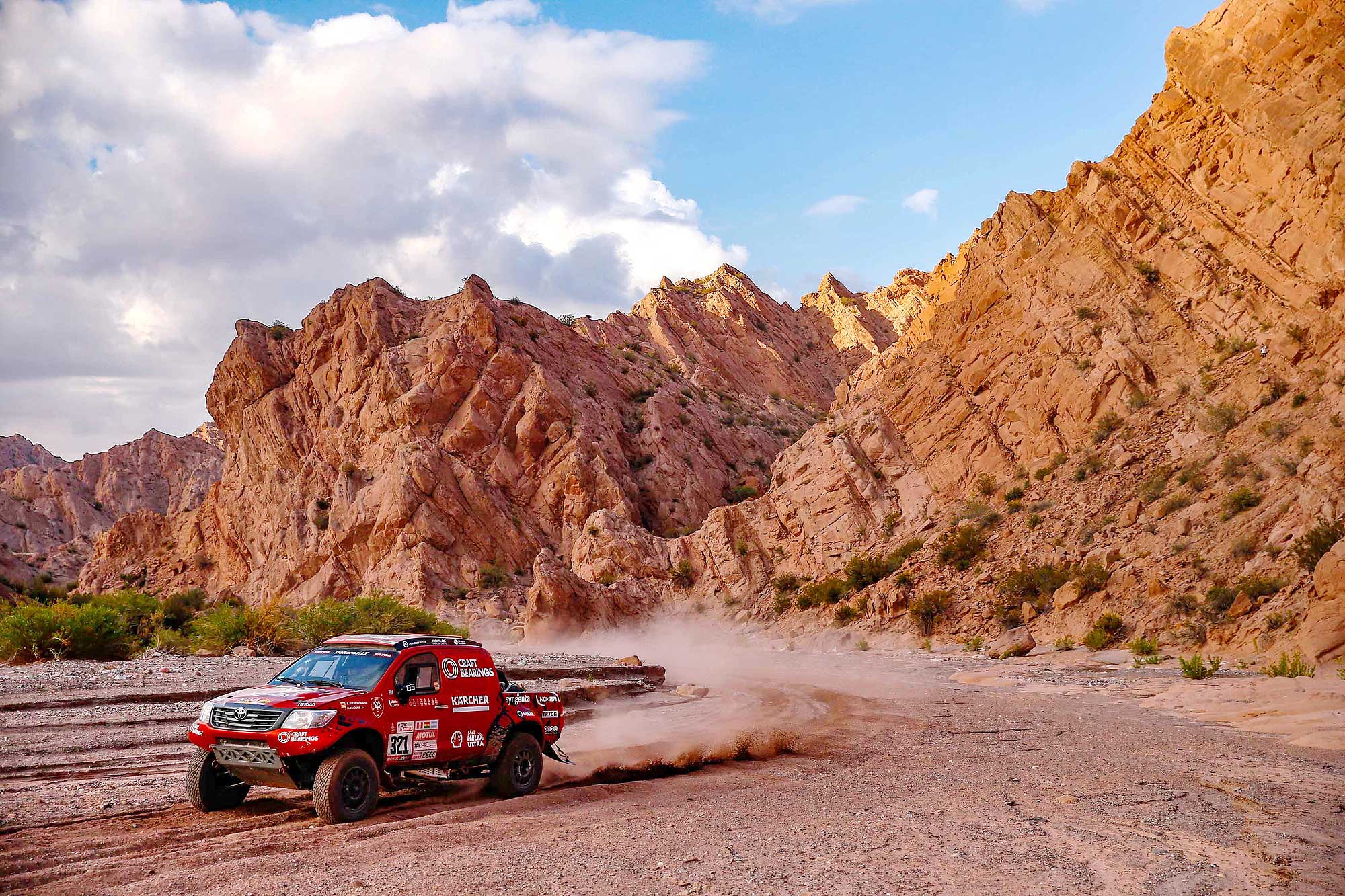