Delayed by heavy fog, SS04 finally got off to a spectacular start with the car category getting under way in groups of four, side-by-side. The noise of competition engines was pure entertainment for the masses of spectators that lined the starting point of a long stretch with ocean views. For the competitors it signalled the start of another hot day and the prospect of 330km special stage consisting of dunes, sand and soil interlaced with stony areas. 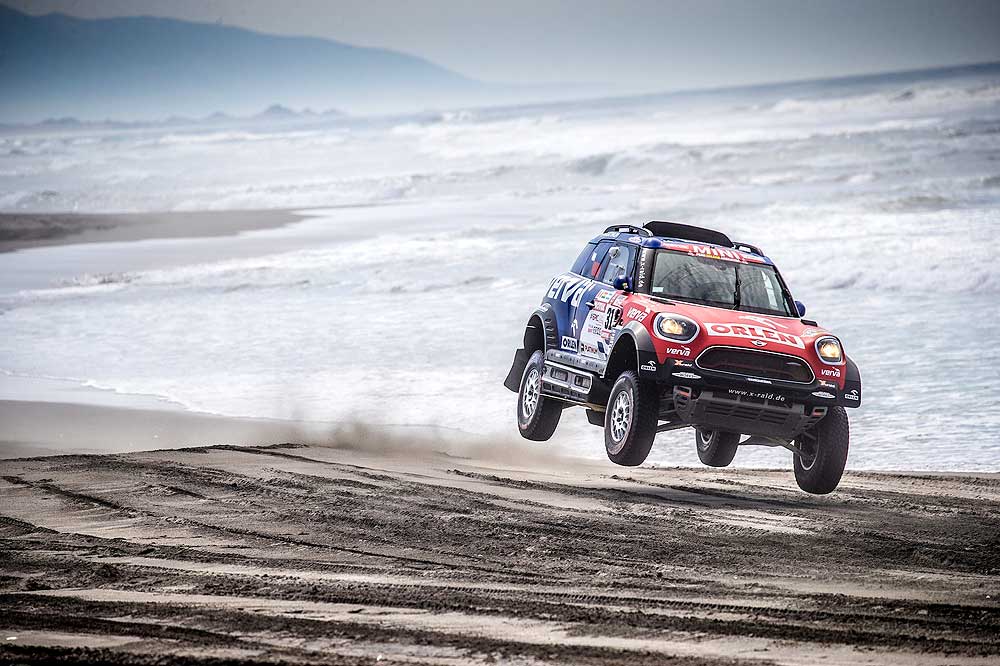 Mikko Hirvonen and Andreas Schulz in the all-new Mini John Cooper Works Buggy were the first of the Mini Family to complete Stage 4 and did so in style. At the end of the 440km stage, Hirvonen was checked through as completing in 4th place. "Today was pretty good," said Hirvonen. "We didn’t have a lot of issues. Two times we had to turn back and try to find the waypoint. There was also a lot of dust. I’m happy that we were able to show the potential of the Mini."

Yazeed Al Rajhi and Timo Gottschalk in the second Mini Buggy also claimed a top ten stage finish with 9th place. With Rajhi driving at the same fast pace that has made him a noted cross-country specialist, his Mini JCW Buggy is now placed 23rd overall, which is a superb result given that after Stage 3 it was classed 49th. "We stopped two times. One time to replace the tyre, and another for a small technical problem. But all in all it was much better day." 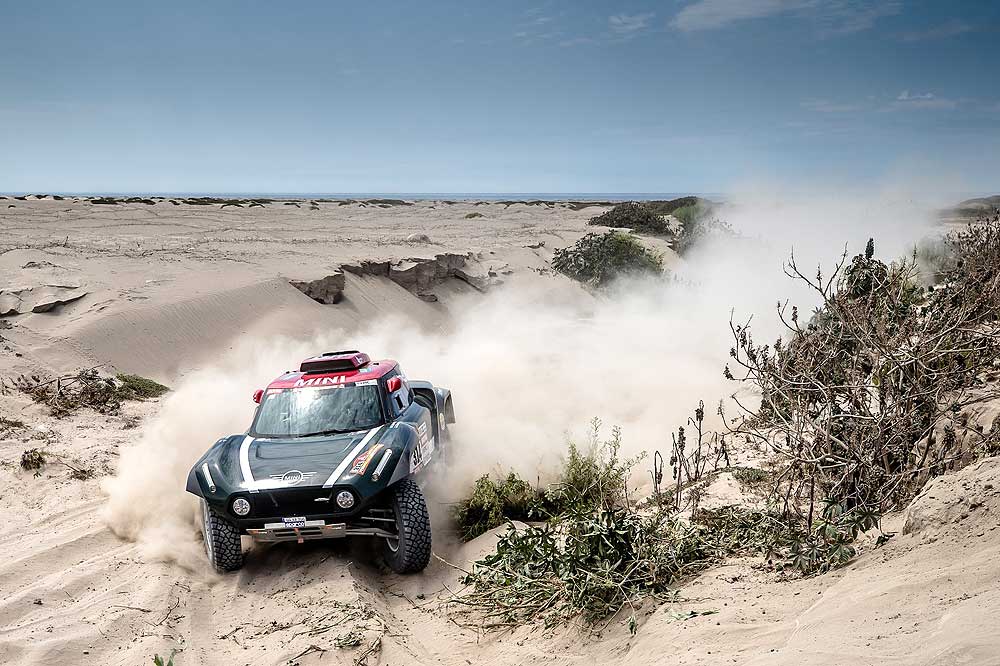 Once again Jakub Przygonski and Tom Colsoul drove at a measured pace to maintain their consistent performance so far. It was a good tactic because it kept possible problems to a minimum and rewarded the crew with 12th place at stage end. This result now places them inside the top ten overall leaders at position 10.

"It was a tough and long day," said Przygonski. "A lot of things happened on this stage. We had three punctures and, of course, we had no spares remaining so we started to worry about this. We got stuck in one canyon and the dunes were really soft, which meant sometimes they were impossible to cross and we had to go around because we couldn’t get up. Then there was the dust..."

Also in fighting mood was the crew of Boris Garafulic and co-driver Filipe Palmeiro. Determined to make up for lost time during Stage 2, the pair did exactly that by finishing today’s stage in 14th. This places them 24th in the overall race classification, up from 55th, and directly behind Mini Family members Al Rajhi / Timo Gottschalk.

Orlando Terranova and Bernardo Graue were victims of a racing incident, which saw them roll the Mini. However, they managed to get underway again to complete the stage.