The Ssangyong Tivoli DKR pilots and Dakar-rookies Óscar Fuertes and Diego Vallejo were on the ropes in SS12. The Spanish couple suffered technical problems in their vehicle that were about to leave them out of the race just three days before the end, but, as good fighters, they knew how to overcome the adversities and complete the day in an epic way. 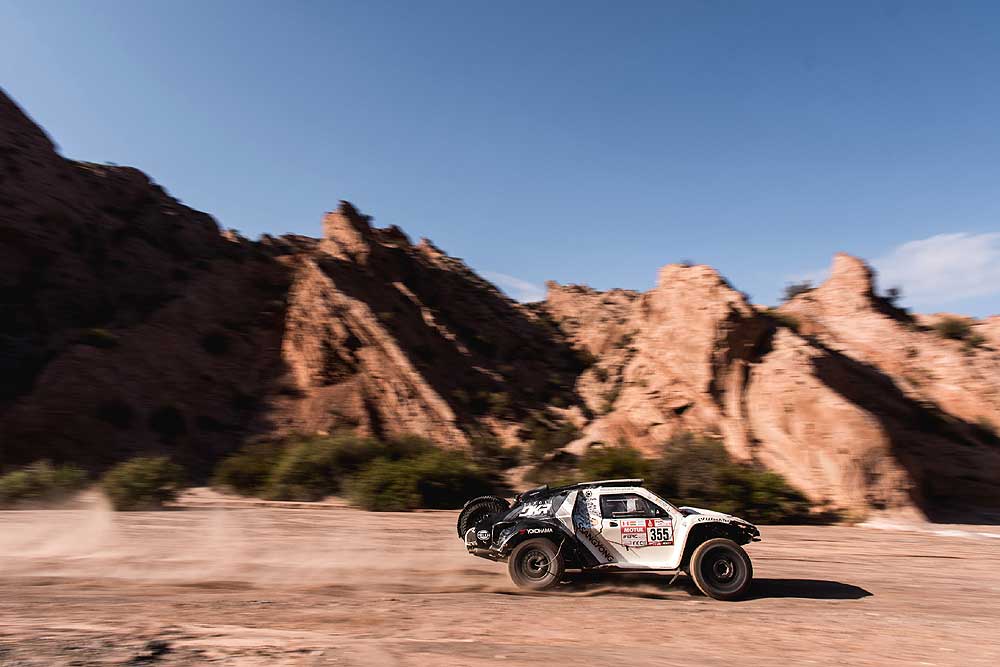 Shortly after the start the driver from Madrid had first technical problems but the crew could solve them and continue. Later, just before starting the second part of the special, it was the gearbox making problems. They had to wait for the service, used the pieces of two gearboxes to built one that worked correctly and allowed them to continue. "We have incredible mechanics and an incredible team," Fuertes said firmly.

Due to this setback, the SsangYong Motorsport team lost more than five hours and the primary objective was to reach the finish line in the maximum time set to continue in the race. 22:38:10 hours after the start, they reached the finish at 5:00 local time in the morning. "It was an odyssey to get there because we did not see much in the night but the important thing is that we managed to finish," said navigator Diego Vallejo.

The difficulties did not end there for the Spanish group, because just three and a half hours after arriving in San Juan they had to start in today´s SS13. "We took advantage of get some sleep while the service helped us, we got into the car even without time to shower," said Fuertes.

After this adventurous stage, the SsangYong Motorsport team is now 31st in the overall standings and 4th in the T1.3 category. Fuertes, which remains the third best Spanish in cars, is also one of the only two rookies that continues today, a total of sixteen started race. "We have the spirits for everything because we almost see the goal," ends a fireproof Fuertes.