Abu Dhabi Racing and Peugeot Middle East official driver Sheikh Khalid bin Faisal Al Qassimi, behind the wheel of a 3008 DKR Maxi, with co-driver Xavier Panseri, stayed inside the top 10 on completion of the Arequipa/La Paz stage of the Dakar Rally. Al Qassimi ended the day in 8th overall. Sheikh Khalid faced numerous problems on the stage and lost considerable time, but the Abu Dhabi Racing driver overcame the hurdles to stay inside the top 10 by classifying overall in 8th at the end of the day. 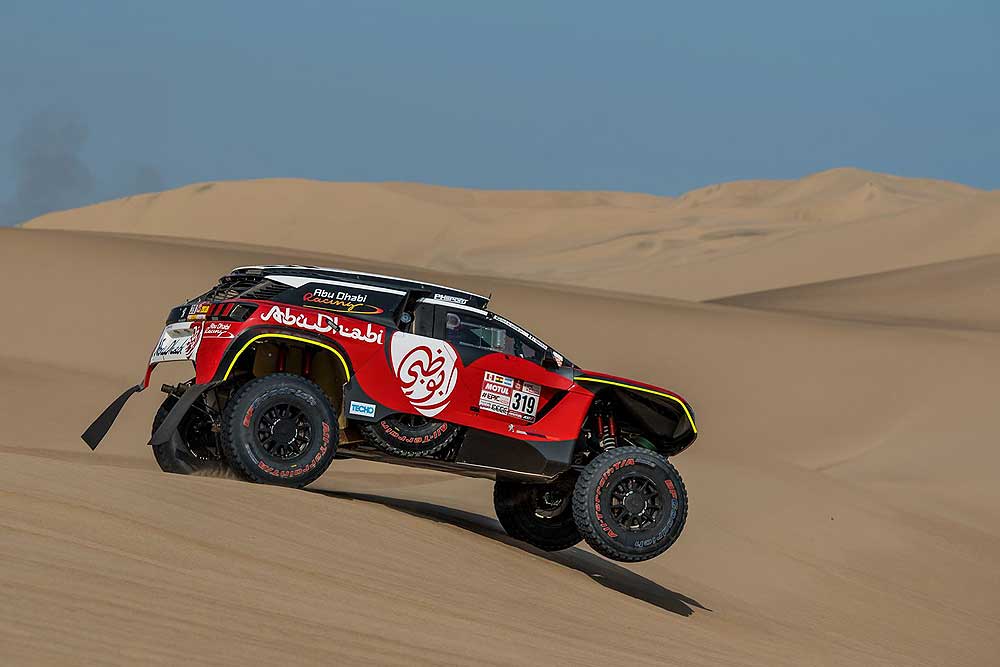 With a much deserved rest day on Friday, Sheikh Khalid said: "We started the day and had a bit of a problem on the first stage because we were at a very high altitude. We felt that there was something wrong with the car, it was not performing well. We thought may be because of the altitude and the temperature as the car was very cold. We started the car and drove for about 10-15km and we noticed there is no power; the car could hardly reach 100 km/h."

"Then the car stopped as it could not take any more throttle so we had to stop and try to reboot the car. So we waited for a while and tried again; the car started but was moving very slow, so I thought it was better for us as the car was at least moving. Then towards the last 20km it started raining and I tried to use the wiper which unfortunately was not working. As it was not heavy rain we continued as I managed to see the track ahead." 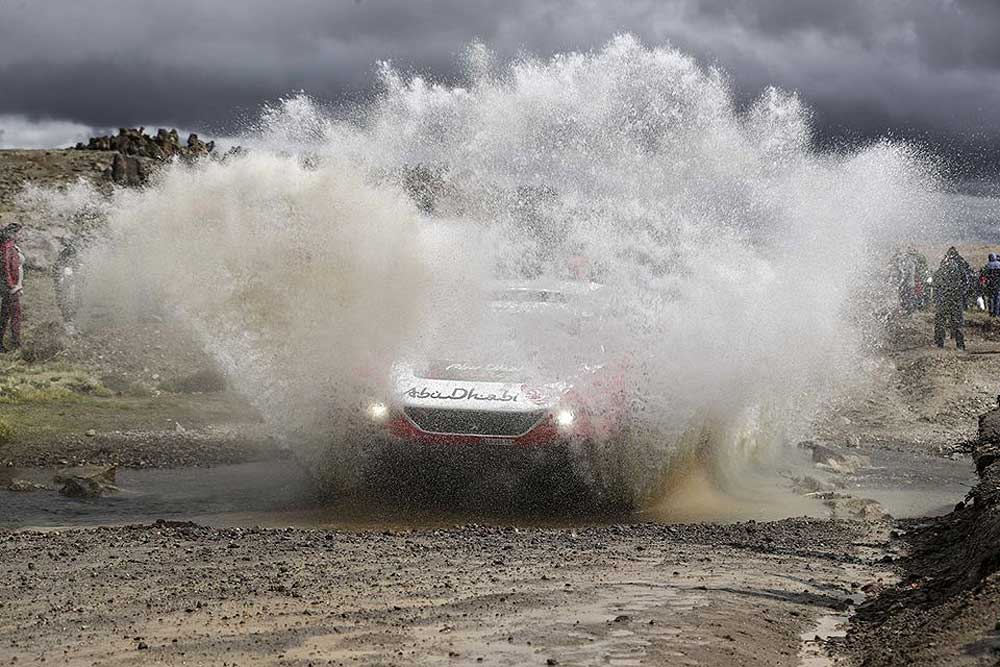 "Because it was a bit difficult we hit a rock in the last about 19km and we had a flat tire, so I had to drive with a flat tire. Anyway, we finished the stage, we lost whatever we lost. We then drove about 200km of road section and crossed the border. Another problem we had was a leak in the hydraulic. So we locked all the hydraulic pipes where we got assistance from Peugeot Sport driver Cyril Despres. I have to thank Despres for the help, he had a look at the issue and did something about it which gave us a little power, though not enough."

"We started the stage and unfortunately it started raining very heavy and my wipers were not working. We could hardly see our way ahead. Our notes indicated that ahead there was lot of mud with big holding water. I hardly crossed it because I could not see anything in front of me. So we took the laces of my co-driver and the ropes that hold the doors and made a hole in my window and tied it to the wiper."

"I was thus driving with one hand and pulling at the wiper with the other to give me a little bit of view. I really struggled because about ten times we had to stop as it was difficult to move. Anyway, we eventually finished. It was a very long and hectic day with a lot of problems with the turbo, the mechanical hydraulics, with the wipers, the flat tire. But still, we are not very bad in position. The team will now put the car together."