The Argentinian Renault (Dacia) Duster Team overcame a very tough section on Sunday that entailed great difficulty, on a highly unstable terrain and high temperatures that put all competitors to the test. Emiliano Spataro and Santiago Hansen had a very good recovery. In addition to winning several positions, they traveled without major problems the whole route, despite a problem with the fuel in the Duster product of the high temperatures in the region that slightly delayed them. The clock stopped in 03:39:03 hours, 42:18 minutes from the winners of the day, to take over the 18th place.

"It was a very hard stage, with lots of sand, a lot of desert and with a beautiful part of winding road with jumps," said the Argentinian Emiliano Spataro. "We rode well in the beginning, we passed a lot of cars from the very beginning, for half of the stage we had already overcome about fifteen rivals." 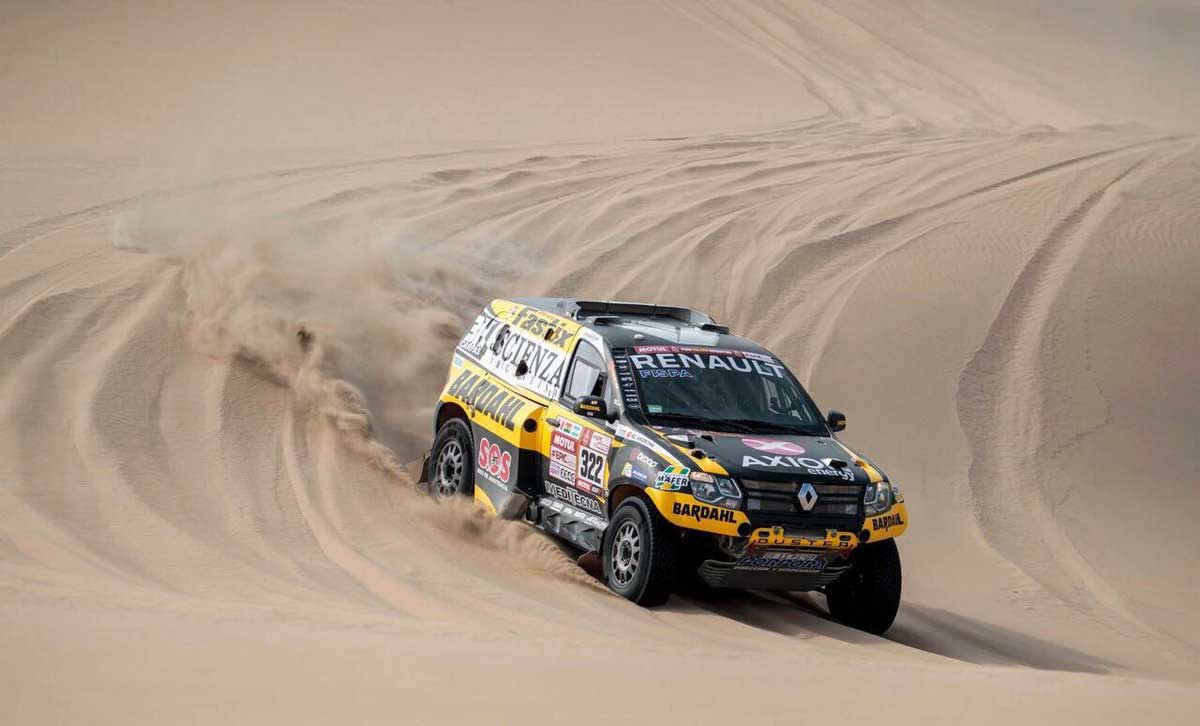 "In the highest parts of the dunes the car came with temperature, it seems that the temperature rose a lot at that point and the gasoline boiled," he continued. "We had to stop, let cool, wait for about twenty minutes and there we could resume another section with very good pace, again recovering positions, until we had to stop again for the same thing missing only seventy kilometers to complete and cool for another ten minutes. The car goes excellent in the dunes, Santiago's work was excellent. Everything went well, we have to solve the issue of fuel temperature tomorrow so we can do it as clean as possible and recover more."

Carlos Sousa and Pascal Maimon in the second Duster took weapons with the purpose of reducing the disadvantage produced by the penalty received after the first special. The start was good, although the break of a steering head forced them to stop to repair. Therefore, they arrived at the 26th place at the end of the section after 04:21:27 hours.

"We can say that today was a real stage of Dakar, quite complicated and dangerous, with fantastic dunes," Carlos Sainz reported. "The road today was very interesting. It was not quite good because we broke a steering head and lost a lot of time in repairing it. Happily, we had the spare part with us, we made the change and continued. About the end we had some indication of an increase in fuel temperature, it will be a matter of working with the team to improve on that."