Enjoying a highly positive start, the Yamalube Yamaha Official Rally Team saw three of its riders finish inside the top seven in the provisional overall standings. Headlining the team's efforts in this short opening stage, Adrien Van Beveren was second with his teammates Xavier de Soultrait and Franco Caimi securing fifth and seventh respectively. Reaching the finish of the stage without any issues, Rodney Faggotter posted the 25th fastest time. 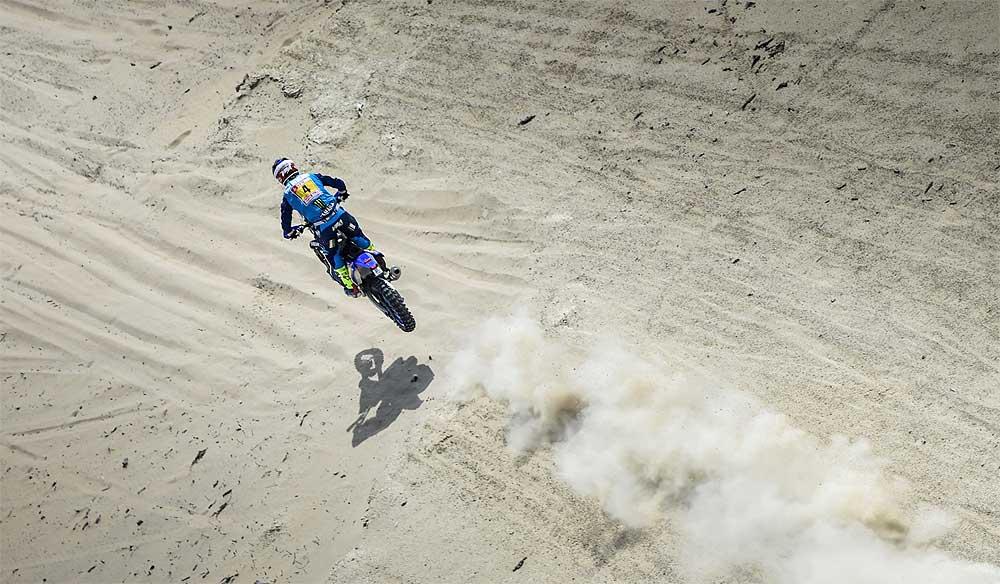 "The Dakar has started and that feels good," said Adrien Van Beveren. "We've been working hard all year for this event so it felt good to get things started here in Peru. As for the special stage, I decided to attack from the start. I pushed hard but one-kilometer into the special there was a big dune with a big jump on its back side. I took it easy and continued the rest of the special on my own pace. My goal for the rest of the days is to stay fast while also making sure I avoid taking risks. We have a great bike and our setup makes things even easier in the dunes. Overall, I'm really happy with the way this Dakar started and I'm looking forward to the coming days."

Enjoying a great feeling aboard his WR450F Rally machine, Adrien's teammate Xavier de Soultrait wrapped up the first stage of this year's Dakar with a solid fifth place result. "Everything went fine for me today," he reported. "The special stage was quite short and lasted a little more than 20 minutes. My bike was running great from start to finish and I posted a good time. I'm fifth now but really close to the riders in front in the overall standings. The real race starts tomorrow, with the first long and challenging rally stage of this Dakar. I'm ready for the challenge. I've worked hard during the last couple of months and I'm looking forward to the longest stages of this Dakar." 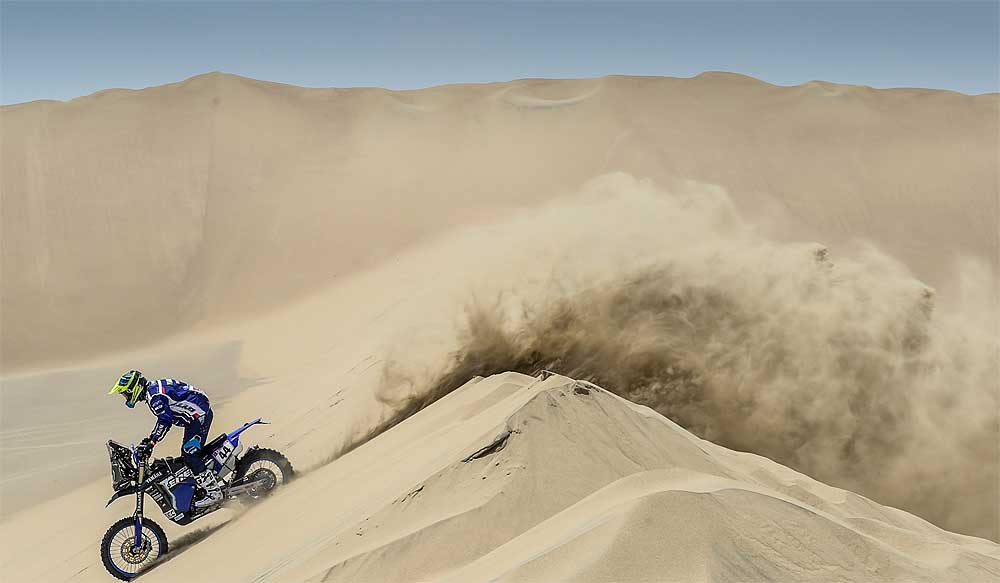 For Yamalube Yamaha Official Rally Team's Franco Caimi, this short opening stage was the perfect opportunity to shake away pre-race anticipation. "It was a very good stage for me and I'm really glad this race has started," Caima said after the stage. "There's been a lot of anticipation and some tension in the months and the weeks leading to this big event, so it felt as if the pressure was off once we got going this morning. The last couple of weeks and days have been really long as we were all looking forward to the race. It feels great to be here racing my Yamaha in the dunes of Peru. The bike feels great and I could hardly ask for anything better. I'm waiting for the first big stage of the race tomorrow. My goal is to gradually improve my pace from now on until the very end of the race."

Taking his time to settle in, Rodney Faggotter brought his Yamaha to the finish of Saturday's stage in 25th position. "Stage one went pretty well for me. With it featuring a short 30km-long special stage, I did my best trying to settle in as smoothly as possible," he said. "Riding in the deep sand demands a specific technique and I'm gradually getting used to it again. With riders starting in reverse order, we needed to be extra careful when passing people. I played it smart and tried to avoid making any mistakes. Overall, everything is going according to plan and I'm happy we got this event going. It's going to be a long and demanding two weeks of racing, but I'm more than ready for them."