Dakar Rally 2019: (+VIDEO) Sam Sunderland and his fight for a Dakar-comeback

After fearing that he’d been paralysed during the Dakar Rally, British KTM-rider Sam Sunderland was back competing in just over a month. Now he shares his journey with his Sponsor Red Bull, written by Greg Stuart (full story at RedBull.com, see link below). 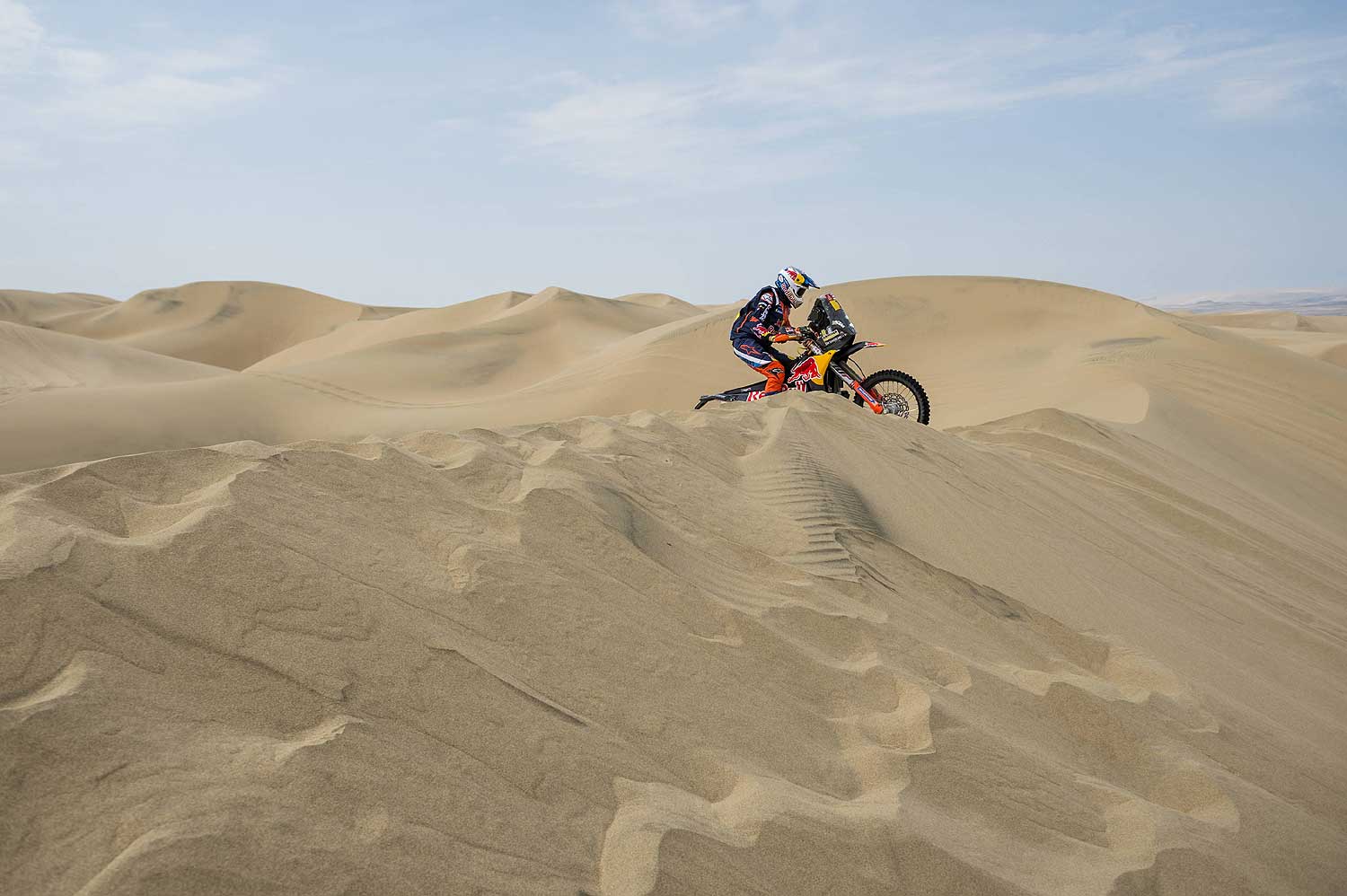 Picture the scene: You’re four days into the Dakar Rally. You have the Number 1 your KTM 450 Rally bike, denoting the fact that you’re the incumbent winner of the race. And, with a six-minute lead already, a small part of your brain is starting to think that maybe, just maybe, you might be able to hold on at the front and repeat your triumph. Then your bike hits a tiny, innocuous dip in the sand, and all those daydreams, all those hard months of training to be ready for the world’s toughest rally raid, go up in smoke.

That was British rider Sam Sunderland’s experience at the 2018 Dakar Rally. "It was all going smoothly," says Sunderland. "About 280km into the stage, there was a waypoint control at the top of these dunes. I couldn't climb it, so I came out in the bottom of the dune and took a bit of a run up, because I could see a bit of a flat line and I was like, ‘OK, if I come there with some speed, I'll climb it and the waypoint's there’. There was a little square pocket with real sharp banks on either side... I didn't see it at all, and because I wasn't really ready for it, I wasn't tense and I didn't have my legs strong. I hit the seat and there was a huge compression up my back."

The bump itself wasn’t enough to stop Sunderland’s progress – he kept on riding, having not even even come off the bike. But as the kilometers passed, he knew that something was seriously wrong.

"I started to feel pins and needles in my feet," he recalls. "I carried on for another 10km, and the pain was getting worse and worse. Slowly, my legs started going to sleep. Then I couldn't feel my knees, and I was petrified. I tried to continue, but it got to the point where I couldn't stand up any more, couldn't brake, couldn't change gear. And it killed me to stop and push the red button on my bike when I was leading the Dakar Rally. It broke my heart – it sucked. But in the moment, I was really scared for my legs." 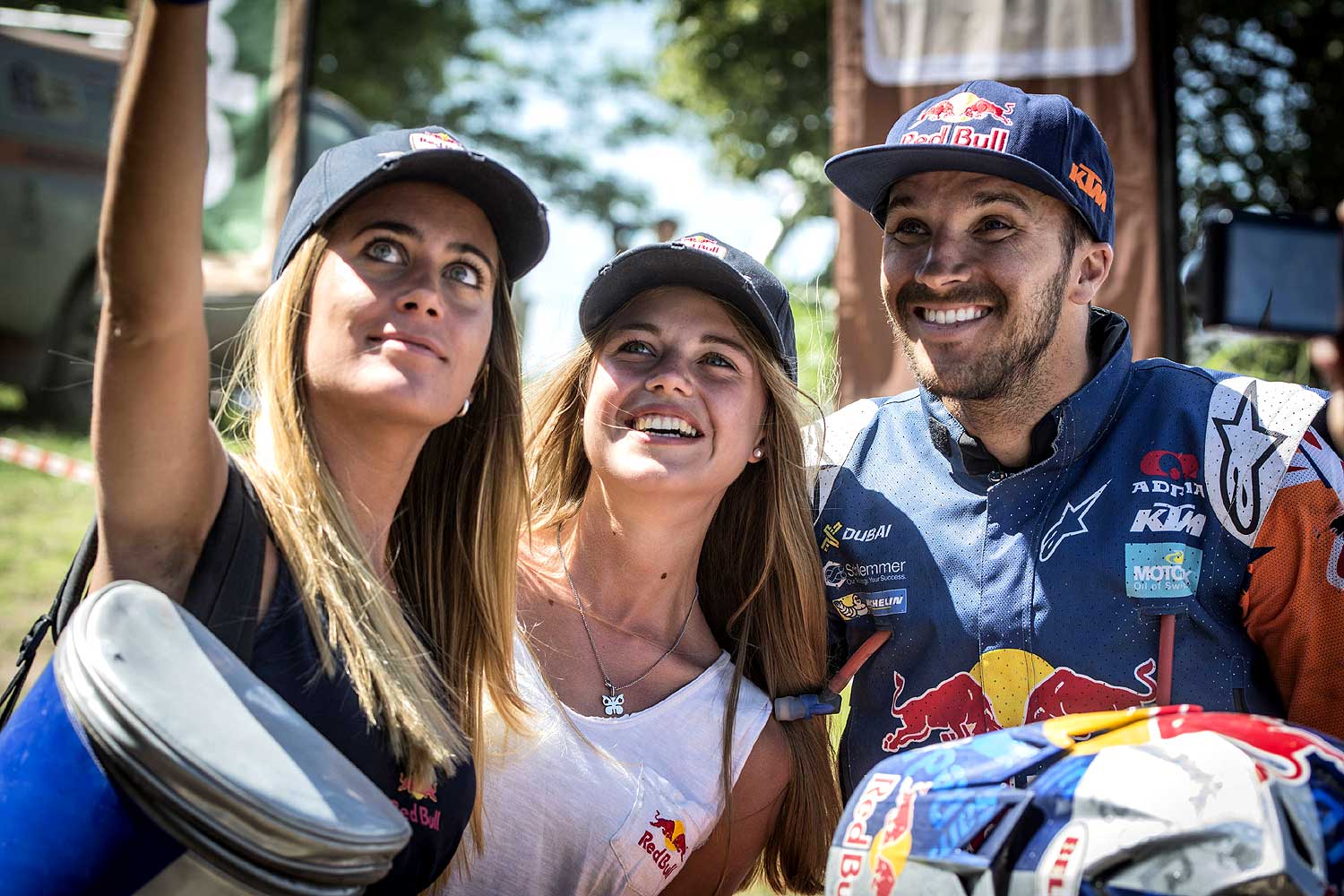 Fortunately, as the race leader, Sam Sunderland’s progress was being tracked by the media helicopter, who were on the scene in minutes to help the stricken rider. Their cameras picked up the frightening footage of Sunderland writhing on the desert floor, the thought that maybe he was now facing life in a wheelchair flashing vividly through his mind.

Happily, the paralysis-like symptoms Sunderland was experiencing were actually caused by the squashing of two discs in his back, and the subsequent pressure that that put on his spinal cord. And although Sunderland admits that he was deliriously happy that the diagnosis wasn’t anything more serious, his relief was tempered by that same natural, hungry competitive spirit that had netted him his first Dakar win in 2017.

"In the hospital, they gave me some really strong medication, some type of anti-inflammatory. Once I'd settled down and was calm for a couple of hours, I thought, 'I'm OK!'. And it was the best feeling ever," recalls Sunderland.

"I've got some friends who've got paralysis and it’s... it's not easy," he adds soberly. "Of course I was pissed off. I felt really strong, the new bike was working really good, I'd worked so hard to be there, with all the hours and hours of training. And I was leading… But if you asked me to choose between feeling my legs or winning the Dakar, the choice is clear."

Back in England, Sam Sunderland received pain treatment from a Harley Street specialist, which he described as, ‘like turning the light switch off – the pain was gone completely’. The journey back to competition fitness had begun. "I was so strong and so fit before the Dakar, as everyone is," says Sunderland, "so I'm still in really good shape, because this only happened a few weeks ago. So I feel good in myself, and my back's got better fast. I just need to keep building up slowly."

One thing's for sure: If he’s fit and healthy when next January rolls around, be in no doubt that you’ll see Sam Sunderland on the start line at the Dakar Rally 2019. He’s got some unfinished business there after all... Read the full story at RedBull.com (see link below). 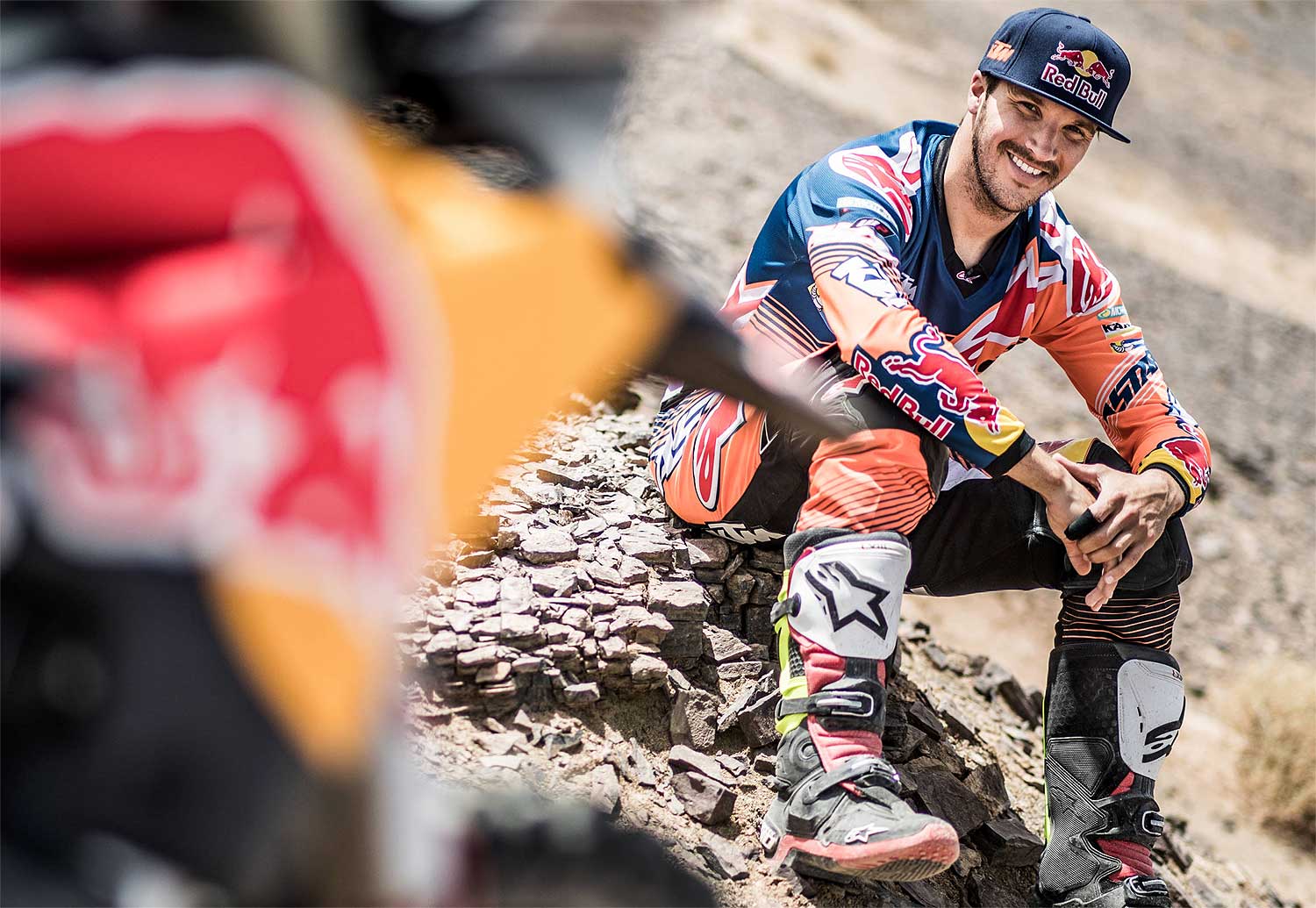