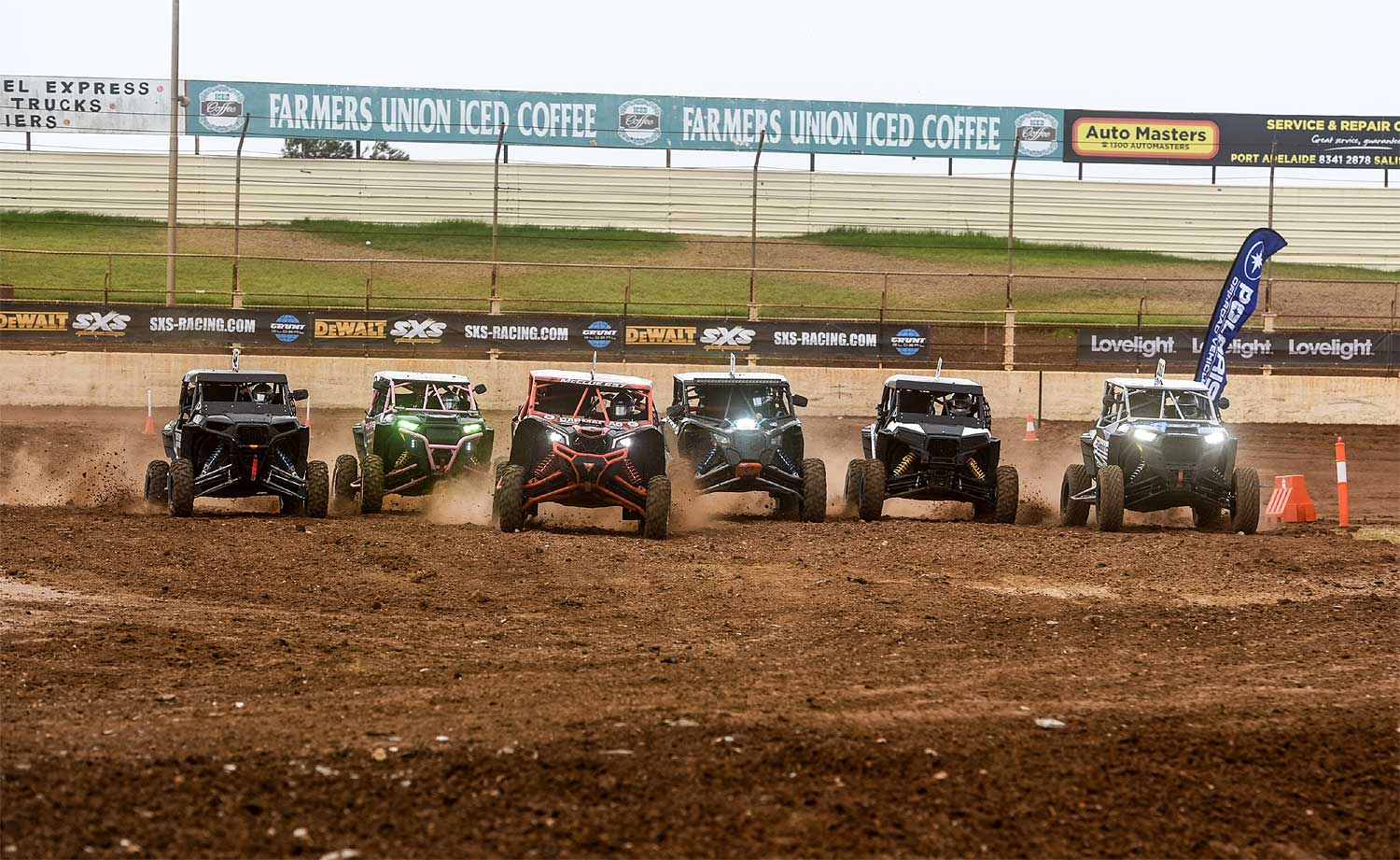 The drivers launched their CanAm and Polaris SXS’s off the huge jumps, through the whoops and around the switchback turns and berms, turning on the entertainment for the crowd under lights. The dawn of the new season also delivered a new race format. With an all action grand final shoot out determining the round winner, after the drivers were unleashed in a series of high energy heats and semi finals.

Simon Evans made his intentions clear during the five heats, with 4 wins and  a second before going on the stamp his authority on the grand final and take the outright and SXS Turbo Class win at the opening round of the DEWALT SXS Australian Championship. Behind the #360 Polaris RZR turbo Evans, CanAm Maverick X3’s filled the podium with 2017 SXS champ, Ewan McClue piloting his #657 CanAm into second ahead of #685 Steve Henry in third.

Polaris had a clean sweep of the podium in the naturally aspirated SXS Sport Class, with Glen O'Brien earning a well deserved break through win in the #66 Selby Acoustics Polaris RZR. Two more fresh faces filled the podium, with #81 Robert Gussenhoven taking second and #41 Young Veterans RZR driven by Steven Gregory in third.

The DEWALT SXS Australian Championship heads to Victoria for round 2 on May 12th, with the teams returning to Monza Park near Ballarat to battle it out. For more information visit the official website (see link below this article).