Winter is making major strides toward the crucial appointment of 9th and 10th of February. On that date, the "Massacre of the Enduro" is unleashed. The heart of the fire of the Competition is the Mountain. Hell’s Gate Metzeler 2018 is the Event, Il Ciocco is the Mountain. The rest is a breathtaking program along unholy terrains that once again draw their lifeblood from the evil of their inventor for a mind-boggling offer. 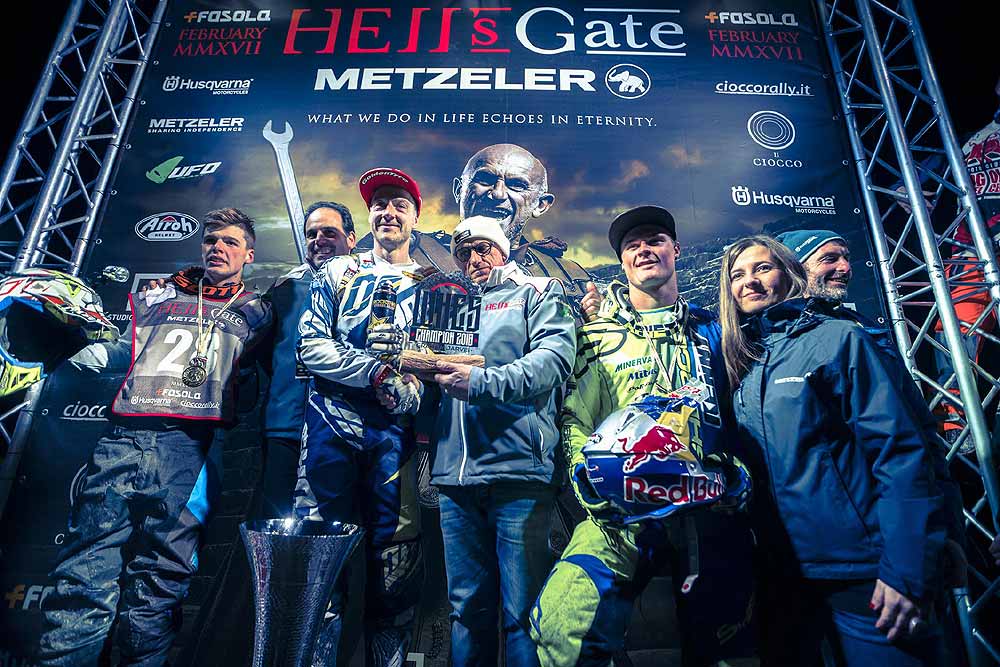 Fifteen years ago, when Hell’s Gate Metzeler 2018 came out of the gut imagination of Fabio Fasola, there were no rules to write: Everything had to go well beyond anything that was already seen or imagined until then. On a higher level. Terrifyingly simple!

That’s the way it is today. No holds barred. The 15th edition of Hell’s Gate Metzeler 2018 is the relentless struggle among Extreme specialists. But it’ll be much more, we’re not ashamed to tell you! The Aces of Extreme against the Legend, the Legends, of Hell’s Gate. For this, a memorable battlefield was needed that could also be the neutral theater of the essence of the Extreme.

Just one small anticipation: Hell’s Gate Metzeler 2018 will run its wheels where the Legend was born where the best Drivers in the World were pitted against their limits. Epic natural traps, the Mountain and its unknown. The novelty is the return of the natural, part of the stage of the first hour with its highlights – those written in History – together with the action taking place in the Hells’ Gate Arena and – great novelty – indoor as you have never imagined it. Are you afraid of ghosts? Good!

Hell’s Gate Metzeler 2018 is also HsG LITE. It’s not indulgence, it’s not absolution. Those of you know the event know that it is a top happening for Amateurs, Fans, and anyone who wants to put themselves to the test along the courses and obstacles of the ferocious Event, but at mood entry level. And what’s more, this year three different courses are available to try out, progressively. And then the Airohman Trophy, the Challenge Metzeler Grip.