Britain's fastest snowboarder Jamie Barrow has broken his own Guinness World Record, clocking a new fastest speed on a snowboard while being towed by a Maserati Levante SUV on the frozen lakes of St Moritz. Barrow previously broke the same record in February 2016, when he was clocked at a speed of 99.87 km/h while being towed behind a car across the same frozen lake in St Moritz. Despite breaking the record in 2016, Barrow was always confident that an even greater speed was possible, due to the track in 2016 being slightly shorter than originally planned and the soft snow not allowing the grip needed.

This time he returned to the lake with a powerful Maserati Levante SUV, a much faster car than the one used in his last record attempt, fitted with Pirelli Scorpion Winter tires. The special studded tires have 474 studs per tire and are 4 mm long to allow the best grip possible on the frozen lake. 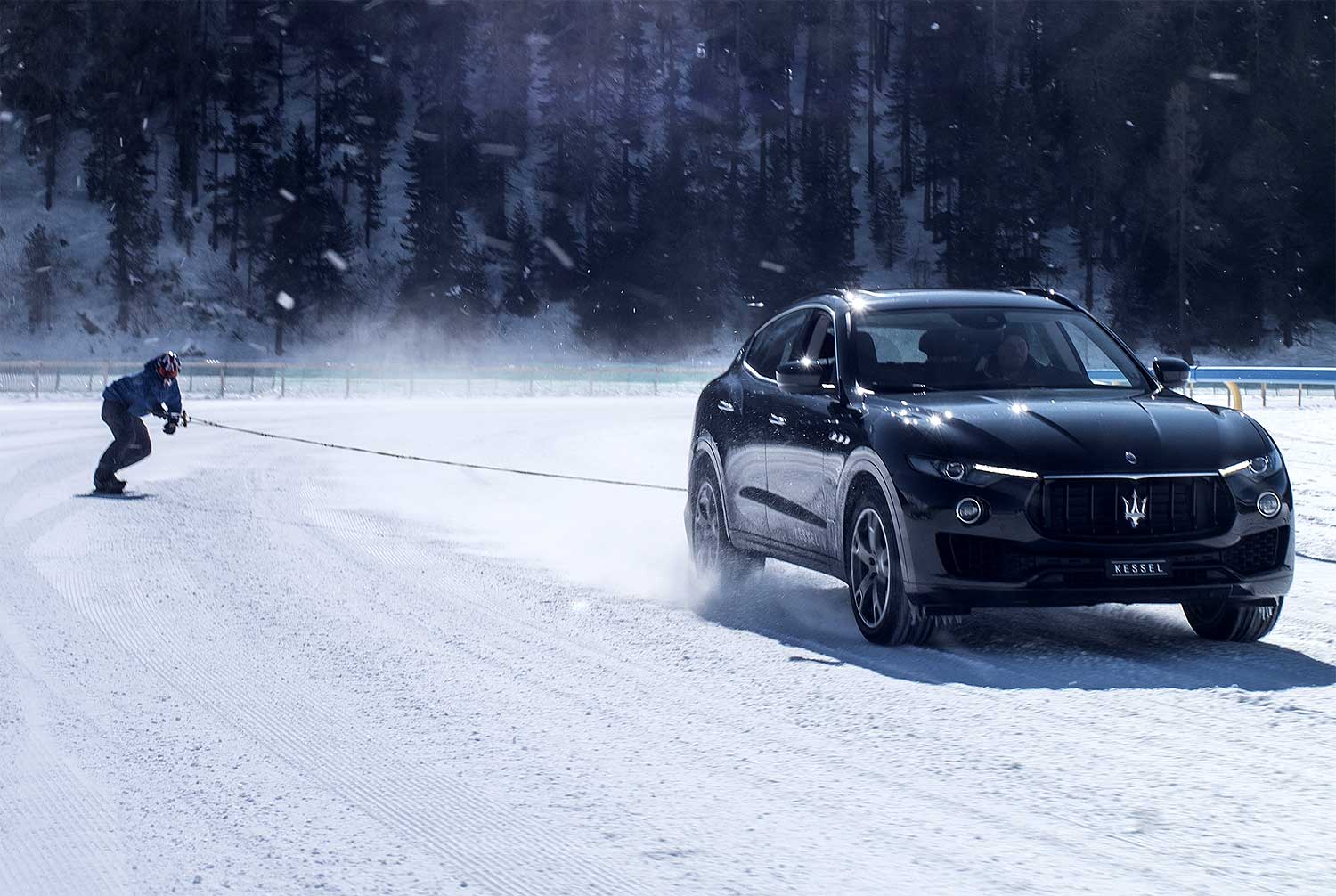 With the record attempt taking place on a frozen lake, safety and preparation were a major factor when planning the project. The track was closed, fenced off and piste-bashers groomed the snow especially for the Guinness World Record attempt.

Strict criteria had to be met for the record to meet Guinness World Record guidelines. These included completing a timed run in both directions with specialist recording equipment, set at 100m by a Guinness World Records official. With 400m needed either side so that the Maserati Levante could accelerate and slow down safely on the snow, a total run of approximately 900m was prepared.

About his newly set Guinness World Record, Jamie said, "I’m absolutely delighted to have broken my own record. I always knew there was much more speed possible with the right conditions and crucially the right car to tow me. The Maserati Levante made light work of the icy and snowy conditions, giving us the grip to really hit top speed. The adrenalin rush is always amazing when you hit those speeds – I’m just happy I was able to hold my nerve, keep the snowboard in line and ultimately smash the World Record."

In conjunction with the Q4 Intelligent All-Wheel Drive System, EPS improves the car’s handling and comfort, better supports the driving modes, and enables the newly-introduced active ADAS functions. The advanced technology allowed the Levante to perform on the frozen lake surface, without losing the razor-sharp steering feel expected of any Maserati.